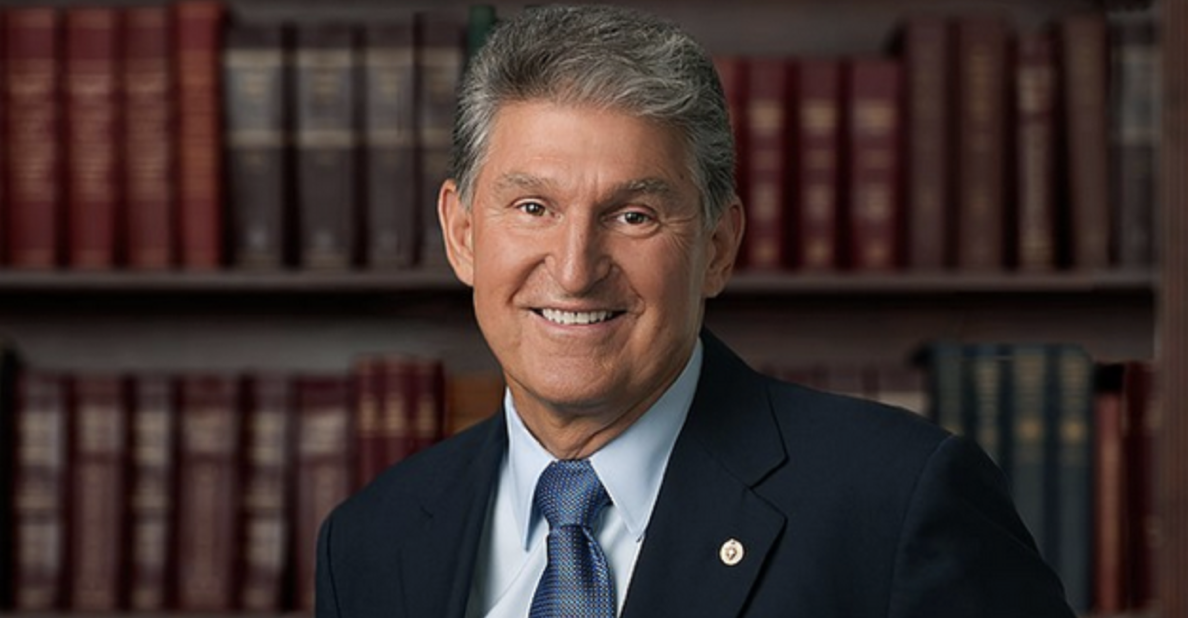 A week ago, when Democrats announced that Senate Majority Leader Chuck Schumer (D-NY) and Sen. Joe Manchin (D-WV) had agreed on a $740-BILLION SPENDING SCAM, Grassfire immediately labeled The Inflation Reduction Act of 2022 a "dirty, backroom deal." We knew something changed Manchin's mind about spending BILLIONS of taxpayer dollars in the face of skyrocketing inflation and a growing recession.

After all, the West Virginia "moderate" had held off on supporting the Biden regime's tax-and-spend monstrosities for a year. What was different this time? It took a few days, but the truth has finally come out. Two sources have confirmed that Manchin "secured a commitment" from Schumer, House Speaker Nancy Pelosi (D-CA) and Joe Biden that they would "green light" a project offering a direct benefit to West Virginia. The UK's Daily Mail reports:

Manchin may have opened the door by getting permitting commitments that would see the Mountain Valley Pipeline, which would carry liquid natural gas across about 300 miles of northwest West Virginia and southern Virginia, get approval.

According to WOWK-TV in West Virginia, Democrat leaders have committed "to pass legislation for the MVP to be completed and, 'streamline the permitting process for all energy infrastructure.' This will be used from, 'transmission to pipelines and export facilities.' Manchin’s office says it will be voted on by the end of the fiscal year, which is Sept. 30, 2022."

The fact that Manchin's dirty, backroom deal was predictable doesn't make it any less sad or infuriating. (Does EVERY politician have a price on Capitol Hill?) Shortly after the deal became public, POLICITO called it a "shocker" and "Washington's best-kept secret." But anyone familiar with how things work in our nation's capital suspected that Schumer and Biden agreed to something that changed Manchin's mind. Now, we know for sure.

Schumer is pushing for the first Senate votes on the Inflation Reduction Act THIS WEEK -- before the start of the Upper Chamber's August recess. The runaway government spending embedded in the Biden regime's "Build Back Broke" boondoggle will finance wasteful "climate change" initiatives, prop up ObamaCare AND supercharge the IRS!

This $740-BILLION, dirty, backroom deal threatens to increase inflation, push the U.S. economy further into a recession and unleash the IRS against conservatives and people of faith! The good news is there's still time to take action to fight the grossly misnamed Inflation Reduction Act of 2022 using Grassfire's unique FaxFire system.

Click here or on the banner below now to immediately fax 40 key Republican Senators and Sen. Manchin for just $30. Or reach 44 additional Democrat Senators with "Stop The Spending Scam!" faxes (up to 85 total) for only $50:

The Senate is still waiting to hear from its parliamentarian about whether or not the $740-BILLION dirty deal can pass using a legislative tactic known as "budget reconciliation." That would mean the Democrats' SOCIALIST SPENDING SCAM bill would require only a simple majority vote for approval. That means it could become law with ZERO REPUBLICAN VOTES! Don't let America become "The United States of Socialism" with no GOP support!

Over the past year, Democrat Senator Joe Manchin of West Virginia repeatedly said the price tag of Joe Biden's "Build Back Better" agenda was too high and refused to support it. But last week, he caved and went all-in on HUNDREDS OF BILLIONS in new spending. Fax him now to demand he "Stop The Spending Scam!"

"America First" patriots must NOT give up on this fight! "We the People" will lose BIG if this new "Build Back Broke" boondoggle is signed into law. Joe Biden and his radical, far-left allies in the House and Senate want to ruin America's future by passing another HUGE expansion of the federal government that will RAISE TAXES AND INCREASE INFLATION by spending BILLIONS on "climate change," further propping up ObamaCare and supercharging the IRS.

If you reject the radical, unhinged Left trying to use hundreds of billions more taxpayer dollars to build a super highway to socialism, click here to call on Senators to "Stop The Spending Scam!" Fax your personalized message directly to Capitol Hill for only $30. To send your own faxes, click here for Grassfire's list of Senate targets and their contact information. Thanks, in advance, for taking action this morning.

P.S. We want to empower you to take action to "Stop The Spending Scam!" Use our FaxFire system to make your voice heard on Capitol Hill before the Senate votes on The Inflation Reduction Act of 2022. Send a personalized message directly to Senators, demanding they stop the radical, unhinged Left from driving America off a fiscal cliff into socialism. Go here now to send your "Stop The Spending Scam!" faxes to 41 key Senators, including Joe Manchin, for only $30: