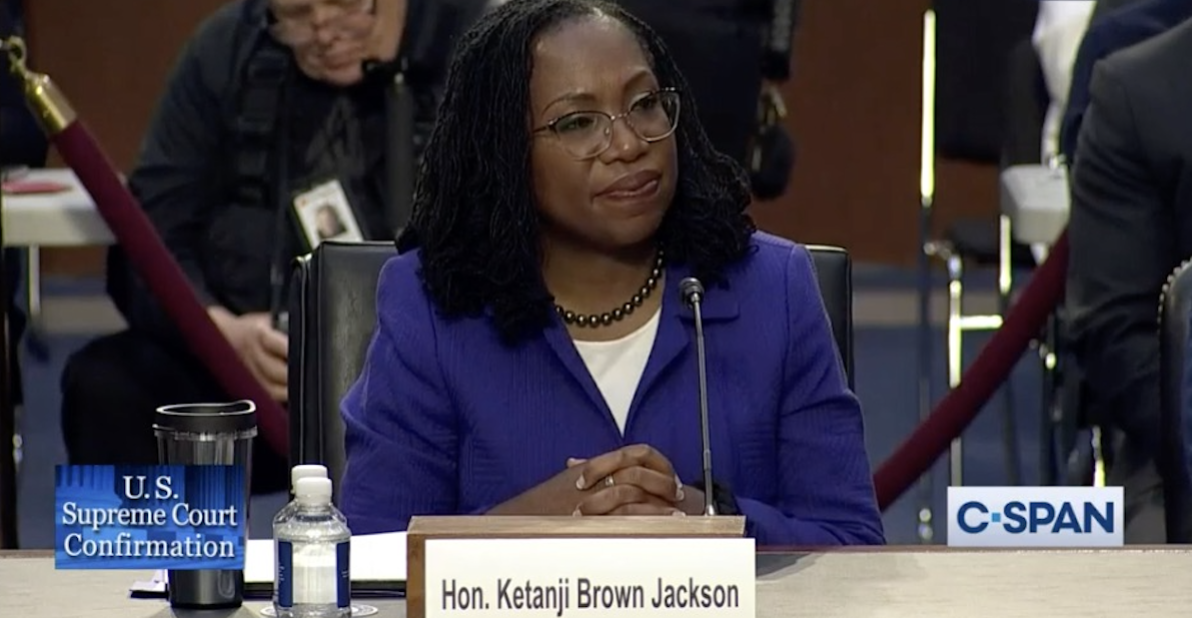 Grassfire Nation has spoken! By an overwhelming margin, "America First" patriots do NOT want the Senate to confirm Joe Biden's nominee for the Supreme Court of the United States (SCOTUS).

After tallying the nearly 10,000 votes in last week's "Confirm Biden's SCOTUS Pick?" QuickPoll, an incredible 97.6% do NOT want the "Upper Chamber" to confirm Judge Ketanji Brown Jackson. The nominee has come under fire from conservatives for several reasons -- none of them related to her sex or race, which Joe Biden insisted was the basis for his nomination.

Senate Minority Leader Mitch McConnell (R-KY) worries Jackson will engage in "judicial activism." He also said on the Senate floor last week: "After studying the nominee's record and watching her performance this week, I cannot and will not support Judge Jackson for a lifetime appointment to our highest Court."

Former House Speaker Newt Gingrich (R-GA) recently told FOX News that Jackson "should be disqualified" from consideration for saying she can't define what a "woman" is. He added that somebody who refuses to do that is "so radical that they clearly are not part of any reasonable 'mainstream.'"

The Senate Judiciary Committee is expected to vote Monday on advancing Jackson's nomination to the floor of the Upper Chamber. If you want other Senators to join McConnell, Gingrich and Fitton in opposing Judge Jackson's confirmation, make your voice heard!

Click here or on the banner below to demand Republican Senators NOT support the current Supreme Court nominee -- both in committee AND on the Senate floor. Rush your "Vote No On Biden's SCOTUS Pick!" faxes to Capitol Hill now:

👉 ATTENTION GRASSFIRE VIPS: GO HERE TO SIGN IN AND SEND YOUR "VOTE NO ON BIDEN'S SCOTUS PICK!" FAXES FOR 80% OFF! Not a VIP? Go here to send this fax at an 80% discount. (Trouble accessing your benefits? Go here.)

With a crucial vote pending on Monday, "America First" patriots have just three days left to make their voices heard. Most Democrats appear willing to overlook Jackson's controversial court rulings, criminal sentencing and apparent support for Critical Race Theory by voting in favor of her lifetime appointment to the Supreme Court. But what about Republicans? Click here to fax Senators now.

For only $20, you can instantly send your personalized "Vote No On Biden's SCOTUS Pick!" faxes to your two Senators, EVERY Republican member of the Senate Judiciary Committee and other key GOP Senators (up to 20 faxes). If you can, go the "extra mile" to reach every remaining GOP Senator and two moderate Democrats for $40. Fax all 100 U.S. Senators for only $60.

Click here to fax Senators now if you want them to oppose Mr. Biden's nominee. Republican Senators must stand strong and stay united if they want to stop Judge Jackson's confirmation. To send your own faxes, click here for a list of Senate targets and their contact information. Thanks, in advance, for taking action this morning.