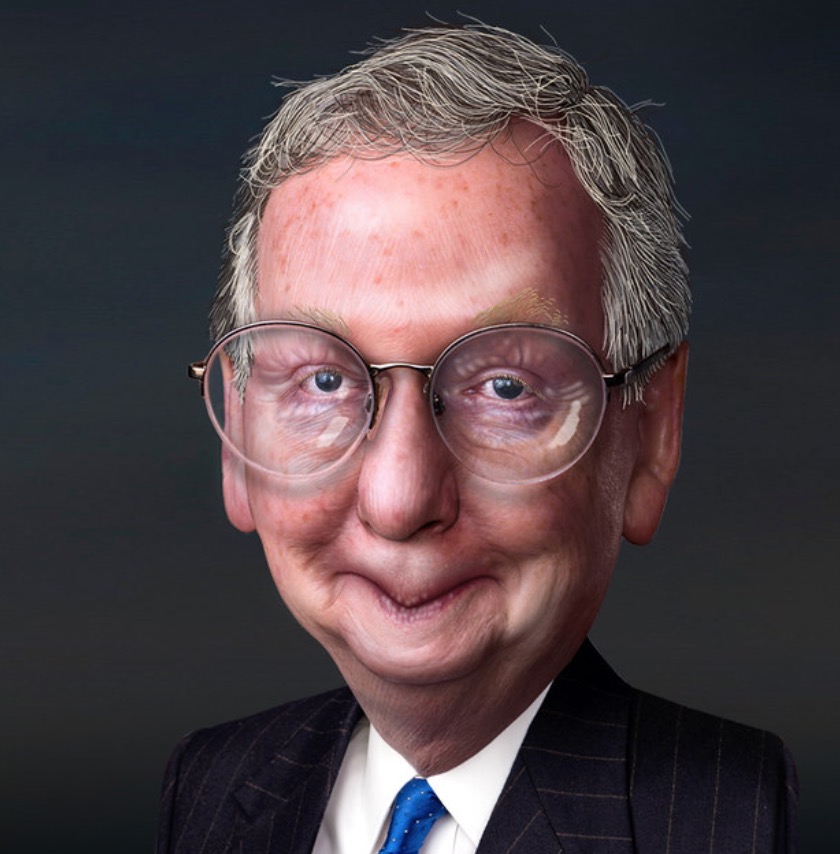 Republican leaders worked in lock step with Nancy Pelosi and Chuck Schumer to pass this bill IN OPPOSITION TO the majority of Republican members of Congress. In the House, two-thirds of all Republicans voted against the bill. In the Senate, the vote was delayed as McConnell and Thune twisted arms trying to get enough GOP votes to keep the final vote from being a total embarrassment.

And you may think I'm reading too much into this, but do we think it was a coincidence that the House budget vote happened at the same time the House was holding the high-profile Mueller hearings that sucked up all the media coverage and allowed members of Congress to pass the DIRTY DEFICIT DEAL with little or no scrutiny? And this week's Senate vote was originally scheduled the same night as the attention-grabbing Democrat Presidential debate. It was nothing more than "political magicians" using classic misdirection -- BIG FLASH and a wave of the right hand and we don't see them reaching into our pockets with the other hand.

This reminds me of that fateful day in 2013 when GOP members of Congress quit the fight to stop ObamaCare. Sadly, it has happened more times than I can count. In our office, we have come to call this "play fighting." The GOP acts as if they really care about the issues we care about. But when push comes to shove -- when they actually would have to delay their FIVE-WEEK vacation in order to have a real debate on what is one of the most critical issues facing our nation -- they just pretend. Actually, they hide in the shadows, skip the normal committee process and take the vote immediately before flying out of town on their private jets.

Only Republicans would control TWO OF THREE branches of government and then betray their own party members and their voters to pass a spending bill that bankrupts our nation and violates every principle of fiscal conservatism. Rand Paul said it best when he noted on the Senate floor that he could hear the funeral dirge marking the death of the Tea Party. But let's be clear. If the Tea Party is dead, it's because we've been stabbed in the back.

But here's my "takeaway" from this...

We need each other.

And we need networks like Grassfire and websites like Breitbart. From what I could see, Grassfire was one of the loudest voices raising awareness on this betrayal. And many of our team members raised their voices. McConnell and the leadership knew that if they let this debate continue even a few more days, the uproar would have become impossible to ignore and their secret strategy to bankrupt our nation would have been at risk.

That's why I need your help.  Grassfire's voice is more critical than ever -- especially with the GOP colluding with Democrats to pass the DIRTY DEFICIT DEAL. Grassfire is taking steps to enhance our grassroots services to our team. We just implemented some new, breakthrough systems and more are on the drawing board. But these costs are not in our budget and we need about $20,000 above our budgeted expenses to grow so we can serve you better and fight the swamp better.

Wlll you partner with me? If you believe in the work of Grassfire, will you help me meet this critical need so we can stand at the center of the fight to make our nation great again? Go here:

If you can help with a contribution of $30 or more, we'll send you our patriotic "Betsy Ross" American flag ReSticker 3-PAK. This special 3-PAK includes our oversided "Just Fly It' ReSticker and has been one of our most popular products this summer.

I'm not saying that Grassfire is alone in the fight. But we are one of the largest and most active networks of patriotic, grassroots Americans in the nation. In just the past 30 days, through the Grassfire team we've seen:

Will you help Grassfire today so we can fight for your liberties tomorrow? Every dollar will help.

Thanks for your consideration, and thanks for the stand you are taking for liberty!