Joe even ATTACKED the Constitution! We expose his lies... 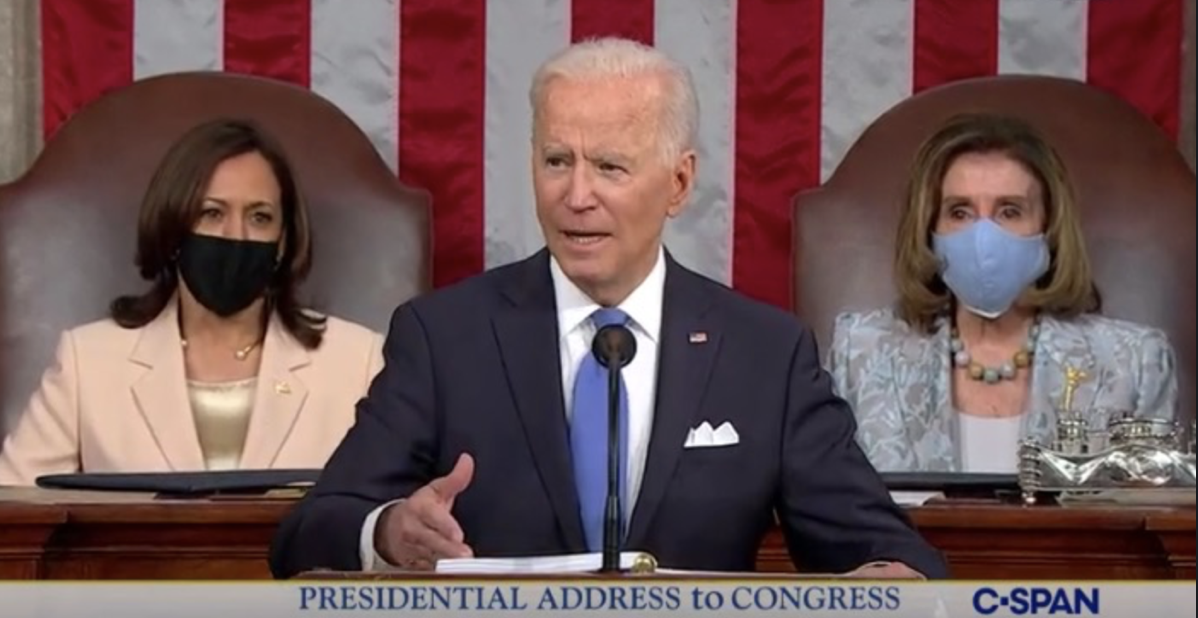 Don't believe the media lies about Joe's address. PLEASE SEE BELOW. Biden just laid out the most RADICAL agenda perhaps ever heard in such an address. Grassfire needs 150 friends to stand with us by midnight tomorrow to FIGHT BACK against this "blitzkrieg" takeover of our nation. Please go here to help, and see below for our analysis. --Grassfire

Last night, Joe Biden unleashed the next wave of the most RADICAL administration in history.

And once again, he used the pandemic as his "cover." Instead of the usual crowd of 1,600 lawmakers and guests, a mostly friendly crowd of only about 200 were allowed to attend due to COVID and "security" concerns. Mr. Biden's speech was supposed to be a celebration of his "First 100 Days." But for tens of millions of Americans, there's not much to celebrate.

The career politician -- who Big Tech and FAKE NEWS sold to the American people as a moderate -- has NOT governed from the center, as promised. Instead, he has jerked the country to the far-left, issuing dozens and dozens of executive orders and promoting legislation that panders to and benefits the most extreme factions of the Democrat party.

Last night was no different.

From his "bully pulpit," Mr. Biden (among other things) attacked the Constitution, lied about the Second Amendment (again), pushed for passage of the so-called Equality Act, and failed to address the illegal-immigration crisis, while ushering in what CNN ridiculously called "moderate radicalism."

But there's nothing "moderate" about Joe's agenda!

The Wall Street Journal was much more accurate in labeling the regime's plan "Biden's Cradle-to-Grave Government":

"The progressive hits keep coming from the Biden Administration, and the latest is the $1.8 trillion American Families Plan introduced in broad strokes on Wednesday. It’s more accurate to call this the plan to make the middle class dependent on government from cradle to grave. The government will tell you sometime later, after you’re hooked to the state, how it will force you to pay for it. ...

"But the cost, while staggering, isn't the only or even the biggest problem. The destructive part is the way the plan seeks to insinuate government cash and the rules that go with it into all of the major decisions of family life. The goal is to expand the entitlement state to make Americans rely on government and the political class for everything they don’t already provide." (Emphasis added)

Mr. Biden's speech proved that we're in a battle for the very soul of our nation. It's being waged through an IDEOLOGICAL WAR FOR LIBERTY that's underway for the hearts and minds of Americans.

This fight is at the very center of everything we do here at Grassfire. Our team pushes back against radical Democrats, the Unhinged Left and the "woke mob" every day through our email, web and social-media efforts that reach millions with the WINNING IDEAS of life, liberty and limited government.

+ + Help Us Fight Back Against Biden's New Era Of Even Bigger Government!

We also recently re-launched our LibertyNEWS efforts -- with an all-new website, original content and the BEST aggregate of the news for grassroots conservatives. LibertyNEWS' daily, morning updates give patriotic Americans the INSIDE TRACK on all the top stories, organized in a way that makes sense and makes the case for liberty. (See the link at the end of this message.) Our team is dedicated to producing the highest quality in grassroots news and action updates found anywhere in the conservative space.

We REPORT TRUTH so you can TAKE ACTION!

Grassfire is EXPANDING to fight the ideological war for life, liberty and limited government. We're "standing on the wall" for faith, for freedom, for the unborn, for family, for free enterprise... FOR AMERICA! We're in the midst of a very ambitious re-launch of LibertyNEWS. My team is developing new ACTION resources and a fresh web interface to serve you better!

Now, we need YOUR HELP.

With just two days left in the month, we still need about 150 friends to stand with us so we can meet our budgeted need for April.

Would you partner with Grassfire as we expose the Left's deceptions and give millions of patriotic Americans the resources they need to fight back? Click here or on the banner below to make a contribution today of $30, $40, $50, $100 or more: 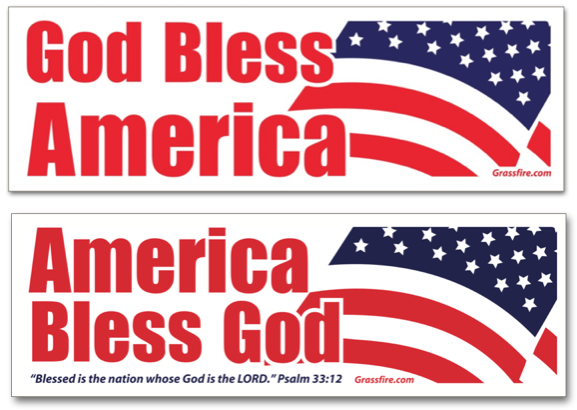 When you support our efforts to fight back against radical Democrats, the Unhinged Left, the woke mob, Big Tech censorship and the FAKE NEWS media with a contribution of ANY AMOUNT, you'll receive two of our exclusively designed "Patriot PAK" ReStickers. "God Bless America" and "America Bless God" are state-of-the-art bumper stickers that can be applied and re-applied to virtually any smooth surface.

Click here or on the banner below to receive these pro-faith, pro-USA ReStickers in appreciation for your contribution of ANY AMOUNT to help Grassfire fight to "Save America":

With the Biden administration fully committed to "fundamentally transforming the United States of America," the next two years promise much more of the same -- at even worse levels. That's why we want to empower patriots, like you, to make their voices heard.

P.S. We're looking for 150 friends to step forward and help Grassfire FIGHT BACK before the end of this month. Will you please empower us to continue serving as a voice of truth in this ongoing fight for the heart and soul of our nation? Go here to receive your resources when you stand with Grassfire today: