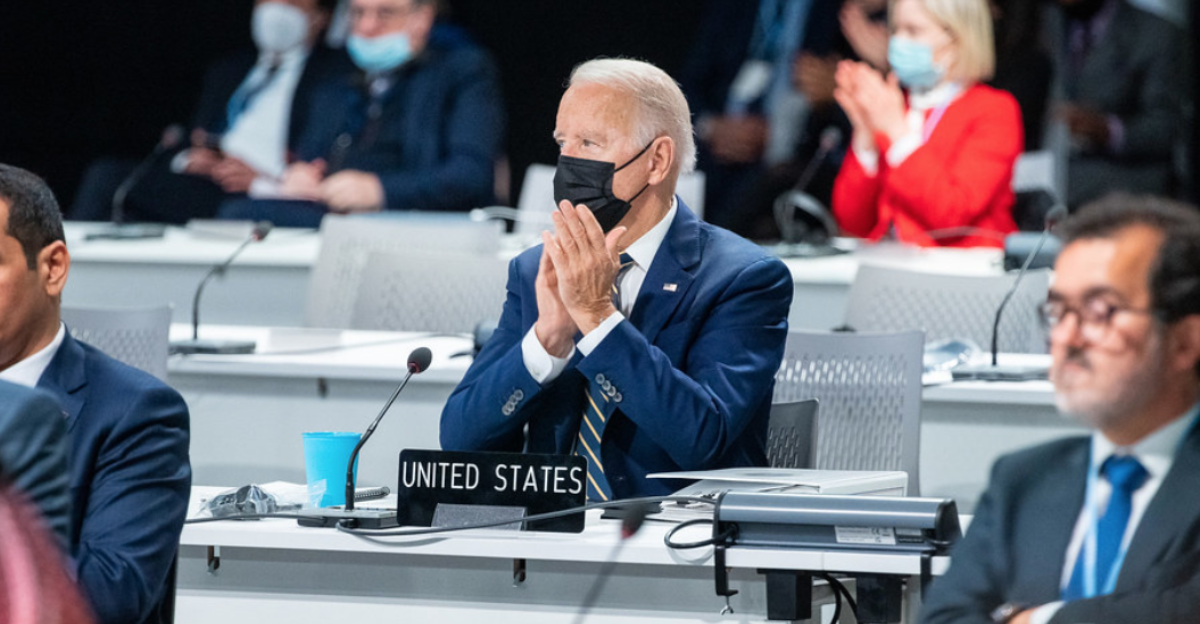 When and if Russian leader Vladimir Putin will invade Ukraine may not be certain, but it's something the Biden regime certainly seems to be encouraging. Joe Biden reportedly called allies last week and said an invasion is likely to happen tomorrow. According to POLITICO, "Biden told Western leaders about the Feb. 16 date on an hourlong call" on Friday.

A day later, Grassfire told team members how the White House's showdown with Putin looks like an attempt to "wag the dog." Could the Biden regime be engaging in a "superfluous (military) action in order to distract from domestic scandal"? (See our previous "Wrong Border!" update below for full details.)

Why else would Joe Biden spend hundreds of millions of taxpayer dollars and move thousands of U.S. troops in Eastern Europe to defend Ukraine, when America is facing an invasion of our own? An invasion that's been going on, unchecked, for over a year!

More than two million illegal aliens have streamed across the U.S. border with Mexico since Joe Biden came to power 13 months ago. How has his regime responded to this direct, ongoing threat to our great nation's sovereignty, security and way of life? By doubling down on their commitment to defend another country's border that's 5,000 miles away!

Why protect another country's border before securing your own? If you're sick and tired of the hypocrisy and failure of Joe Biden and the radical, unhinged Left, you don't have to stay quiet. You can take immediate action to make your voice heard.

Click here or on the banner below now to demand GOP Senators and Representatives take action to stop the Biden regime from protecting the wrong border. Sign the "Stop Protecting The Wrong Border!" national petition with just a few clicks:

The "Stop Protecting The Wrong Border!" national petition empowers our team members to demand Republicans and moderate Democrats on Capitol Hill take action. Call on key members of Congress to force the Biden regime to protect America's southern border BEFORE becoming embroiled in the decades-old conflict between Russia and Ukraine.

America's sovereignty, security and way of life are at stake. Click here to add your name and have your petition delivered to GOP leadership in our nation's capital when we reach 20,000 signatures. Thanks, in advance, for making your voice heard this morning.

P.S. If you missed Saturday's "Wrong Border!" update, please see below. Find out just how soon a Russian invasion of Ukraine could happen. If you did read our previous email and took action, please consider forwarding this message to family members and friends. If they're also tired of the Biden regime's refusal to protect America's southern border, urge them to go here to sign the "Stop Protecting The Wrong Border!" national petition:

Joe Biden is STILL doing more to protect Ukraine's border than America's. He's sending more U.S. troops to Eastern Europe in a what could be an attempt to deflect attention away from his failures as "Commander-in-Chief."

While refusing to stop a literal invasion of illegal aliens from Mexico, the Biden regime is committing hundreds of millions of dollars and putting thousands of Americans in harm's way to help prevent a Russian invasion of Ukraine. The New York Post says that conflict could be approaching a "climax":

"The Pentagon announced Friday it is sending 3,000 more troops from the 82nd Airborne Division to Poland to bolster the NATO ally as fears grow that a Russian invasion of Ukraine could take place at any time. A senior defense official confirmed that members of the division's infantry brigade combat team will ship out from Fort Bragg in North Carolina over the weekend and be in place by early next week."

But that's not all. The newspaper also reports that Jake Sullivan, Mr. Biden's national security adviser, "urged Americans to leave Ukraine within '24 to 48' hours and reports circulated that US officials believe Russian President Vladimir Putin has decided to invade his country’s neighbor to the west."

The Post estimates that about 30,000 Americans are currently inside Ukraine. Based on how the Biden regime handled their horribly planned and fatally executed Afghanistan withdrawal, U.S. citizens may want to get out of Ukraine as quickly as possible.

The White House's current, flawed strategy appears to be focusing on a pending international crisis in hopes of diverting attention from two huge problems at home. Americans are experiencing historic, runaway inflation, and their safety, sovereignty and way of life are being threatened by an invasion of illegal aliens at our southern border. It's called "wagging the dog," as the Merriam-Webster Dictionary explains:

"The tail wagging the dog is an idiom that usually refers to something important or powerful being controlled by something less so. ... The 1997 film Wag the Dog shortened the phrase and added the additional meaning of 'superfluous (military) action in order to distract from domestic scandal.'"

This is exactly what it looks like Joe Biden and his regime are doing now. Their incompetence is dangerous and, in a worse case scenario, could set the stage for World War III.

+ + Call On Republican Leaders To Stop Joe Biden From Protecting The Wrong Border!

If U.S. troops can deploy to Eastern Europe, why not send them south to secure America's border with Mexico? If only the radical, unhinged Left paid as much attention to the our great nation's illegal-immigration crisis as they do to Ukraine's potential border problem!

U.S. Customs and Border Protection says more than two million alien invaders were "detected" and stopped while trying to enter the U.S. illegally last year. But how many more weren't caught in this ongoing threat to America's sovereignty, security and way of life?

Again, Joe Biden is spending hundreds of millions of taxpayer dollars to help protect Ukraine's border from a possible Russian invasion. If you think he should secure the U.S. border with Mexico, before helping defend Ukraine's, make your voice heard.

Click here or on the banner below now to sign the "Stop Protecting The Wrong Border!" national petition with just a few clicks:

Why is the Biden regime helping secure another country's border, while doing so little to protect our own from an invasion of illegal aliens? If you do NOT support sending American troops halfway across the world to help stop a possible Russian invasion, add your name now. Tell Joe Biden to protect our border first!

The History of 'Wag the Dog' (Merriam-Webster·com)

Is the Biden regime using Ukraine-Russia tensions to "wag the dog"?
REPORT: Russia will invade Ukraine tomorrow, February 16
Read the blog at Grassfire