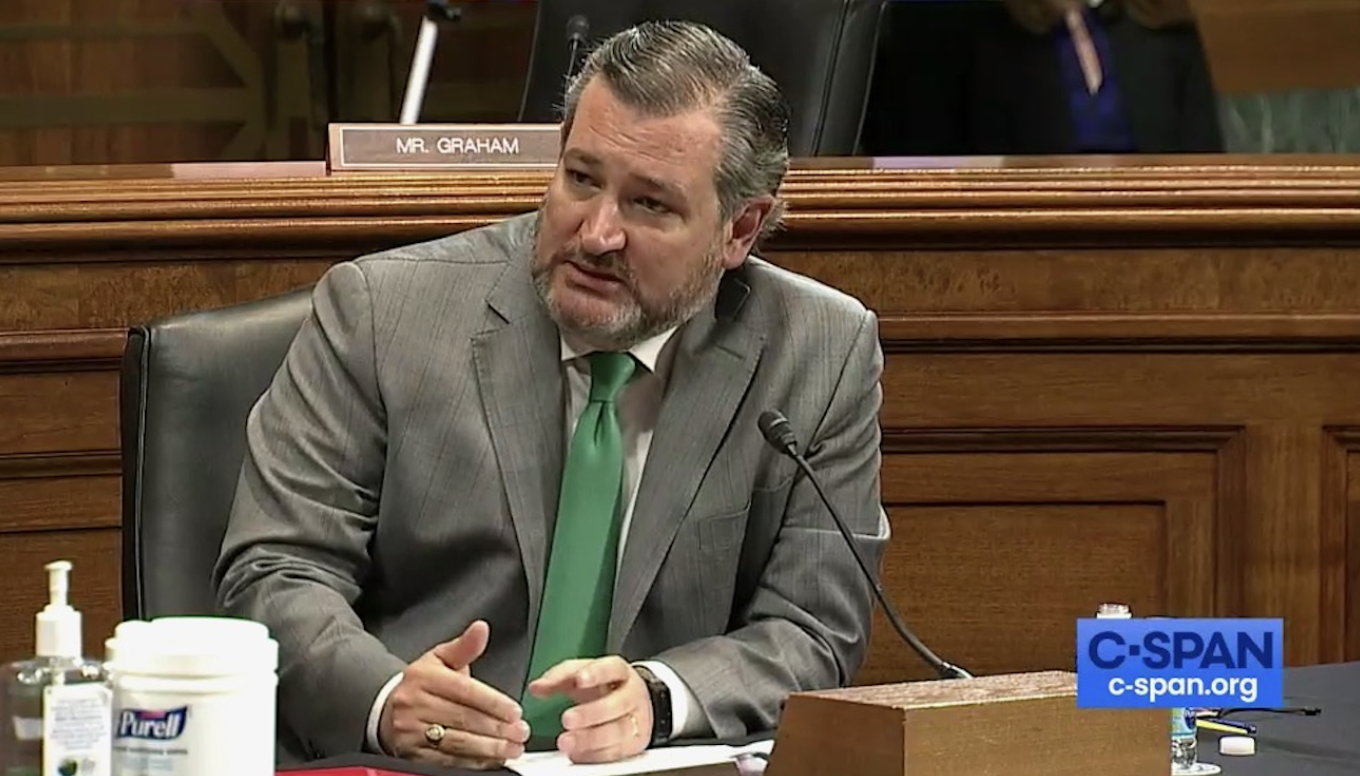 Yesterday's Senate Judiciary Committee hearing on the so-called Equality Act was more than three hours and 20 minutes long. Senators and witnesses shared their views on H.R.5, a bill that conservatives view as dangerous and unacceptable. Why? Because the consequences of the pro-LGBTQ legislation threaten people of faith, women and girls, as well as born and unborn children.

It took nearly three hours until Sen. Ted Cruz (R-TX) was able to share his views on the "Equality" Act. But when his turn finally came, Cruz came out swinging. He warned that women’s and girls’ sports will be destroyed by the extreme, far-left policies of today’s Democrat Party:

Title IX is the landmark federal law passed in 1972 that, according to the U.S. Department of Education, "promises equal access to education for all students, and it protects them against discrimination on the basis of sex." Cruz praised the legislation for creating "an incredible revolution of girls’ sports and women’s sports in colleges and universities and in high schools and junior highs throughout this country."

As we've reported previously, the "Equality" Act (H.R.5) would harm women, girls, vulnerable children and people of faith. We told you earlier this week how the controversial pro-LGBTQ legislation also poses a significant risk to the unborn.

That's why millions of Americans want the Senate to defeat this radical, far-left bill in defense of religious liberty; to ensure a level playing field for women's and girls' sports; to validate the scientific difference between sex at birth and chosen gender; and to protect born and unborn children.


+ + If You Oppose The "Equality" Act, Demand GOP Senators Take Action To Stop It!

The "Equality" Act insists that pro-faith Americans CANNOT disagree with the radical Democrats' and Unhinged Left's extreme pro-LGBTQ agenda. It threatens to invalidate "The Religious Freedom Restoration Act of 1993" -- a crucial law passed to guarantee and protect the sincerely held beliefs of American Christians and other people of faith. The bill would also harm women and girls by erasing significant safety, privacy and equality rights.

Make no mistake: This legislation is one of the greatest threats to religious freedom America has EVER seen. If passed, it would impact churches, faith-based organizations (including adoption and foster-care providers), Christian businesses and Christian schools by forcing them to sacrifice their beliefs on the altar of "woke," pro-LGBTQ political correctness. Plus, its threat to women, girls, at-risk children and the unborn mean this bill CANNOT be ignored!

Click here or on the banner below to instantly send your personalized "Stop The 'Equality' Act!" faxes to Sen. Cruz and 49 other GOP Senators for just $30 :

During yesterday's hearing, Sen. Cindy Hyde-Smith (R-MS) also spoke out against the "Equality" Act's harmful effects on women and girls. Like many Republicans, Hyde-Smith fears the legislation will undermine nearly 50 years of progress gained through Title IX.

"God loves every one of us," she insisted. "And every one of us are as His creation, and we should all be treated with kindness, respect and dignity. But ultimately, by pretending biological females and transwomen are the same for all purposes — which the Equality Act would do — we will move girls and women backward rather than forward."

Democrats tried to pass the "Equality" Act in 2019 and failed. H.R.5 passed the House last week with a simple majority, but the bill needs 60 votes to pass. That means, 10 GOP Senators must side with Democrats and vote "YES" for H.R.5 to become law.

If you can, please "go the extra mile" today and fax all 100 U.S. Senators for only $50. That's just 50 cents per fax -- a 50% discount! To send your own faxes, click here for a list of FaxFire targets and their contact information. Thanks, in advance, for taking action!

P.S. As America waits for a full Senate vote on the "Equality" Act, Senators on both sides of the aisle are expected to face intense pressure from Christians, LGBTQ activists and others. You can call on Republicans in the Upper Chamber to stand firm and stay united to protect religious freedom and the rights of women, girls, at-risk children and the unborn. Go here to fax now and demand Senators protect your rights: