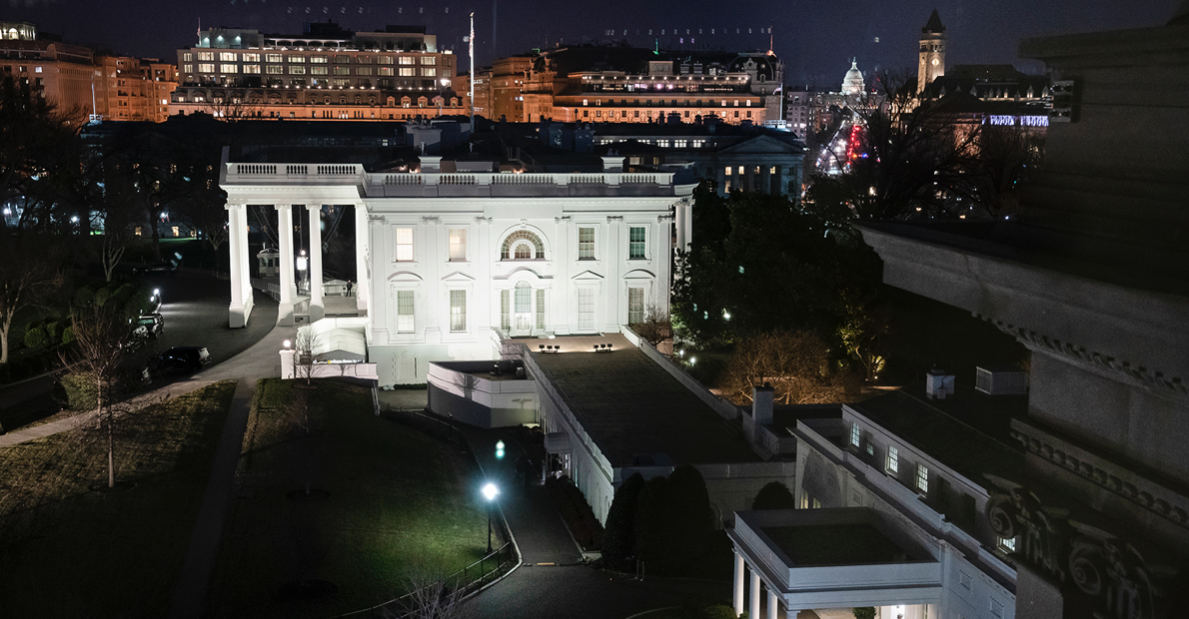 Last night, ten "moderate" Republican Senators met with Joe Biden at the White House. The two-hour sit-down came after this GOP "Gang of 10" requested it in writing. The meeting reportedly focused on a new COVID-relief bill, but did America's "Commander-in-Thief" and this pack of mostly RINOs stray into other important topics?

Whether they did or not, pro-Trump Americans can't help but wonder if Mr. Biden and the Democrats may have been "courting" the "Gang of 10" on impeachment. Is it possible they were being "groomed" for a future betrayal of President Trump and the 74 million Americans who voted for him?

Ninety percent of Republican Senators (45 of 50) voted last week that an impeachment trial of a former president is unconstitutional. So, it's EXTREMELY unlikely that 17 GOP Senators (34%) will convict President Trump. Yet, Democrats still are pressing ahead with the trial, which is scheduled to start on February 8.

This week, Grassfire is urging our team members to encourage Senate Democrats to save face and cancel the impeachment trial "in the name of unity" and "for the good of the country." Grassroots patriots MUST call on Republican Senators to stand with President Trump and take action to stop this unconstitutional impeachment trial before it starts!

+ +  Take Action To Stop Trump's Trial Before It Starts!

Exactly one week ago, Americans saw 45 GOP Senators vote that an impeachment trial of the former president is unconstitutional. Sen. Rand Paul (R-KY), who forced that point of order, tweeted: "This 'trial' is dead on arrival in the Senate." Why? Because 17 of 54 Republican Senators (34%) would have to vote guilty to convict President Trump, and 90% of them (45 of 50) are already on record saying the trial is unconstitutional.

But it appears the Senate is still planning to start the impeachment trial on Monday. Do you think Republican Senators should do more to force Senate Majority Leader Chuck Schumer (D-NY) to end the charade? If so, click here to fax the Senate now.

The fight isn't over to stop this SHAM impeachment trial before it starts on February 8! Millions of pro-Trump Americans agree there shouldn't even be an impeachment trial. If you're one of them, Grassfire is empowering you to make your voice heard. You can tell your two Senators, the GOP "Gang of 10" and Senate leaders from both parties to "Reject The Impeachment Witch Hunt!" For just $15, our unique FaxFire system enables you to reach inside the halls of Congress to urge up to 20 Senators to stop this unconstitutional trial.

Demand Democrats cancel their upcoming Senate trial and stop impeachment proceedings against President Trump! Your "Reject The Impeachment Witch Hunt!" faxes can reach 20, 55 or 100 Senators with your personalized message in just minutes. Click here or on the banner below to immediately fax key members of the Upper Chamber for as low as $.50 each:

Again, your faxes will reach your two Senators, eight key Senate leaders and the GOP "Gang of 10" who met with Mr. Biden yesterday for just $15. To enable as many team members as possible to take action, we've discounted our LEVEL ONE FaxFire by 25%!

If you can GO THE EXTRA MILE today, your LEVEL TWO faxes will also reach every remaining Republican Senator for only $30 -- a 45% discount. To encourage MAXIMUM PARTICIPATION, we're offering you 50% off our LEVEL THREE FaxFire! Send your personalized message to all 100 Senators for $50. That's just 50 cents each!

Grassfire has totally updated our "Reject The Impeachment Witch Hunt!" to target your Senators, the GOP "Gang of 10" and Senate leadership of both parties. They have the power to stop this unconstitutional trial before it starts next week. We've also re-written our fax letters to empower you to demand Senators END impeachment proceedings IMMEDIATELY. So, even if you've sent "Reject" faxes before, please consider sending them again now.

Click here to immediately demand Senators "Reject The Impeachment Witch Hunt!" against President Trump. To send your own faxes, click here to see a complete list of FaxFire targets and their contact information. Thanks, in advance, for taking action today.

P.S. Again, 90% of GOP Senators (45 out of 50) stood with President Trump last week against this unconstitutional impeachment trial. Grassfire is urging every grassroots patriot to make their voice heard by calling on Republicans to demand Democrat Senators reject this witch hunt and end impeachment proceedings against America's 45th president. Schedule your personalized faxes for immediate delivery Capitol Hill now! Click here or on the banner below now to instantly send 50 "Reject The Impeachment Witch Hunt" faxes to Democrat Senators for just $30: