Gingrich: Why I Will Not Give Up 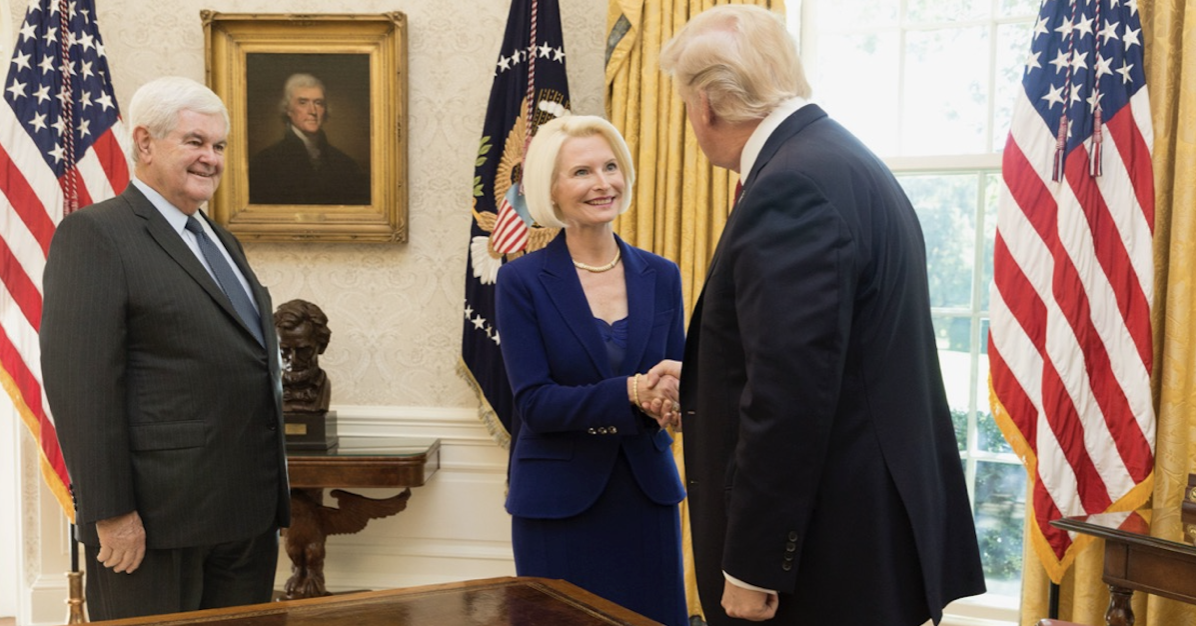 On Friday, former House Speaker Newt Gingrich (R-GA) published a compelling article about why he's refusing to back down in his fight to "Stop The Steal!" Since Election Day, Gingrich has been on the front lines of the battle to keep radical Democrats and the Unhinged Left from robbing President Trump of his second term.

In "Why I Will Not Give Up," he shares what he told a moderate-liberal friend about his refusal to accept the the outcome of the 2020 presidential election. Gingrich writes that, after spending "more than four years watching the left #Resist President Donald Trump and focus entirely on undoing and undermining the 2016 election," the 2020 vote has catapulted him to new levels of anger, fear, outrage and alienation. He writes:

My world is the populist rebellion which believes we are being destroyed, our liberties are being cancelled, and our religions are under assault. ...

For more than four years, the entire establishment mobilized against the elected President of the United States as though they were an immune system trying to kill a virus. Now, they are telling us we are undermining democracy.

You have more than 74 million voters who supported President Trump despite everything – and given the election mess, the number could easily be significantly higher. The truth is tens of millions of Americans are deeply alienated and angry.

Gingrich believes the "ruthless establishment" that "robbed" the President and his supporters of victory "is likely to only get more corrupt and aggressive if it gets away with these blatant acts." He insists that Biden's supposed victory is neither "legitimate" nor "honorable" but is the result of a "four-year establishment-media power grab." The former Speaker closed with this:

It has been perpetrated by people who have broken the law, cheated the country of information, and smeared those of us who believe in America over China, history over revisionism, and the liberal ideal of free expression over cancel culture.

I write this in genuine sorrow, because I think we are headed toward a serious, bitter struggle in America. This extraordinary, coordinated four-year power grab threatens the fabric of our country and the freedom of every American.

Pro-Trump Americans MUST demand that GOP lawmakers fully engage in the battle to stop radical Democrats and the Unhinged Left from hijacking the 2020 election. Make your voice heard using Grassfire's "Stop The Steal!" FaxFire, and tell them to follow Gingrich's lead!

For only $30, Demand Senate Majority "Leader" Mitch McConnell (R-KY) and 52 other Republicans Senators to "Fight For Trump!" You can also reach 39 Republican House members for just $20 more! Click here or on the banner below now to fax your personalized message to all 53 GOP Senators, SEVEN governors from key battleground states and 16 elected officials in Georgia, Pennsylvania, Michigan and Wisconsin:

If you are too, please consider taking action now. Click here to immediately send your personalized, pro-Trump, "Stop the Steal!" messages to the Senate Majority "Leader" and 52 other GOP Senators for less than $.40 each.