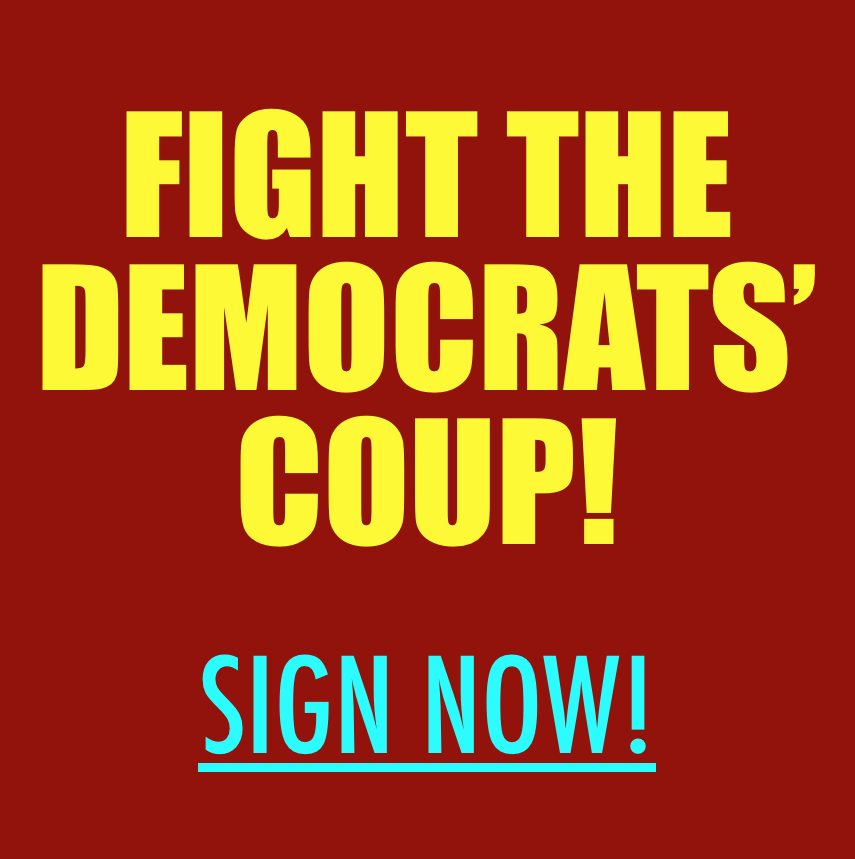 Say NO TO Impeachment By Signing The National "Fight The Coup!" Petition!

Through its unconstitutional impeachment, the radical Left wants to invalidate the votes of millions of Americans and overthrow the results of a free and fair election. This is, plain and simple, "a COUP"!

Grassroots Americans MUST NOT let them get away with it. Join thousands of conservative patriots by signing the "Fight The Coup!" national petition now!

As an independent, liberty-loving, patriotic American, I stand with President Trump. I am joining him and other grassroots patriots by calling this impeachment inquiry what it truly is: a coup! Democrats cannot threaten our republic by overthrowing the results of a free and fair election simply because they lost! I urge you, as a member of Congress, to take immediate action to use your power and influence to end this latest Witch Hunt against our duly elected President.

9,175 signatures so far. Help us get to 20,000
Sign The National "Fight The Coup!" Petition!
Help Fight The Coup
Read the blog at Grassfire