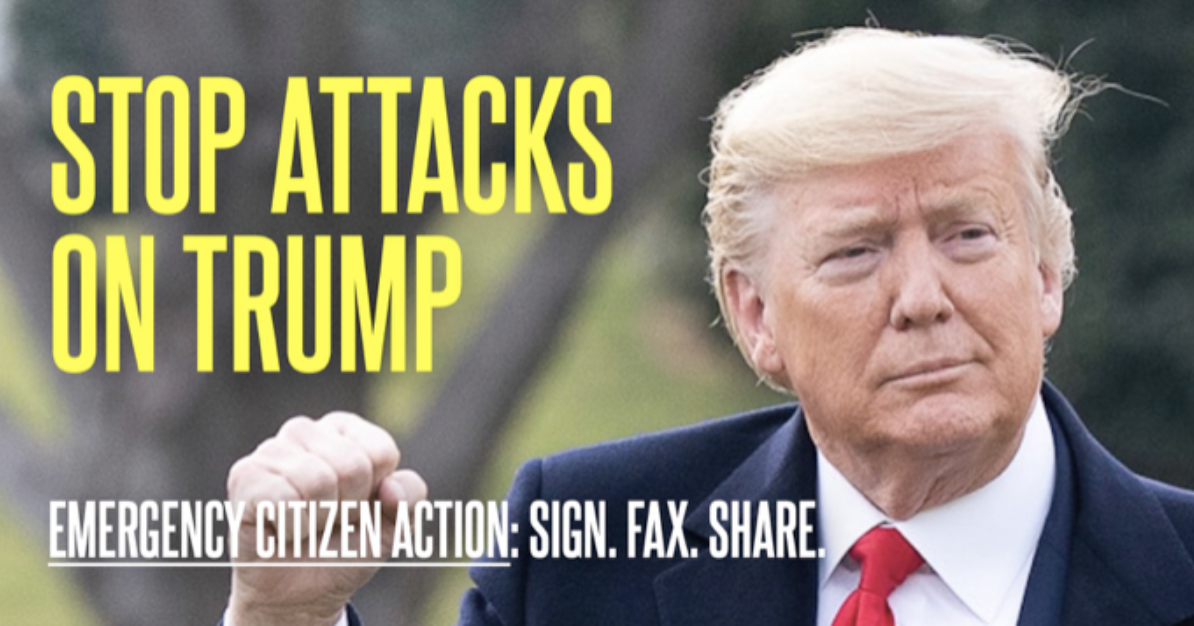 THIS IS THE MOST OUTRAGEOUS POLITICAL ATTACK BY ONE ADMINISTRATION AGAINST A POLITICAL OPPONENT IN A HALF A CENTURY IF NOT LONGER!

+ + EMERGENCY ACTION: Sign This Petition And Demand These Attacks Stop!

Grassfire has launched a National Petition demanding that Congress take action to stop the attacks on President Trump -- from this FBI raid to the January 6 witch hunt.

I am calling on every Grassfire team member to take two minutes to sign this "Stop Attacks On Trump" national petition. Go here to sign right now:

The FBI raid on President Trump's home is the FINAL STRAW! That's why we are creating this petition for citizens who want to take immediate action to stop these outrageous attacks against President Trump.

That more than two dozen FBI agents raided a former president's home without just cause is totally unacceptable. Clearly this attack along with the January 6 witch hunt and two other impeachments are designed to destroy President Trump and keep him from running for president again.

Take action to Stop The Attacks On Trump. Go here.