Do you stand with Biden, Schumer & radical Democrats? 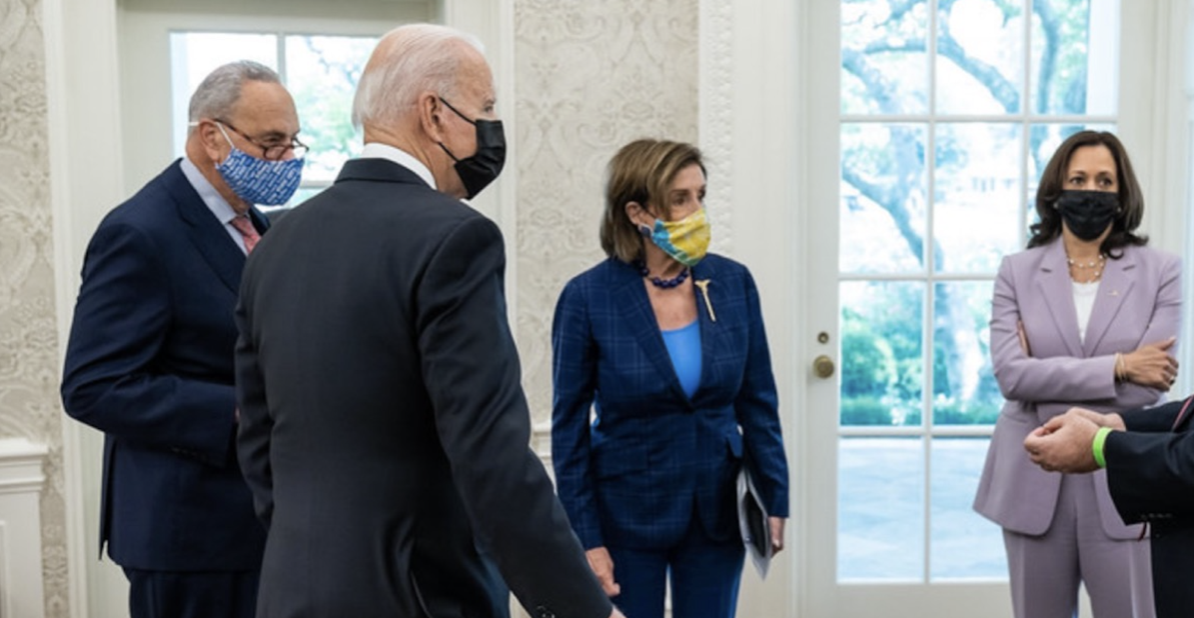 Grassfire agrees. In fact, we've been warning our team members about the implications of this partisan power-grab since May. In June, we began alerting you to the plans of radical Democrats to "nuke" the filibuster. Now, BOTH could happen in just days! According to American Greatness:

The legislation pending in Congress has little or nothing to do with "voting rights." It's all about facilitating a preferred election outcome. "Voting rights," legislation doesn't protect democracy; it protects Democrats. The Democrats selling the plan expressly equate permanently defeating Republicans with "saving" democracy. This is the outcome achieved in China that, no joke, argues that its one-party state is closer to a true democracy than the American two-party system.

Do you stand with Biden and Schumer? Or are you with McConnell, Republicans and moderate Democrats? We want to know if team members support or oppose the nuclear option to pass two controversial "voting rights" laws this month.

Please see our previous message below to vote in Grassfire's "Save The Filibuster?" QuickPoll. Cast your virtual ballot to SAVE or DUMP the filibuster now! Thanks, in advance, for making your voice heard today.

P.S. If you've already voted in this "Save The Filibuster?" QuickPoll, please consider forwarding this email to a friend or family member. To sign the national petition to PROTECT OUR ELECTIONS, click here or on the banner below now:

"Something disturbing is happening in Washington this week. A group of politicians are trying to set aside election results, overrule American voters, and break our institutions to get a political outcome they want. I'm speaking, of course, about the Senate Democratic Leader and the radical left. The Senate Democratic Leader is trying to bully his own members into breaking their word, breaking the Senate, and silencing the voices of millions of citizens. So that one political party can take over our nation's elections from the top down."

Now that Democrats control the House, Senate and White House, they want to eliminate the filibuster, which has been in place for more than 100 years. Instead of the current 60-vote "super majority" required to pass legislation, Democrats are pining (and whining) for a simple 51-vote majority -- with the help of their corrupt partners in Big Tech and FAKE NEWS.

+ + Vote In Grassfire's "Save The Filibuster?" QuickPoll Now! 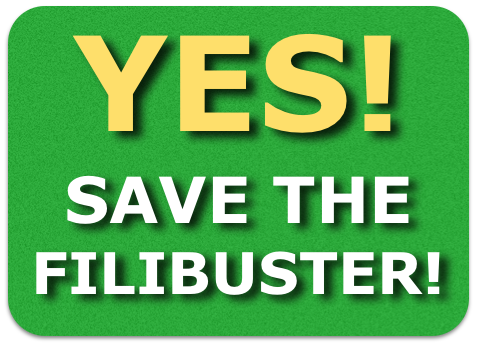 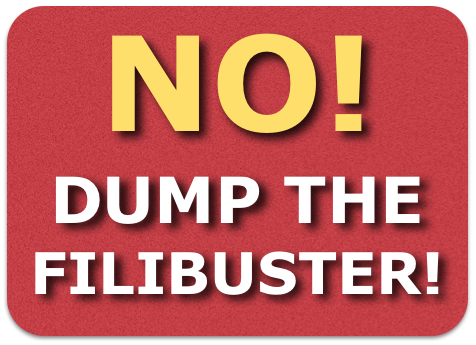 McConnell insists that Democrats trying to eliminate the 60-vote filibuster will "permanently damage" the Senate because: "They want to shatter its central feature." The Minority Leader also called out Joe Biden's and Chuck Schumer's lies to the American people:

"President Biden has spread so much misinformation about the basic facts of state voting laws that he was called out and debunked by the Washington Post. A sitting President of the United States who pledged to lower the temperature and unite America now invokes the brutal racial hatred of Jim Crow segregation to smear states whose new voting laws are more accessible than in his home state of Delaware. Ten days of early voting and excuse-only absentees in Delaware is just fine, but 17 days of early voting and no-excuse absentees in Georgia is racist Jim Crow?

"The Senate Democratic Leader pretends it is a civil rights crisis that Georgia has enshrined more early voting and more absentee balloting than his state of New York has ever allowed. This is misinformation. A Big Lie. Designed to reduce faith in our democracy, justify a top-down election takeover, and justify smashing the Senate itself."

But in a Senate with 50 Republicans, 48 Democrats and two Independents, should GOP Senators allow themselves to be steamrolled, so Joe Biden's extreme, "progressive" agenda can become law? Or should Republicans and moderate Democrats fight to keep the filibuster in place and protect against mob rule?

What's changed in 2022? Democrats are now the majority. The party's far-left fringe wants to change the rules to create their progressive "utopia" of a socialist, police state, while accomplishing their stated goal of "fundamentally transforming the United States of America." Please let us know where you stand by voting to SAVE or DUMP the filibuster now. Thanks, in advance, for taking action via our "Save The Filibuster?" QuickPoll today.

P.S. If you've already voted in this "Save The Filibuster?" QuickPoll, please consider forwarding this email to a friend or family member. To sign the national petition to PROTECT OUR ELECTIONS, click here or on the banner below now:

Important note: Grassfire polls are not scientific, nor are they meant to endorse any candidate or official position. While they're for informational purposes only, we're confident our QuickPolls accurately reflect the views of "America First" patriots across this great nation.

The history of the filibuster (National Geographic)