Dems target one of their own on Equality Act 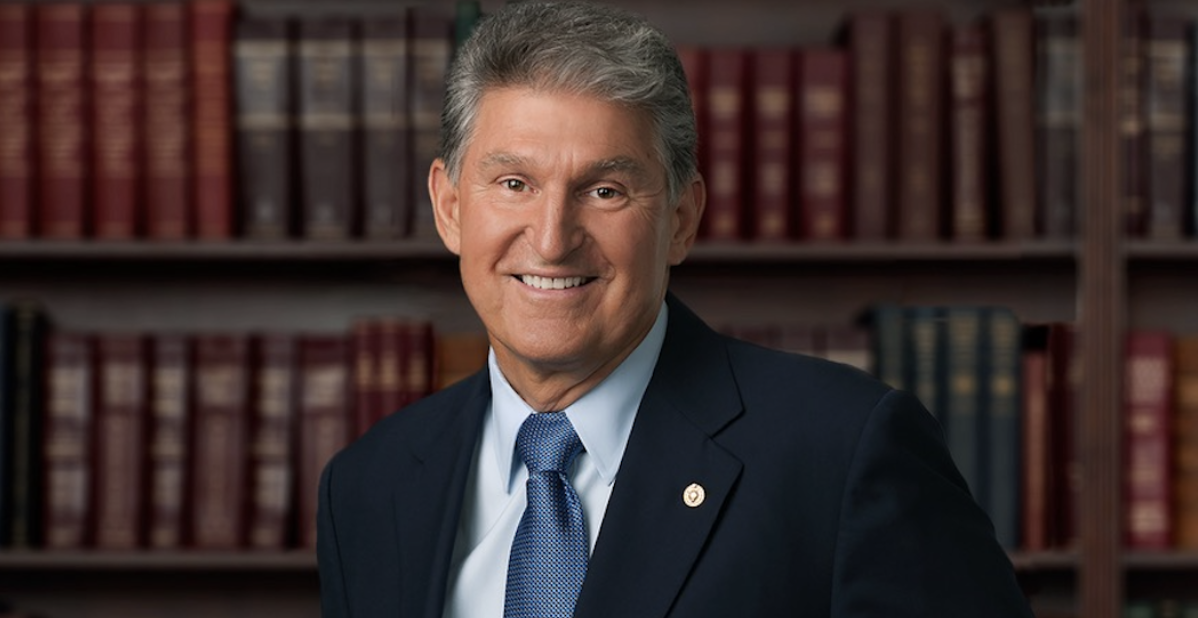 Democrat Senator Joe Manchin of West Virginia is drawing "fire" from left-wing media for his stand on the anti-faith, pro-LGBTQ "Equality" Act. Last week, on Holy Thursday, three stories from progressive news outlets targeted the former governor and two-term senator from the Mountaineer State. Here are the headlines that, again, were all published on the same day: 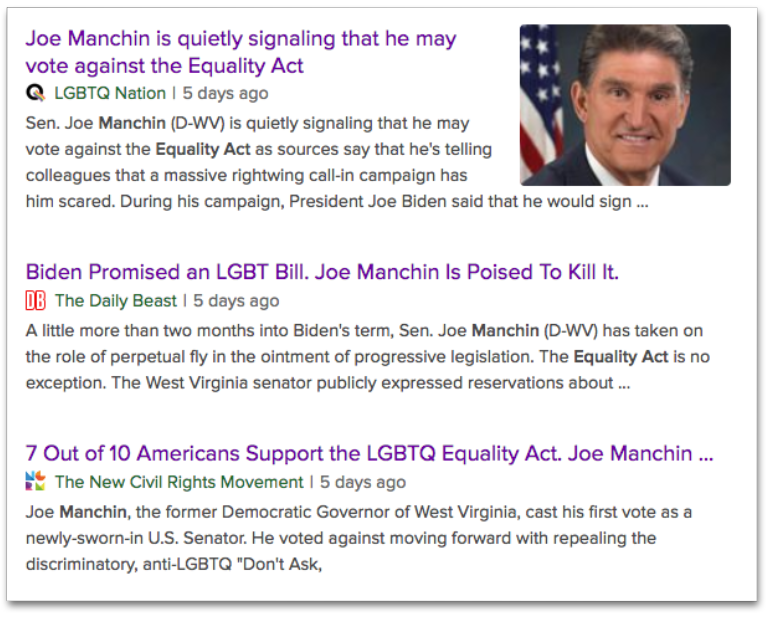 Biden Promised an LGBT Bill. Joe Manchin Is Poised To Kill It. (The Daily Beast)

7 Out of 10 Americans Support the LGBTQ Equality Act. Joe Manchin Wants to Kill It. (The New Civil Rights Movement)

Three stories all targeting the same Democrat Senator on the same issue. Obviously, Manchin is seen as a "weak link" on the so-called Equality Act by the Unhinged Left. He's reportedly no "friend" of the radical LGBTQ movement.

As a moderate Democrat, he joined Republicans in voting to repeal the military's pro-LGBTQ "Don't Ask, Don't Tell" policy in 2010. The Daily Beast reports that the senior senator from West Virginia "publicly expressed reservations about the Equality Act during the last Congress in 2019" and that he's "equally skeptical this time around." Their article adds:

Manchin told one co-sponsor of the Equality Act that the calls to his office were opposed to the legislation "a thousand to one."

Without Manchin's support, charting the path to 60 votes is functionally impossible, given the Senate's current makeup.

Grassfire is empowering our team members to take action against the anti-faith, pro-LGBTQ "Equality" Act by giving you the opportunity to instantly send personalized faxes to Senators on Capitol Hill. Sen. Manchin had been a part of our "Level Two" FaxFire -- until today. You can now reach the West Virginia Democrat when you fax EVERY Republican Senator for just $30.

If you oppose this anti-faith, anti-woman, anti-child and anti-science legislation, make your voice heard! Send your personalized "Stop The 'Equality' Act!" message to Senators now. Click here or on the banner below to immediately fax all 50 GOP Senators -- and Sen. Manchin -- for only $30, or reach EVERY member of the U.S. Senate (100 faxes) for only $50:

Grassfire has been warning you who's most at risk from the so-called Equality Act (H.R.5). The "dangerous," anti-faith, pro-LGBTQ legislation is a threat to women's and girls' rights, people of faith, at-risk children and even the unborn.

The extreme, far-left bill also would force doctors and other medical professionals to choose between breaking the law or violating their faith. But whether you're a doctor, lawyer, schoolteacher, college professor, cake artist, florist, wedding photographer or work in some other profession, it doesn't matter. The misnamed Equality Act threatens to put Christians and other people of faith on the wrong side of the law!

H.R.5 insists that pro-faith Americans CANNOT disagree with the radical Democrats' and Unhinged Left's extreme pro-LGBTQ agenda. It threatens to invalidate "The Religious Freedom Restoration Act of 1993" -- a crucial law passed to guarantee and protect the sincerely held beliefs of Christians and other people of faith. The "Equality" Act sacrifices religious liberty on the "altar" of political correctness.

Radical Democrats, the Unhinged Left and the "woke mob" want to punish Christians and other people of faith who refuse to bow to an extreme, far-left, pro-LGBTQ agenda. That makes the Equality Act one of the GREATEST THREATS to religious liberty and people of faith that America has ever faced. Radical Democrats in Congress are trying to PUSH it to Joe Biden's desk as quickly as possible. Already passed in the House, Senate Majority Leader Chuck Schumer (D-NY) has positioned the bill so he can call a vote on H.R.5 at ANY TIME!

P.S. No matter what you do for a living, don't think the "cancel culture" of radical Democrats, the Unhinged Left, FAKE NEWS and the "woke mob" won't come for you, your church, or your Christian business if this bill becomes law. But the "Equality" Act needs 60 votes to pass the Senate. That means, 10 GOP Senators AND Sen. Manchin MUST side with Democrats and vote "YES" for H.R.5 to become law. Click here or on the banner below to instantly send your "Stop The 'Equality' Act!" faxes now:

Biden Promised an LGBT Bill. Joe Manchin Is Poised To Kill It. (The Daily Beast)