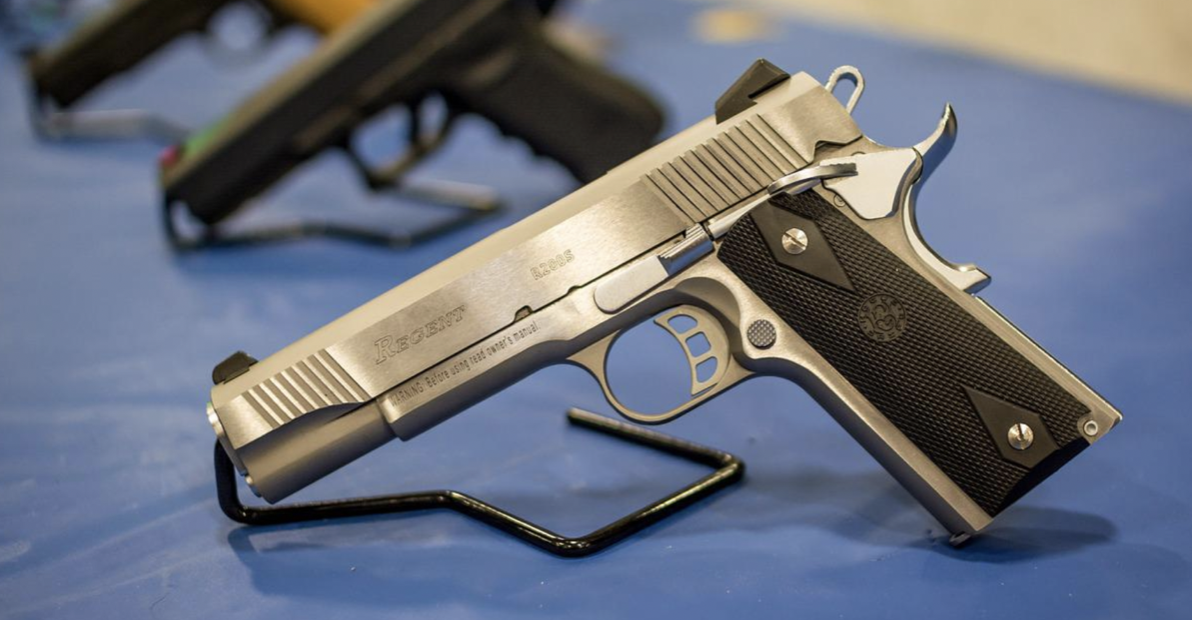 In our previous "Second Amendment Update" (see below), we shared some of the NRA's reaction to the Senate's new gun-control legislation. The much-maligned, 150-year-old, gun-rights organization issued a warning about the "Bipartisan Safer Communities Act" yesterday, but we didn't have space to include their full statement this morning. So, here's more from the NRA about how bad they think this bill is:

"This legislation can be abused to restrict lawful gun purchases, infringe upon the rights of law-abiding Americans, and use federal dollars to fund gun control measures being adopted by state and local politicians. The bill leaves too much discretion in the hands of government officials and also contains undefined and overbroad provisions — inviting interference with our constitutional freedoms."

The Second Amendment is clear: "(T)he right of the people to keep and bear Arms shall not be infringed." If you do NOT want the Senate to pass a bill that empowers states to use "red-flag" laws bypass Americans' right to due process, make your voice heard BEFORE tomorrow's vote!

Click here or on the banner below to instantly send your personalized "Stop Biden's Gun Grab!" faxes to all 50 GOP Senators for only $30. Or reach EVERY member of the United States Senate (100 faxes) on Capitol Hill for only $50:

The "red-flag" laws that are part of the "Bipartisan Safer Communities Act"should be a HUGE red flag to EVERY Republican Senator. But the 14 RINOs who voted for the bill yesterday want to "do something" to address "gun violence," so here we are: America is on the verge of threatening the Second Amendment rights of anyone who doesn't follow the radical, unhinged Left's "group think."

Don't approve of "drag-queen story hour" at your local public library or elementary school? You must be mentally defective. No gun for you! Don't support puberty blockers or "re-assignment surgery" for "trans" children? No gun for you either!

If you believe in protecting due process and your constitutional right -- enshrined in the Second Amendment -- "to keep and bear Arms," time is running out for you to make your voice heard! Click here to fax Senators now and demand they "Stop Biden's Gun Grab!" Thanks, in advance, for taking action BEFORE tomorrow's expected vote.

P.S. Again, if you missed this morning's "Second Amendment Update," please see below. More than a quarter of GOP Senators have already voted to pass a bill that infringes on YOUR constitutional right "to keep and bear Arms." If that's important to you as an "America First" patriot, Grassfire is empowering you to make your voice heard! Go here to fax Senators now and demand they "Stop Biden's Gun Grab!" tomorrow:

It was worse than we thought! For the past week, Grassfire has been warning team members that 11 RINO ("Republican In Name Only") Senators would stand with Joe Biden and Democrats to infringe on your Second Amendment rights. But just minutes after the text of "Bipartisan Safer Communities Act" was finally released last night, 14 GOP turncoats voted to violate your Second, Fourth and Fifth Amendment rights.

Yesterday, more than 25% of GOP Senators voted "Yes" on an 80-page bill that only a speed reader would have time to read. In their misguided quest to "do something" in the aftermath of tragic mass shootings by deranged individuals in Uvalde, Texas, and Buffalo, New York, "Republican" Senators are supporting legislation that calls for enacting "red flag" laws that violate due-process rights and that were declared unconstitutional by the Supreme Court last year.

Shortly after the bill's release, the National Rifle Association criticized it, tweeting: "The NRA will support legislation that improves school security, promotes mental health services, and helps reduce violent crime. However, we will oppose this gun control legislation because it falls short at every level. It does little to truly address violent crime while opening the door to unnecessary burdens on the exercise of Second Amendment freedom by law-abiding gun owners."

Last night's procedural vote sets the stage for more votes this week. The "Bipartisan Safer Communities Act" is being fast tracked so Senators can pass the billion-dollar bill before the start of their two-week, July 4th recess on Friday. With final votes expected TOMORROW, time is running out to protect your constitutional rights by making your voice heard!

Take immediate action to stop Democrat and RINO Senators from giving Joe Biden what he wants -- to infringe on the constitutional rights of law-abiding Americans! Protect the Second Amendment and your freedom "to keep and bear Arms" by using Grassfire's unique FaxFire system to instantly send a personalized "Stop Biden's Gun Grab!" message to Senators on Capitol Hill.

Take a stand against the Biden regime's efforts to disarm law-abiding Americans. Make your voice heard now by sending "Stop Biden's Gun Grab!" faxes to Capitol Hill. Click here or on the banner below to immediately fax all 50 GOP Senators for only $30, or reach EVERY member of the Senate (100 faxes) for only $50:

Again, the Senate is "fast tracking" the gun-control bill so it can be passed THIS WEEK. If there has EVER been a four-alarm fire that requires an immediate, overwhelming response from "America First" patriots, this is it! Click here to fax Senators now.

The Second Amendment clearly states: "The right of the people to keep and bear Arms shall not be infringed." The U.S. Constitution is very specific when it comes to gun control. Why should law-abiding gun owners be forced by Congress to forfeit their firearms and pay the price for the failures of the Biden regime and their allies on the radical, unhinged Left?

American cities have become battle zones of rising crime and gang violence, and the U.S. southern border is disintegrating. You can take immediate action to stop Joe Biden, his fellow Democrats and Senate RINOs from making it harder for citizens to protect themselves! Click here to fax EVERY Republican Senator now for just $30, or reach all 100 U.S. Senators for only $50 to "Stop Biden's Gun Grab!"

We've discounted this urgent FaxFire by 40% and 50% to empower you and your fellow team members to make their voices heard. (To send your own pro-Second Amendment faxes to lawmakers, click here for a list of Senate targets and their contact information.) Thanks, in advance, for taking action today.

P.S. When criminals, terrorists or mentally ill individuals use guns to hurt and kill people, it's tragic and unacceptable. Grassfire supports only competent, law-abiding citizens having access to firearms. If you want to protect your God-given constitutional right "to keep and bear Arms," make your voice heard! Go here to fax Senators now: