Biden's promised war on women and Christians is here! 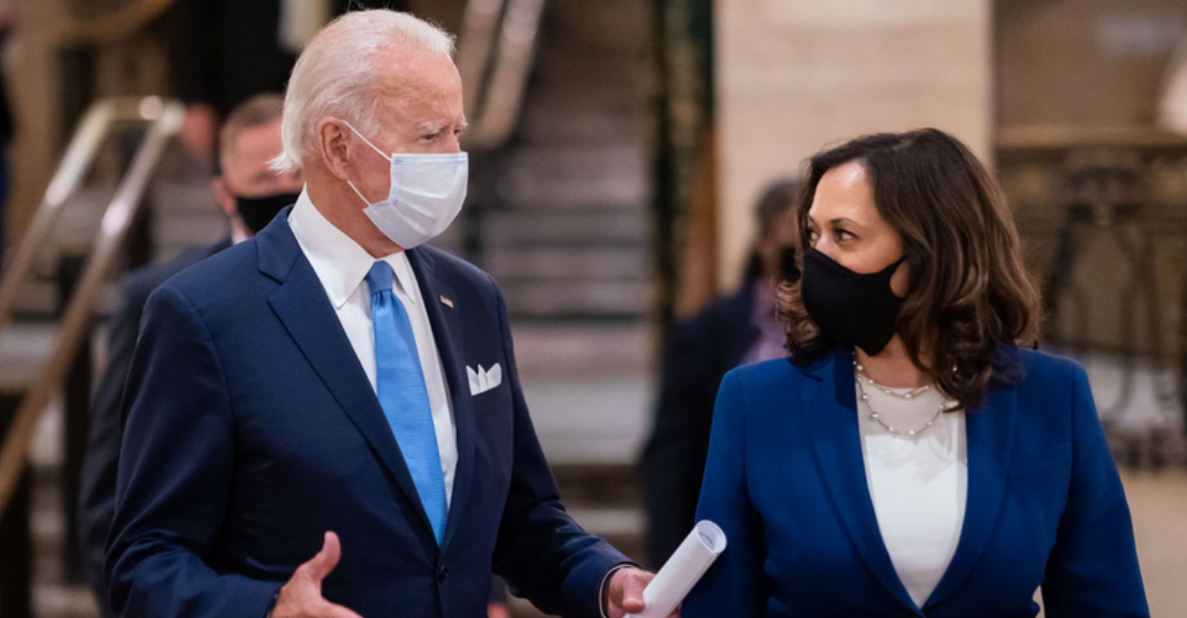 The Democrat-led House of Representatives has re-introduced the so-called "Equality Act." The highly controversial bill pushes a radical LGBT agenda that harms women and effectively criminalizes Christianity. It's expected to be voted on in the House THIS WEEK!

The radical legislation is NOT about "equality." Its goal is to strip away religious liberties and put people of faith on the wrong side of the law. Breitbart Politics reports that H.R.5 "would eliminate the legal recognition of male and female sex, cater to gender ideology, and designate protection for the unborn as 'pregnancy' discrimination."

In the Spring of 2019, Grassfire warned Americans this would happen. We told you how the unconstitutional and wrongly named "Equality Act" is a threat to women and Christians across the country. On June 8, 2019, we specifically noted that a Joe Biden administration would immediately begin pushing their LGBTQ agenda down the throats of Christian Americans. Here's what Grassfire wrote more than 18 months ago:

Biden not only threw his full support behind the Equality Act, he went so far as to say passing the act would be "the first thing I do."

So the "first thing" Joe Biden would do would be to push legislation that effectively criminalizes Christianity. It would force doctors and religious hospitals to perform sex-change operations, allow kids to choose the "gender identity" and even medically change their bodies without parental consent, allow men to access women's bathrooms and force churches to host gay weddings and hire and accommodate every possible gender identity. And it will ruin women's sports!

That's EXACTLY what has happened! On Day 1 of the Biden regime, the Commander-in-Thief issued an executive order entitled, "Preventing and Combating Discrimination on the Basis of Gender Identity or Sexual Orientation." Almost instantly, the new administration began pushing radical, transgender ideology at the expense of biological women. According to National Review:

It would more accurately be called "Promoting and Enforcing Transgender Activism." ... Here, Biden is simply picking up where President Obama left off. But where Obama introduced his overreaching gender-identity policies by the backdoor ... Biden is more explicitly laying out his administration’s plans for instituting transgender ideology in every sphere of life from schools, locker rooms, and sports teams, to health care and homeless shelters.

I urge Congress to swiftly pass this historic legislation. Every person should be treated with dignity and respect, and this bill represents a critical step toward ensuring that America lives up to our foundational values of equality and freedom for all.

Again, the House of Representatives are scheduled to vote THIS WEEK on this blatant attack against the rights of American women and Christians. The bill does not exempt churches, religious organizations, or Christian schools. In fact, this hostile new bill specifically forbids citizens or organizations from raising a religious free-exercise claim as a defense against it!

If you oppose this anti-women, anti-faith legislation, utilize Grassfire's unique FaxFire system to send you personalized "Stop The Equality Act" message now. Click here or on the banner below to immediately send your "Stop The Equality Act" faxes to your Representative, key GOP House leaders and the entire House Freedom Caucus for only $25:

Grassfire received an email from the office of House Minority Whip Steve Scalise (R-LA) this morning, saying that debate on the so-called Equality Act is scheduled to begin on Wednesday. That's why grassroots patriots MUST make their voices heard THIS WEEK!

Key GOP leaders on Capitol Hill need to hear from you now. Demand they "Stop The Equality Act" from becoming law! Click here to immediately fax up to 51 GOP Reps for just $25. (To send your own faxes, click here for a list of FaxFire targets and their contact information.) Thanks, in advance, for taking action!

Statement by President Joseph R. Biden, Jr. on the Introduction of the Equality Act in Congress (The White House)