Biden's worst gaffe ever? You decide... 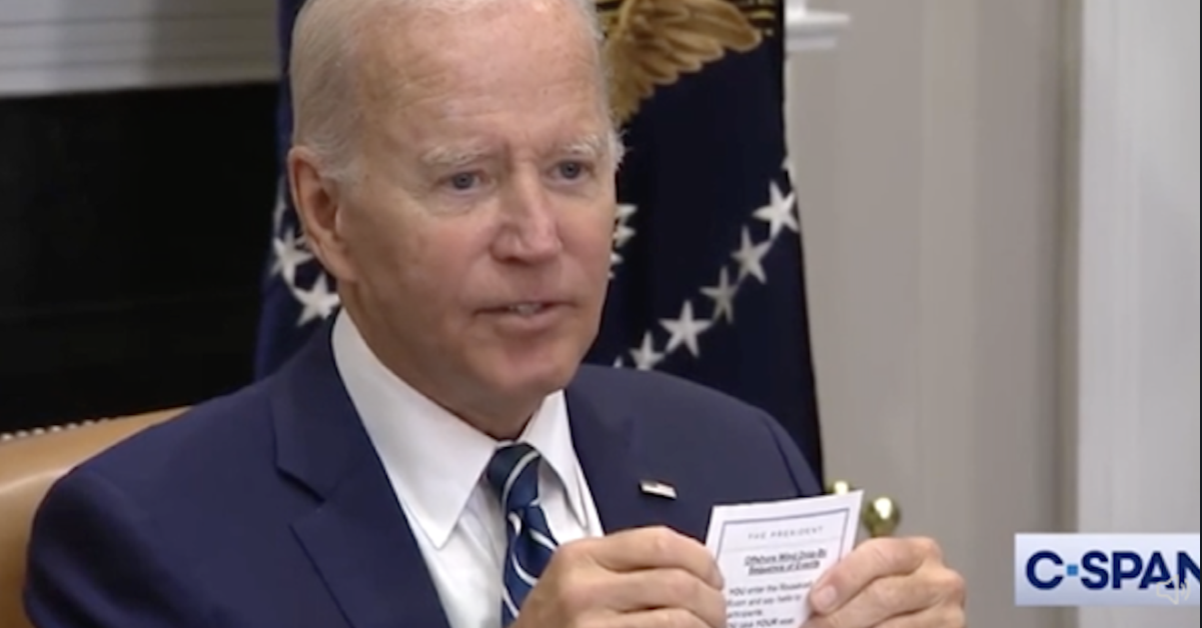 Joe Biden's goofs and gaffes have gone from surprising to ridiculous to just plain sad. America's 46th "Commander-in-Chief" has become a "human highlight reel" of mistakes, mispronunciations and misery.

A trove of unflattering film, volatile videotape and dubious digital imagery existed long before Mr. Biden ascended to the White House. But lately, cameras are capturing some of the worst footage yet. His public appearances reveal a man who's clearly not up to the task.

On Friday, while attacking the Supreme Court, defending abortionists and trying to make the procedure more accessible to women who want to kill their preborn infants, Joe Biden actually read two verbal cues from his TelePrompTer ("End of quote. Repeat the line.") that we're meant to be heard out loud. (Click here to see and hear it for yourself.)

Of course, Biden regime lackeys immediately got to work running cover for the obvious blunder. Within minutes, White House Deputy Press Secretary Emilie Simons insisted Mr. Biden said, "Let me repeat that line." They even changed the official White House transcript, because lying and falsifying documents to cover your boss' butt is what Democrats do.

In that same stump speech, Joe Biden stumbled again when he shared the widely disputed story of a 10-year-old rape victim who, after Roe v. Wade was overruled, was "forced" to travel from Ohio to Indiana to get an abortion. He said she left her home state "to terminate the presidency," instead of "pregnancy." Big difference.

Joe Biden's handlers can't hide his obvious decline anymore. The American people aren't fools. They can see it, too. All they have to do is look at his note cards.

At a White House event last month, Mr. Biden has been using them for months, but the one seen at a White House event was more detailed than previous ones. The note card provided step-by-step instructions about what to do and how to do it. Honestly, is this a man who should have access to our nation's nuclear codes?

In a recent Harvard CAPS-Harris poll, 60% of those surveyed said Joe Biden is not "mentally fit" for the presidency. An even higher number (64%) think he's "too old" to be "Commander-in-Chief," while 71% don't want him to run again. If you think it's time for GOP lawmakers to pressure Joe Biden to end his failed "presidency," we're empowering you to take action now.

Sign the "Joe Must Go!" national petition to tell Republican leaders to demand Mr. Biden's immediate resignation, removal or impeachment. Click here or on the banner below to make your voice heard by adding your name now:

The Biden presidency continues to be a train wreck of missteps, mistakes and failures. It's no wonder his regime has no answer to real problems like a shortage of baby formula or skyrocketing fuel costs when the "Commander-in-Chief" continues to be stumped by a TelePrompTer. When will Americans have enough? It's no wonder there are renewed calls for Joe Biden's resignation, impeachment or removal from office.