Biden: No "right" to deny a child's transgender decision 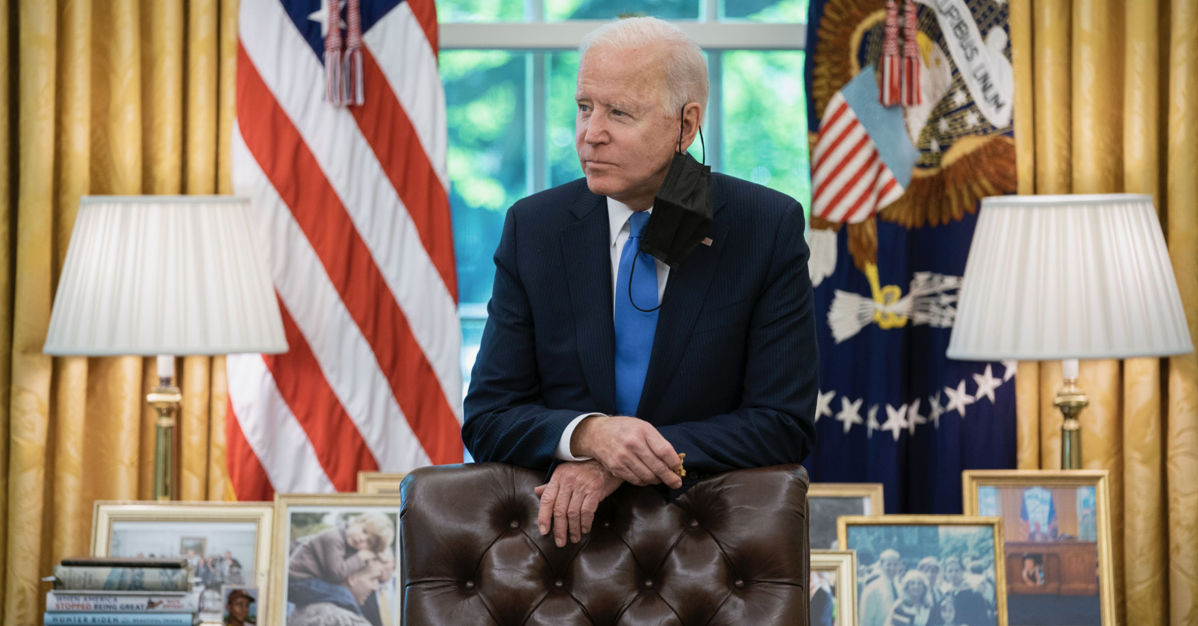 The so-called Equality Act seeks to normalize the "transitioning" of children in the U.S. But that's not all it does. The anti-faith, pro-LGBTQ bill would punish anyone who objects to misgendering boys and girls. That's why millions of Americans want to stop H.R.5 from becoming law!

Grassfire wants to remind you what a prominent, pro-life medical doctor wrote recently about "The inequalities of the Equality Act." Dr. Grazie Pozo Christie exposed the danger and hypocrisy of the pro-homosexual, pro-transgender legislation in the Catholic journal Angelus:

The Equality Act comprises 31 pages of social engineering designed to transform countless aspects of American lives, including the most private and intimate. Its tremendous reach is made possible by its central conceit — that the simple fact, understood by toddlers everywhere, that humans (like all mammals) come in two sexes, male and female, can be changed by government fiat.

Instead of the clarity of sex, it proposes a jumble of jargon and wishful thinking about the power of self-definition and the exaltation of sexual proclivity over everything we used to hold sacred, like the innocence of children and the protection of women.

In yesterday's "Equality" Act update, Grassfire told our team members about a report that radical Democrats and pro-LGBTQ activists are targeting "popular state bills that are being passed to protect children and athletes." We also shared Joe Biden's shocking and disturbing statement claiming there's no "right" to deny a child's transgender decision. If you missed that email, please go here.

To take immediate action that can embolden GOP Senators to "Stop The 'Equality' Act!", click here or on the banner below now. If you oppose this anti-God, anti-woman, anti-child and anti-science bill, fax all 50 Senate Republicans and moderate Democrat Senator Joe Manchin of West Virginia for only $30. Or reach every U.S. Senator (100 faxes) for just $50:

Joe Biden and his Democrat colleagues were unable to pass the misnamed Equality Act in his "First 100 Days," but that doesn't mean the fight is over. Senate Minority Leader Chuck Schumer (D-NY) has positioned the bill so it can be voted on at any time. But he needs 10 GOP Senators to "break ranks" and support the legislation for it to become law.

Tell Republicans to stand strong and stay united to ensure that religious liberty is NOT sacrificed on the "altar" of political correctness! If you oppose this extreme pro-homosexual and pro-transgender bill, make your voice heard now by utilizing Grassfire's "Stop The 'Equality' Act!" FaxFire. Click here to send your personalized message to Senators now.

If you want to send your own faxes, click here for a list of FaxFire targets and their contact information. Thanks, in advance, for taking action today.

P.S. What parent would let their eight-year-old son or ten-year-old daughter decide how much candy to eat, when to go to bed or what to watch on cable TV? Children also CANNOT be allowed to make body-altering, life-changing decisions like the ones Joe Biden, radical Democrats and the Unhinged Left want. If the "Equality" Act becomes law, moms and dads will have even less parental rights. The fight to protect and care for children, as it relates to biological sex and gender, will give anti-faith, pro-LGBTQ forces the upper hand. Click here to instantly send your personalized "Stop The 'Equality' Act!" faxes to 50 GOP Senators and Sen. Manchin for just $30, or reach all 100 U.S. Senators for only $50: