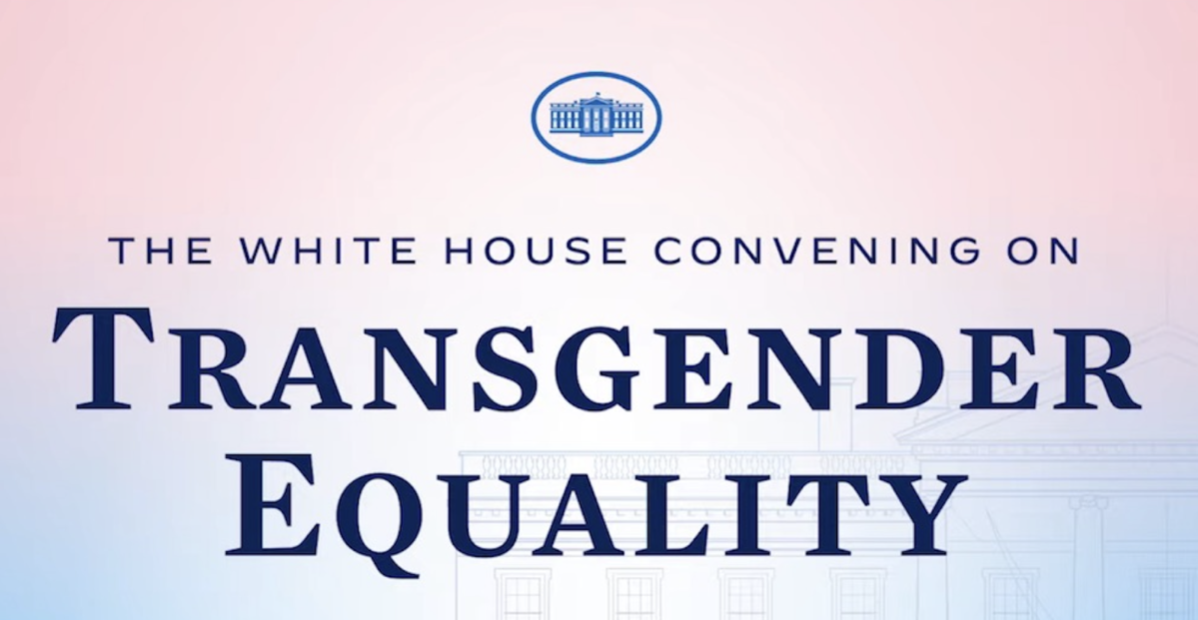 Last night on YouTube, White House Press Secretary Jen Psaki hosted an online event that she called "a national conversation on equality, freedom and opportunity for transgender, gender-nonconforming and non-binary Americans." But at 9:30 a.m. ET this morning, "The White House Convening on Transgender Equality" had less than 4,500 views. And, like many YouTube video's from the Biden regime, comments have been turned off. Also, as usual, the "dislikes" greatly outnumber the "likes." (The page had 503 "dislikes" vs. 128 "likes" and dropped to 413 "dislikes" just a few minutes later.)

Breitbart News reports that the purpose of the virtual event was "to denounce the popular state bills that are being passed to protect children and athletes from pro-transgender activists, teachers, and Democrats." LGBTQ Nation says the "convening of transgender leaders, activists, and administration officials [was held] to 'highlight the hopes, joys, and success of young transgender and nonbinary people across America.'"

Misgendering children and allowing them (even empowering them) to stay sexually confused is one of the key purposes of the anti-faith, pro-LGBTQ "Equality" Act (H.R.5). Radical Democrats and the Unhinged Left are trying to convince an entire generation of young people to embrace and follow an extreme, far-left ideology on gender and biological sex. To stop this dangerous, un-American legislation, Senate Republicans MUST hear from you! Go here to fax them now.

Joe Biden promised to sign a pro-homosexual, pro-transgender bill into law during his "First 100 Days" in office. Like with so many other things, he failed. But in his first address to (half of) Congress on April 28, Mr. Biden targeted transgender "young people," calling them "so brave" and claiming that he "has your back." At a D.C. "pride" parade last month, Kamala Harris said, "We need to make sure that our transgender community and our youth are all protected."

"The idea that an eight-year-old child or a ten-year-old child decides, 'You know, I decided I want to be transgender. That’s what I think I’d like to be — it'll make my life a lot easier!' There should be zero discrimination … and so I promise you, there is no reason to suggest that there should be any right denied your daughter — or daughters, whichever, one or two, your daughter — that your other daughter has a right to be or do. None. Zero."

So, if you do NOT think the so-called Equality Act targets children, think again. You can take action now to oppose the anti-faith, anti-woman, anti-child and anti-science bill. Embolden Senators to fight it by faxing them now using Grassfire's unique FaxFire system.

The misnamed Equality Act is a threat to women, girls, children, the unborn and people of faith. This dangerous, anti-American bill insists that Christians and others with sincerely held religious beliefs support a radical and extreme pro-LGBTQ agenda or face severe personal, professional and financial implications.

If signed into law, H.R.5 will impact churches, faith-based businesses, religious organizations (including adoption and foster-care providers) and Christian schools, colleges and universities. It threatens to affect employment opportunities and access to commercial bank loans for those who refuse to bow at the "altar" of political correctness.

Already passed in the House, Senate Majority Leader Chuck Schumer (D-NY) has positioned H.R.5 so it can be voted on at any time. Currently, he doesn't have the 60 votes needed for Joe Biden to sign the "Equality" Act into law. At least 10 Republicans would have to "break ranks" and vote "Yes" for the legislation to pass the Senate.

Click here to fax GOP Senators now, urging them to stand firm and stay united so this anti-faith, pro-LGBTQ bill won't make it to Mr. Biden's desk. To send your own faxes, click here for a list of "Stop The 'Equality' Act!" targets and their contact information. Thanks, in advance, for taking action today.

P.S. Again, you can immediately take action to defend religious liberty; to ensure a level playing field for women's and girls' sports; to validate the scientific difference between sex at birth and chosen gender; and to protect born and unborn children. The "Equality" Act harms women and girls by erasing significant safety, privacy and equality rights; defends abortion under the guise of "sex discrimination"; and forces medical professionals to choose between breaking the law and violating their faith. Urge Senate Republicans to keep fighting against the anti-faith, pro-LGBTQ bill! Click here to instantly send your "Stop The 'Equality' Act!" faxes to 50 GOP Senators and Sen. Manchin now for just $30, or reach all 100 U.S. Senators for only $50: