In last night's update (click here), we tried to warn you about Joe Biden's MAGA hate speech. If you missed it (and we hope you did), a dark, ominous red veil intentionally fell on the stage in the first few seconds. In both imagery and words, it was one of the most vile, angry and un-American speeches every uttered by a U.S. president. It was a classic case of the pot calling the kettle "evil."

Joe Biden's "Soul of the Country" address was even worse than Grassfire predicted -- or imagined. More than anything else, it sets the stage for President Donald Trump to be indicted soon by the Biden regime's politicized and weaponized FBI and Department of Justice. Some of Mr. Biden's low-lights last night include:

For full coverage of what you need to know about "'Dark' Joe's MAGA Hate Speech," click here for Grassfire's LibertyNews Daily Feed. 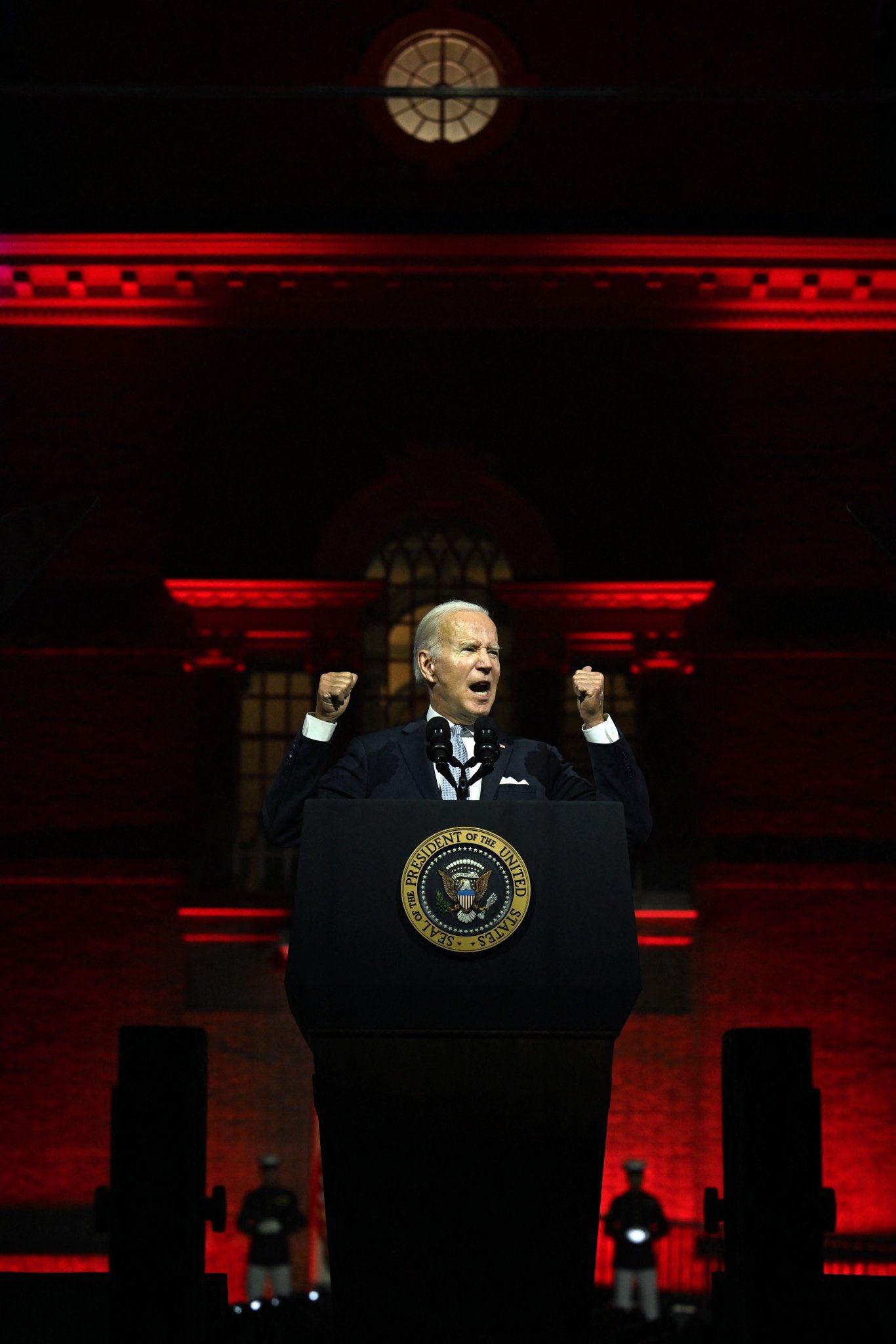 Joe Biden, radical Democrats, the Unhinged Left and "woke mob" are trying to turn "MAGA" into a slur -- a divisive, derogatory attack against tens of millions of "America First" patriots. What's wrong with wanting to "Make America Great Again"? The real "extremist" and "authoritarian leader" who's rejecting the "rule of law" is Joe Biden! Last night's hysterical, anti-Trump, anti-MAGA speech proved it.

These continued attacks, with their angry, hate-filled rhetoric, that target America's 45th Commander-in-Chief and his 74 million supporters MUST NOT be allowed to stand. Republicans in Congress and "America First" patriots across this great nation need to push back HARD and FAST.

That's why Grassfire is empowering and encouraging EVERY team member to IMMEDIATELY contact key members of the House and Senate using our unique FaxFire system. Fax your personalized message now to demand they "Stop Trump Attacks!"

Click here or on the banner below now to instantly reach up to 40 Republican Senators and a dozen Representatives on Capitol Hill. Demand they take immediate action to stop Joe Biden's -- and his fascist regime's -- continued attacks against President Trump and "America First" patriots:

Again, last night's speech by "Dark" Joe Biden was another attack -- perhaps the worst yet-- against President Trump and millions of "America First" patriots. If you don't think an indictment against our great nation's 45th Commander-in-Chief is imminent, then you're not paying attention.

Yesterday, Mr. Biden and his ilk previewed what's in store for MAGA and Donald Trump. Listen to them. Believe them. Then, click here to demand GOP Senators and Reps take immediate action to stop them. Thanks, in advance, for making your voice heard this morning.

P.S. If you missed last night's "Soul of the Country" preview, click here to read it now. Learn why nothing says "We're saving democracy" like the third-world, banana-republic tactics by Joe Biden, whose FBI and DOJ raided the home of his opposition leader. Fight against the Biden regime and for President Trump by clicking here or on the banner below to INSTANTLY fax 40 GOP Senators and a dozen Republican Reps. Demand they "STOP TRUMP ATTACKS!" now: