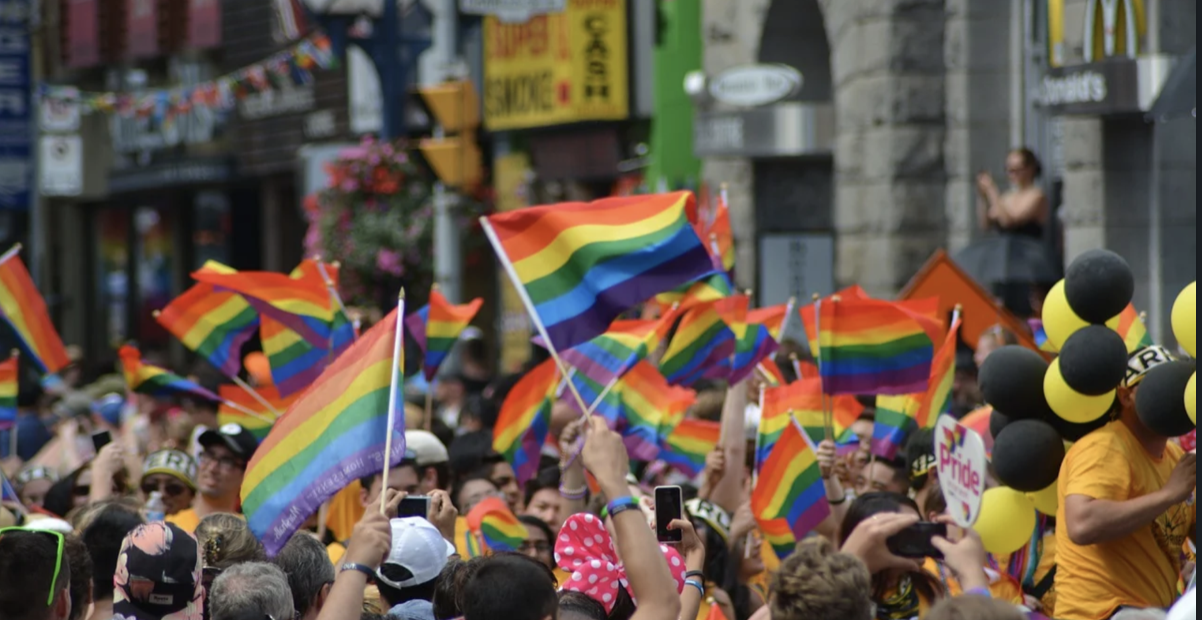 At a "pride" parade in Washington, D.C. this past weekend, Kamala Harris repeated the Biden administration's support for the so-called Equality Act (H.R.5). WRC-TV reports that Harris "walked with the procession for about a block" before making brief comments calling for more pro-LGBTQ legislation:

"We need to make sure that our transgender community and our youth are all protected. We need, still, protections around employment and housing. There is so much more work to do, and I know we are committed. And we understand the importance of this movement and our roles of leadership in this ongoing movement."

Saturday wasn't the first time the Biden regime targeted "youth" in their push to pass the anti-faith, pro-LGBTQ Equality Act. Back in April, during his speech before (half of) Congress, Joe Biden said:

"To all transgender Americans watching at home, especially young people who are so brave, I want you to know your president has your back."

As Grassfire reported then, radical Democrats, the Unhinged Left and the "woke" mob, apparently, have no age limit for their indoctrination efforts. But Jesus said in Matthew 18:6, "If anyone causes one of these little ones -- those who believe in me -- to stumble, it would be better for them to have a large millstone hung around their neck and to be drowned in the depths of the sea" (NIV).

"Young people" can't drive until they're 16 years old; can't vote or join the U.S. military until they're 18; and can't drink or smoke until they're 21. But "youth" engaging in homosexual and transgender behavior and children receiving gender therapy and sexual-reassignment surgery is acceptable to many so-called progressives.

These kind of liberal "values" are capable of destroying American families and, with them, the United States itself. That's what makes the anti-faith, pro-LGBTQ Equality Act such a bad piece of legislation. H.R.5 is not really about "equality" at all. It's an effort to push a radical, extreme, pro-transgender, pro-homosexual agenda down the throats of the American people.

Joe Biden promised to pass the misnamed Equality Act during his "First 100 Days" in office. He failed. But, based on Harris' comments, that isn't stopping Democrats from continuing to try. Senate Majority Leader Chuck Schumer (D-NY) says he'll bring the dangerous, un-American bill to the floor THIS MONTH and will "dare Republicans to vote against it."

If passed, the "Equality" Act would harm people of faith, women, girls, at-risk children and the unborn. Yet, a handful of RINO Senators reportedly want "a suitable alternative" to the radical, pro-homosexual and pro-transgender legislation. According to a FOX News source, "squishy Republicans" could green-light passage of H.R.5 -- only to have any compromised religious protections "killed by the courts."

Again, Schumer has pledged to hold a vote on the "Equality" Act by the end of June. But you can take immediate action to defend religious freedom; ensure a level playing field for women's and girls' sports; protect born and unborn children; and validate the scientific difference between sex at birth and chosen gender. Click here to instantly send your "Stop The 'Equality' Act!" faxes to Senators now.

Don't let GOP Senators negotiate a compromise that sacrifices religious freedom at the altar of political correctness. Take immediate action to "Stop The 'Equality' Act!" from reaching Joe Biden's desk. Any compromise opens the door for installing a radical, pro-transgender, pro-homosexual agenda through the courts.

P.S. H.R.5 is the greatest threat to religious liberty that America has ever seen. If signed into law, the "Equality" Act will impact churches, religious organizations (including adoption and foster-care providers), Christian schools, colleges and universities, faith-based businesses, and the people of faith who work for them. As written, the anti-faith, pro-LGBTQ bill invalidates current religious-liberty protections offered by 1993's Religious Freedom Restoration Act. Click here or on the banner below to instantly send your "Stop The 'Equality' Act!" faxes to Senators now: