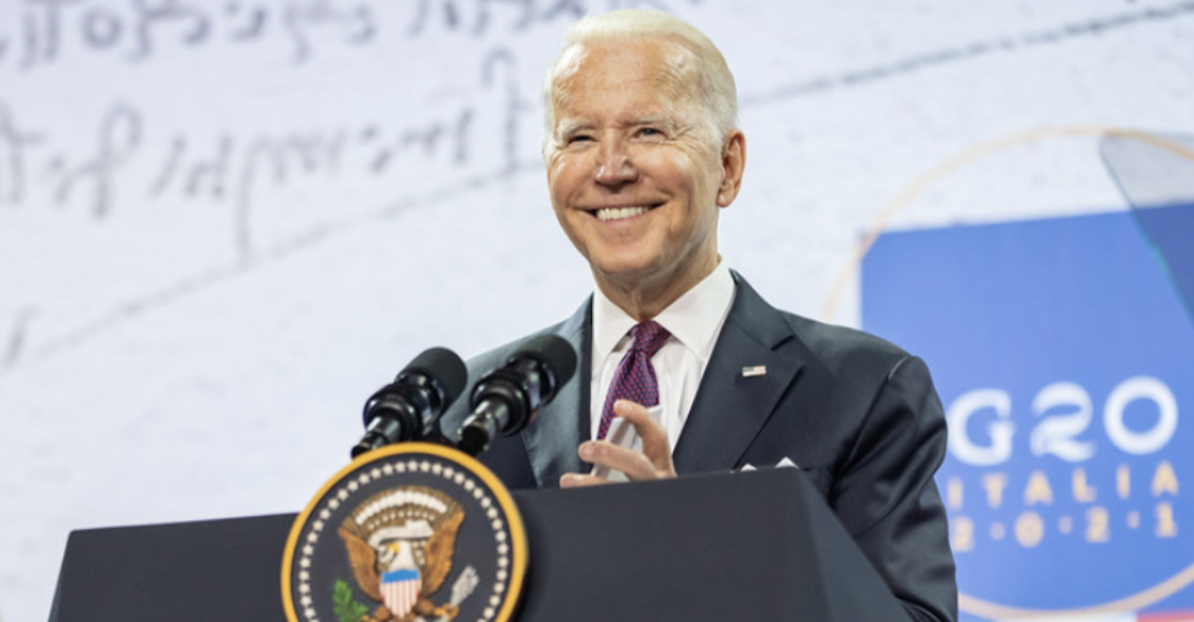 Yet another federal court has ruled against Joe Biden's forced vaccination of America. Last week, a judge for the U.S. District Court Northern District of Texas ordered a halt to vaccine and mask mandates for the government's Head Start preschool programs. FOX News reports:

The new rules issued last month require children over 2 in Head Start programs to wear masks, while the U.S. Department of Health and Human Services is requiring staff, contractors and volunteers in the program to be vaccinated by the end of January.

As previously reported by Grassfire, the Supreme Court of the United States (SCOTUS) will hear oral arguments THIS FRIDAY (January 7) challenging two of Joe Biden's COVID "jab" mandates. The federal judge in the Texas ruling concluded: "(T)here is a substantial likelihood that the mandates do not fit within the Head Start Act’s authorizing text... and that the mandates are arbitrary and capricious."

The first dispute will examine whether the Biden regime's vaccine-or-test requirement for workers at companies with more than 100 employees violates the constitutional rights of Americans. The other challenge is to an immunization mandate for health-care workers at facilities that receive federal funding, also demanded by this far-left administration.

SCOTUS announced this rare, "emergency" session as coronavirus cases were increasing nationwide and with the Omicron variant (Joe Biden's new COVID "boogeyman") dominating headlines. Radical Democrats and other fearmongers on the Unhinged Left want you to believe that the new COVID variant could be a death sentence for you and your loved ones if you refuse vaccines and boosters.

Coronavirus IS dangerous to specific populations and great care MUST be taken to protect high-risk groups and individuals. But is the answer FORCED VACCINATING AMERICA? Click here if you answered "NO!" and sign the "No Jab Mandate!" national petition.

The High Court is expected to rule quickly on the "fast-tracked" disputes after hearing arguments later this week. That's why Grassfire is mobilizing a petition delivery to the Supreme Court on January 6. We want Justices to hear from American patriots, like you, who oppose the Biden regime's COVID tyranny!

You can make your voice heard in the fight against Joe Biden's unconstitutional vaccine edicts. The national "No Jab Mandate!" petition empowers you to send a bold, anti-tyranny message to Capitol Hill.

You can fight the radical, unhinged Left's COVID tyranny! Click here or on the banner below now to sign the "No Jab Mandate!" national petition:

Multiple federal courts had paused Joe Biden's forced vaccination of America. Those decisions have set up the constitutional showdown at the United States Supreme Court on January 7. Millions of Americans should NOT be forced to choose between taking the jab and losing their jobs. Click here to make your voice heard on Capitol Hill.

First, it was COVID-19, then the Delta variant. Now, Omicron could be the excuse Big Government uses to prolong their tyranny and violate the constitutional rights of millions of Americans. What's even more infuriating is that reports indicate Omicron MAY NOT BE the wide-scale, deadly threat the Biden regime would have you believe.

Grassfire is empowering our team members to fight back against the Biden regime's forced vaccination of America! If you oppose this kind of government overreach, click here to sign the "NO JAB MANDATE!" national petition now. Thanks, in advance, for making your voice heard.

P.S. Please note that Grassfire is not against people choosing to receive the coronavirus vaccine (or any other immunization), especially the elderly and those most at risk. But the Biden regime and the radical, unhinged Left have launched the FORCED VACCINATION of America. If you do NOT think the "jab" should be mandated or forced on Americans for work, school, military service or any other reason, go here to sign the "No Jab Mandate!" national petition now:

Justices will hear arguments on Jan. 7 in challenges to Biden vaccine policies (SCOTUSblog)