A small victory for the Grassfire army 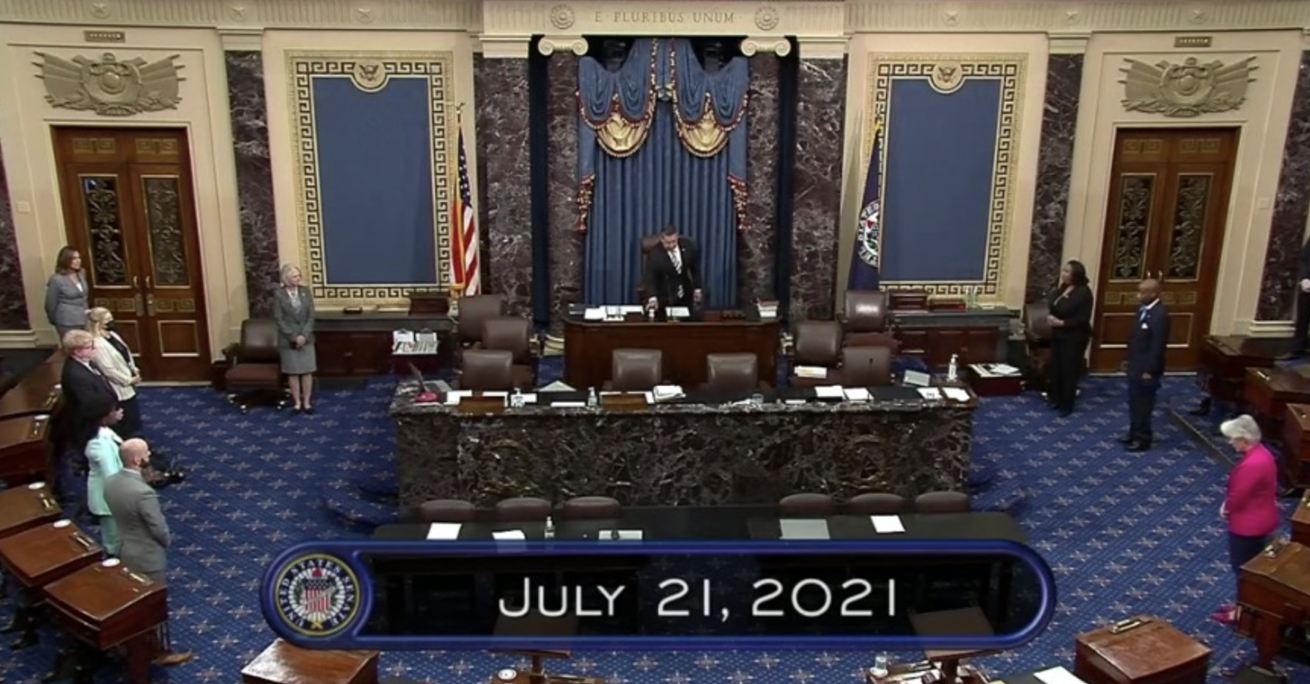 Today may have been a small victory for the Grassfire army, but it was a "W" just the same. All 50 Republican Senators stood firm and stayed united to pull America back from the brink of socialism -- at least for now.

Senate Majority Leader Chuck Schumer's (D-NY) procedural vote on a $1.2-trillion "infrastructure" bill (that hasn't been written yet) was bound to fail. Democrats and FAKE NEWS have been claiming the legislation, which spends less than half the designated funds on actual infrastructure, was bipartisan. Today, showed that it's not.

Before this afternoon's vote, Senate Minority Leader Mitch McConnell (R-KY) took a tongue-in-cheek approach to the "invisible" legislation. "Around here, we typically write the bills before we vote on them," he joked. "That's the custom."

Still, Grassfire Nation is holding its breath, expecting a "compromise" to be struck in some backroom of the U.S. Capitol tonight, tomorrow or next week. Why? Because, according to FOX Business, McConnell "left the door open" for a future vote on a completed infrastructure bill. "A failed cloture vote does not mean 'No' forever," he said.

Infrastructure spending on roads, bridges, ports, the U.S. energy grid, etc. is necessary and negotiable. But to radical Democrats, "infrastructure" is whatever they say it is. Should American taxpayers finance extreme, far-left wish-lists?

If you want to "Stop The Spending Scam!", click here or on the banner below to fax all 50 Senate Republicans and moderate Democrat Senators Joe Manchin (WV) and Jon Tester (MT) for just $30. Or reach all 100 U.S. Senators for only $50:

Again, Schumer's procedural vote may have failed this afternoon, but that doesn't mean the fight is over. Republicans can win the battle and still lose the war. Make your voice heard and tell Senators to "Stop The Spending Scam!"

Schumer needed 60 votes today for the Senate to move forward on his $1.2-trillion SPENDING SCAM. That would have required 10 Republicans to vote "Yes" -- and didn't get a single one! But if patriots, like you, want to "Stop The Spending Scam," GOP Senators MUST continue to hear from liberty-loving Americans.

If Senate Republicans eventually cave, U.S. taxpayers could be on the hook for $3.5-trillion in FUTURE SPENDING on Democrat pet projects. Click here to fax Senators now! Thanks, in advance, for taking action today.

P.S. While all 50 Republican Senators stood together and stayed united today, the dirty word of "compromise" is expected to escape from the lips of GOP lawmakers soon. Early this morning, Grassfire updated our FaxFire letters calling on Senators to "Stop The Spending Scam!" So, even if you've faxed before, please consider reaching out to lawmakers again. Go here to fax Senators now: