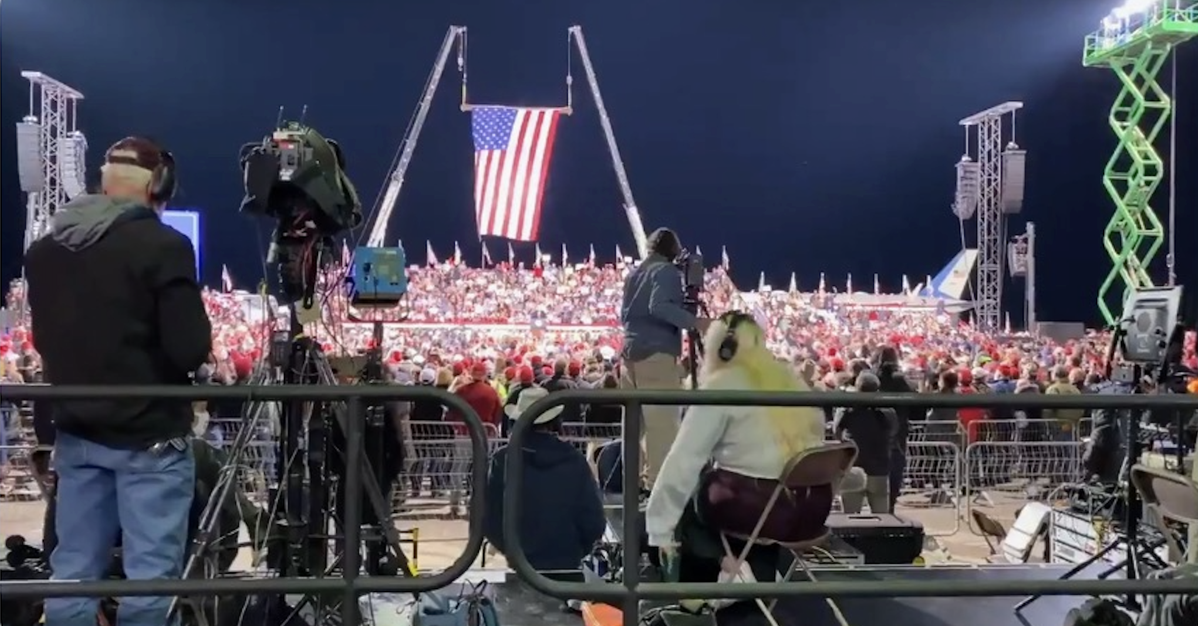 Grassfire wants to start off your week by sharing one of the most powerful moments in the history of Trump rallies. On Saturday, the President traveled to Valdosta, Georgia, to support Republican Senators Kelly Loeffler and David Perdue. Both are facing radical, far-left Democrats in a January 5, 2021 run-off election that will decide the balance of power in the United States Senate.

At one point during the rally, as America's Commander-in-Chief spoke to the crowd of thousands, he was interrupted by HUGE chants of "Fight for Trump! Fight for Trump!" Click here or on the image to watch the amazing video now.

That 17-second video from a correspondent with Right Side Broadcasting Network was viewed more than two million times on Twitter -- in just 36 hours! It tells Grassfire that our Commander-in-Chief STILL has overwhelming support from the American people. That video also shows that grassroots patriots are mad -- fighting mad -- at Democrat efforts to steal the 2020 election AND at the GOP Establishment's lack of effort to stop it.

+ + Stand With The President To Stop The Steal!" Fax Lawmakers Now!

Last week, Grassfire updated our "Stop The Steal!" FaxFire -- at no extra cost -- by adding the governors of SEVEN states at the center of this fight: Arizona, Georgia, Michigan, Nevada, Pennsylvania, Virginia and Wisconsin. Our unique FaxFire system also targets an additional 16 lawmakers in four of those battleground states (Georgia, Michigan, Pennsylvania and Wisconsin), as well as ALL 53 Republicans in the U.S. Senate!

Evidence of massive voter fraud and election interference can be found across the country. But the biggest fights right now are in more than a half dozen battleground states that WILL DECIDE the 2020 election.

Yesterday, Supreme Court Justice Samuel Alito moved up a deadline for Pennsylvania officials to file briefs related to an emergency injunction. The Trump campaign calls the state's mail-in balloting process unconstitutional and wants the nation's High Court to overturn the results of the presidential election there.

That case and others are expected to make big news this week. Grassfire will do our best to keep you up to date on the "Fight for Trump!" Grassroots patriots, like you, MUST keep fighting to "Stop The Steal!" This is another battle the President needs your help to win!

Please take action now to demand House and Senate Republicans expose any and all voter fraud. (Click here to see a complete list of FaxFire targets and their contact info.) Thank you, in advance, for standing with America's Commander-in-Chief.