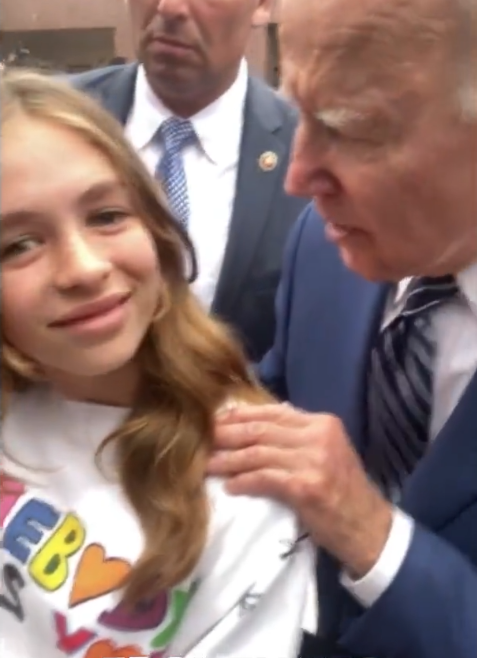 Joe Biden STILL hasn't learned to keep his hands to himself. In the past week, two videos show him touching and "creeping" on a young woman and girls. But the FAKE NEWS media, the radical, unhinged Left AND his handlers, literally, want you to ignore it and look the other way -- like they've been doing for decades!

In the first video, Mr. Biden appears to sniff a teenage girl's hair before putting his hand on her shoulder, leaning in, and telling her, "No serious guys until you're 30." At the end of the video, a member of "Creepy Joe's" security team appears to urge the person recording it to stop. 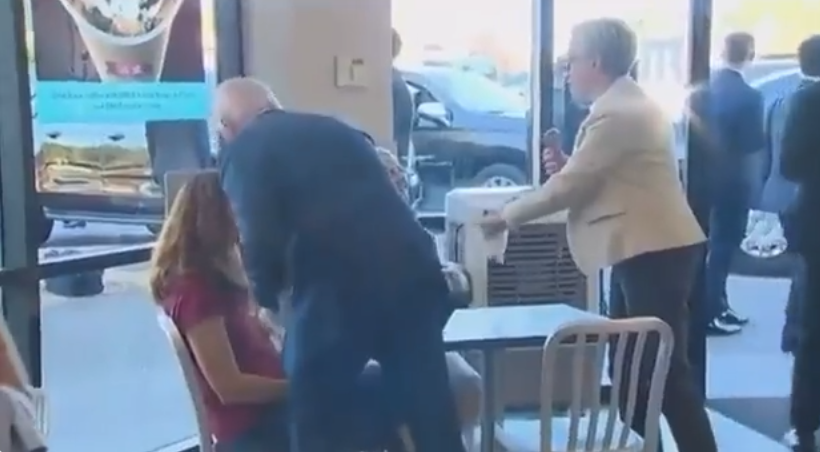 The second video is from a visit to a Baskin Robbins in Oregon on Saturday. Shortly after the so-called "Commander-in-Chief" claimed, while chomping on an ice cream cone, that the U.S. economy is "strong as h*ll," he approached a table with three female customers. After an uncomfortably long handshake with a girl, who appears to pull her hand away, he leans in and touches the mom. At the same time, his "handler" is seen, apparently, trying to distract another woman at the table.

Both videos are enough to make most people cringe. It's amazing that a nearly 80-year-old man STILL hasn't learned to keep his hands to himself, and it's disgusting that radical Democrats, the Unhinged Left and the FAKE NEWS media keep failing to hold him accountable. Didn't the COVID "feardemic" teach us to social distance? Didn't the #MeToo movement demand that men keep their hands off women and girls? 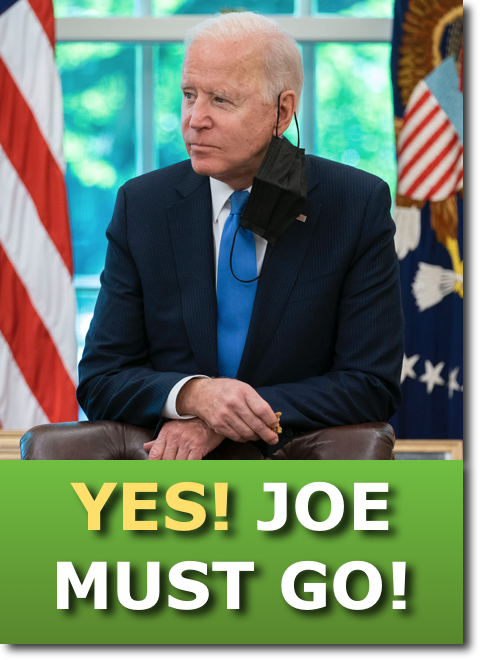 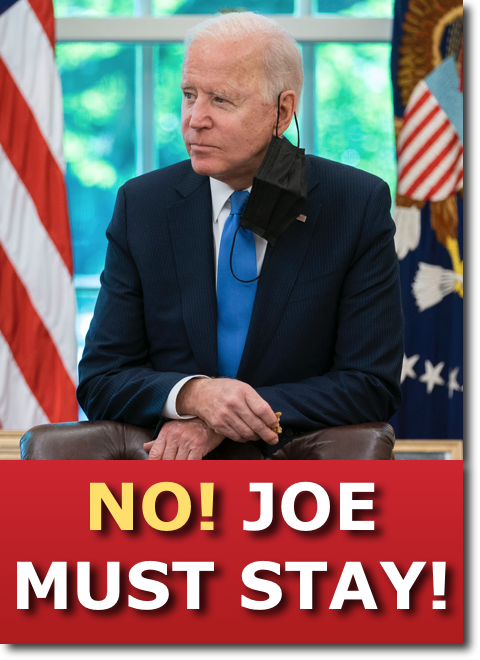 Please let us know whether or not you think Joe Biden's inappropriate touching (and apparent sniffing) disqualify him from office. After voting, please forward this message to your friends and family members. We want to know what they think, too. Grassfire staff will share the results of our one-question "Joe Must Go?" QuickPoll when it reaches 10,000 votes. Thanks, in advance, for taking action this morning.

Joe Biden Sniffs and Creeps on Another Young Girl, and It’s Not Fine (Red State)