We were wrong. Everyone was wrong. There was no "red wave." As The Gateway Pundit put it, yesterday was more of a "bloodbath." Even if the GOP squeaks out a House majority, the Senate likely goes, at best, 50-50. (Does anyone seriously think Republicans can win a runoff in Georgia? Remember 2020?)

Consider this: Joe Biden did FAR BETTER than every president back to Ronald Reagan (and probably beyond) in their first-term midterm election. The party in power usually gets "whacked" at the incumbent's halfway point. Not this time. Shocking, right?

In their first midterms, Barack Obama lost SIX Senate and 63 House seats. Bill Clinton lost EIGHT in the Senate and 52 in the House. Joe Biden may lose ZERO in Senate and just a few in House, all while 74% of Americans, including 53% of Democrats, think the country is headed in the wrong direction.

How is this possible? Well, for most leftists, "Orange Man Bad" and abortion "rights" outweigh 10% to 20% real inflation, a crumbling stock market, open borders, rising crime, the trans/woke insanity in failing public schools, a broken economy, and two years of our rights being taken away.

The core LEFT is HARD CORE. They aren't going to move. They'll even vote for a Senator who can't speak coherently at rallies, never held a real job and lived off his parents until he was almost 50!

There are lessons to be learned from Florida, which shifted 20 points to the incumbent Republican Governor Ron DeSantis in just four years. First, DeSantis emerges as the GOP leader. He stood against the COVID tyrants, created an outpost of freedom and the people rewarded him for it.

Perhaps more importantly, Florida Republicans secured REAL ELECTIONS with REAL ELECTION RESULTS in a state that suffered through "hanging chads" 22 years ago. Results from "The Sunshine State" were counted on election night and, what a coincidence, the RED WAVE appeared!

If Arizona's elections were run like Florida's, the GOP's Kari Lake would have won last night. If Pennsylvania had real elections, Democrat John Fetterman wouldn't have won.

For many waking up this morning, the 2022 election feels like 2020 all over again. Other than Florida and a few pockets of GOP resistance, this was a repeat of two years ago. It was as if President Trump was on the ballot again. Do we go into 2024 with Arizona, Georgia, Michigan, Pennsylvania and Wisconsin all in this same place? Can Trump win in two years without those states?

Then again, it may not matter who the GOP nominee is if election engineering in key states continues. Liberty hangs in the balance. We must get back to work saving America. 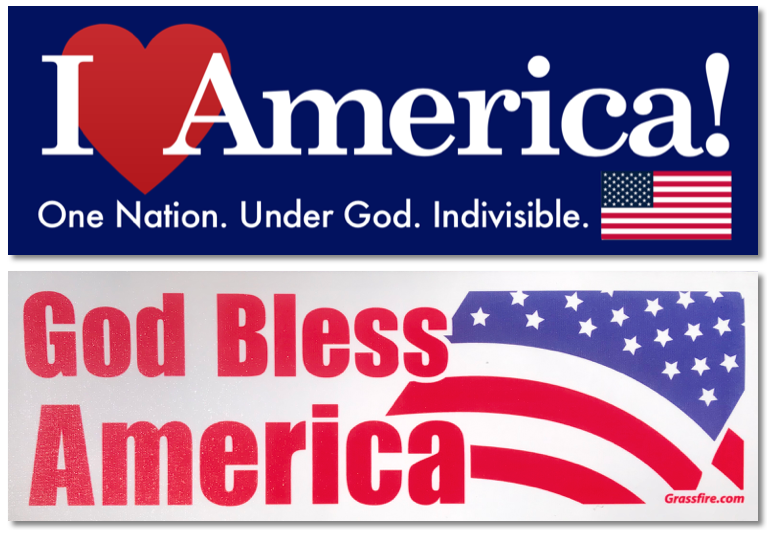 P.S. Grassfire wants to offer team members a sliver of hope today. Our ReSticker "Prayer PAK" sends the exact message that so many "America First" patriots need to hear. When you support our grassroots efforts to fight back against the Biden Regime, Big Tech censorship and FAKE NEWS with a contribution of ANY AMOUNT, you'll receive Grassfire's exclusive "I ❤️ America" and "God Bless America" ReStickers. These state-of-the-art bumper stickers can be applied and re-applied to virtually any smooth surface. Plus, we'll ship them to you FREE. Click here or on the banner below to receive "Prayer PAK" ReStickers in appreciation for your contribution of ANY AMOUNT:

Challenges in Moving Toward a More Inclusive Democracy: Findings from the 2022 American Values Survey (PRRI)