Here are the Republicans who are either supporting impeachment, waffling or uncommitted regarding the issue... 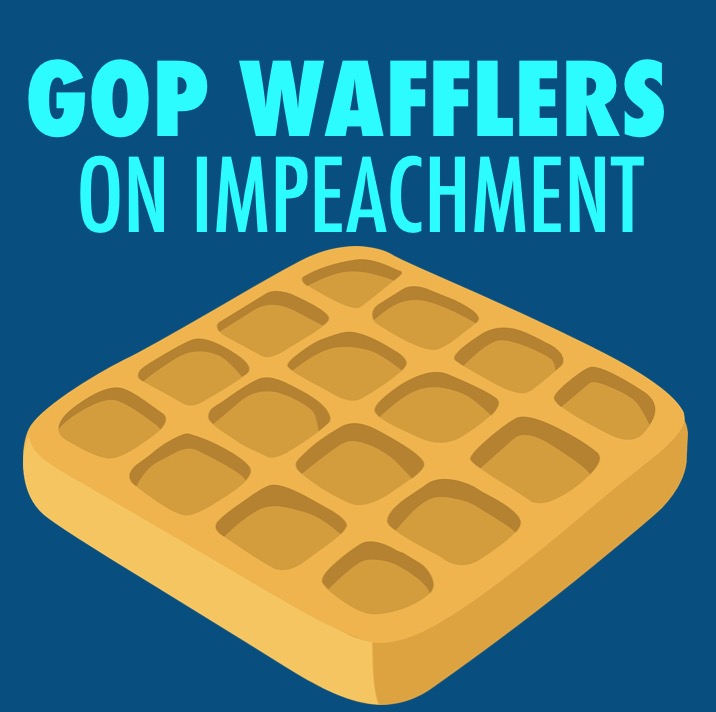 UNCOMMITTED
(These GOP reps have not responded to NYTimes inquiry on impeachment.)

TOP CRITIC IN THE SENATE

+ + ACTION: Fax the GOP Wafflers NOW and let them know where you stand!

The fact is, impeachment cannot happen without GOP support. That's why it is critical for the GOP Wafflers in the House and Senate to hear from grassroots Americans.

Grassfire has set up a special GOP Wafflers FaxFire that will deliver your fax message to the key GOP Wafflers listed above. Simply select your Fax Targets below to get started! (To see a complete list of FaxFire targets and their contact information, click here.)