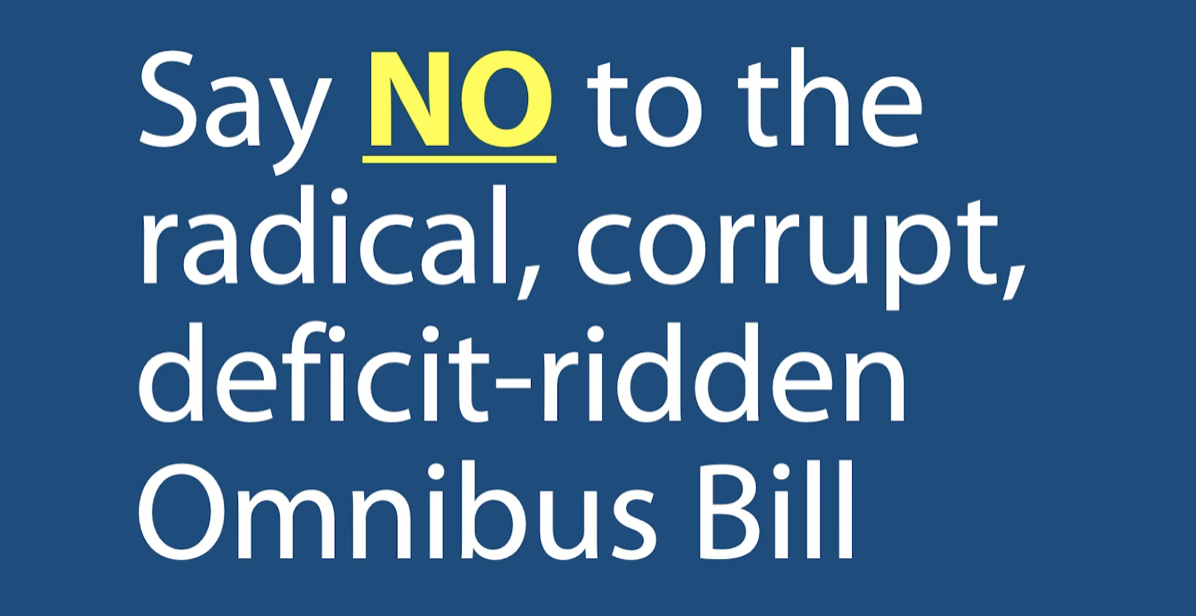 They're doing it again...

Last last night under the cover of darkness, the House passed a $1.5 TRILLION "omnibus" spending bill that is loaded with pork, Green initiatives, earmarks that legalize kickbacks for Congress and massive new deficit spending.

It's the same dirty deal trick... Package up a massive spending increase loaded with pork, Green New Deal initiatives and special deals for members of Congress and ram it through Congress...

And do it in the middle of the night!

+ + Massive Kickbacks For Members of Congress!

Perhaps worst of all, Democrats and RINOs have joined together to bring back EARMARKS -- the dirty trick that allows members of Congress to funnel billions back to their districts, which only leads to more money corruption in politics.

This Omnibus Scam includes 4,000 earmarks, including 142 linked to Sen. Schumer's name. While Democrats are the worst offenders, GOP RINOs are bellying up for the pork as well. These earmarks allow members of Congress to funnel billions to their pet projects!

Grassfire is making a way for citizens to let their voice be heard BEFORE the Senate vote on the Dirty Omnibus Spending Deal. This "Say No To the Dirty Omnibus" FaxFire empowers you to call on every GOP Senator to reject this wasteful, pork-filled, corruption-riddled legislation.

Because this is so critical, we are empowering our Grassfire team to send their "Say NO to the Dirty Omnibus" faxes at a 40% discount!

Click here or on the banner below now to immediately fax your two Senators, ALL 50 Republican Senators and two moderate Democrats -- Sen. Kyrsten Sinema (AZ) and Sen. Joe Manchin (WV)-- for just $30. Tell them to say NO to the Dirty Deal Omnibus:

👉 ATTENTION GRASSFIRE VIPS: GO HERE TO SIGN IN AND SEND YOUR "NO on Omnibus Scam" FAXES FOR 80% OFF! Not a VIP? Go here to send this fax at an 80% discount. (Trouble accessing your benefits? Go here.)

The Senate wants to wrap up this dirty deal BEFORE THE WEEKEND!

If you are outraged by yet another spending scam that created billions in new "kickbacks" (what they call earmarks) for members of Congress, go here to send your faxes.