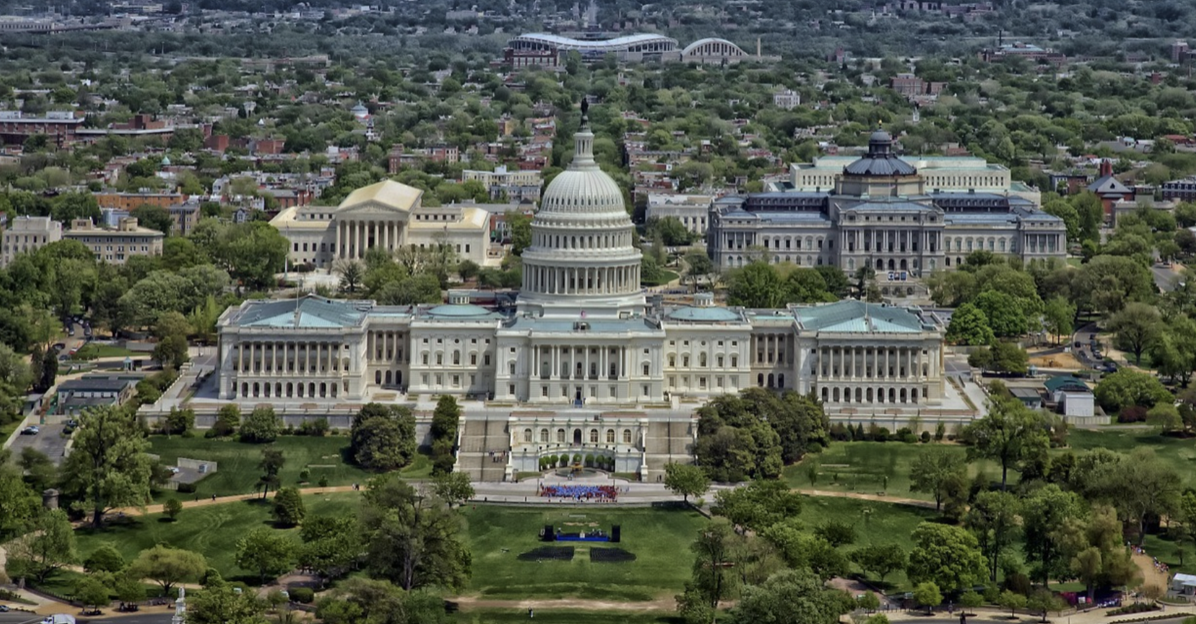 Senate Democrats reportedly are counting on RINOs in the Upper Chamber to "gin up" support among their colleagues for the horribly misnamed "Respect for Marriage Act." H.R.8404 is expected to be on the menu at tomorrow's Senate GOP lunch on Capitol Hill. Sen. Susan Collins (R-ME) and other so-called Republicans are expected to bring up the same-sex marriage bill for discussion.

POLITICO reported this morning that "leading" negotiators of the anti-faith, pro-LGBTQ legislation will be "looking for signs of Republican support." The article also quotes a Democrat source who said Senate Majority Leader Chuck Schumer (D-NY) could file cloture at "the end of the week" and move H.R.8404 to the floor of the Upper Chamber.

Today's report confirms what we told you late last week: The pro-gay, pro-trans legislation could come to the Senate floor "very soon" and "become law by the end of THIS MONTH." RINOs are said to be working on a DIRTY DEAL now that could violate the First Amendment, religious-liberty rights of ANYONE who holds traditional views on marriage and sexuality.

Grassfire is holding to our prediction that Democrats will jam through this legislation with the help of weak-kneed GOP Senators who will cave to the radical, unhinged Left -- like they have repeatedly since Joe Biden took office. Schumer only needs to find 10 RINOs willing to vote "Yes" for the poorly named "Respect for Marriage Act" to become law. 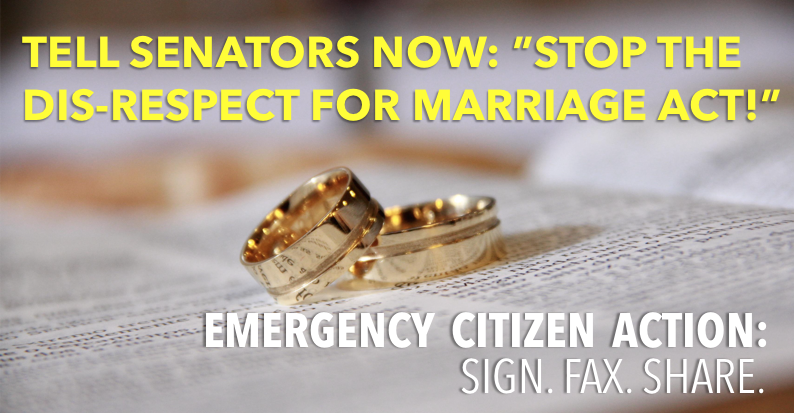 So, we're empowering YOU to demand every GOP Senator take a stand. Make your voice heard now to protect the constitutional rights of conservatives, Christians and other people of faith who reject same-sex marriage.

The so-called "Respect For Marriage Act" threatens the First Amendment, religious-liberty rights of conservatives, Christians and other people of faith. Joe Biden's and the Democrats' anti-faith, pro-LGBTQ legislation could punish anyone who holds traditional views on marriage and sexuality.

Grassfire has been sounding the alarm on the "Dis-Respect For Marriage Act" for weeks. Now, to get the radical, far-left bill passed, ANOTHER DIRTY DEAL between Democrats and RINOs is IMMINENT!

More than 80 national religious leaders insist the legislation "is an attack on millions of Americans" that will "endanger people of faith." Senate Democrats are counting on finding 10 weak-kneed RINOs to pass their pro-LGBTQ, pro-gay and pro-trans bill. Call on the GOP to stand strong and stay united against the misnamed "Respect For Marriage Act!" Click here to petition Senators now.

Again, H.R.8404 is expected to move to the Senate floor THIS WEEK, so Joe Biden can sign the anti-faith, pro-LGBTQ legislation into law later THIS MONTH. Take immediate action to defend YOUR constitutional rights. Push back against the Biden regime, radical Democrats, the Unhinged Left, and the "woke" mob! SIGN HERE NOW. Thanks, in advance, for making your voice heard.

P.S. If you're among the millions of Americans with traditional, biblical views on marriage and human sexuality," the so-called "Respect for Marriage Act" is a direct threat to your First Amendment right to religious freedom! Call on Senators now to protect conservatives, Christians and other people of faith! Schumer needs just 10 of the 50 Republican Senators to cave for H.R.8404 to become law. Please consider taking immediate action to stop this anti-faith, pro-LGBTQ bill. Go here to make your voice heard by signing the "Stop Dis-Respecting Marriage!" national petition now:

Playbook: Washington revs up for a stacked week (POLITICO)

Read our earlier reports about the "Dis-Respect For Marriage" Act: