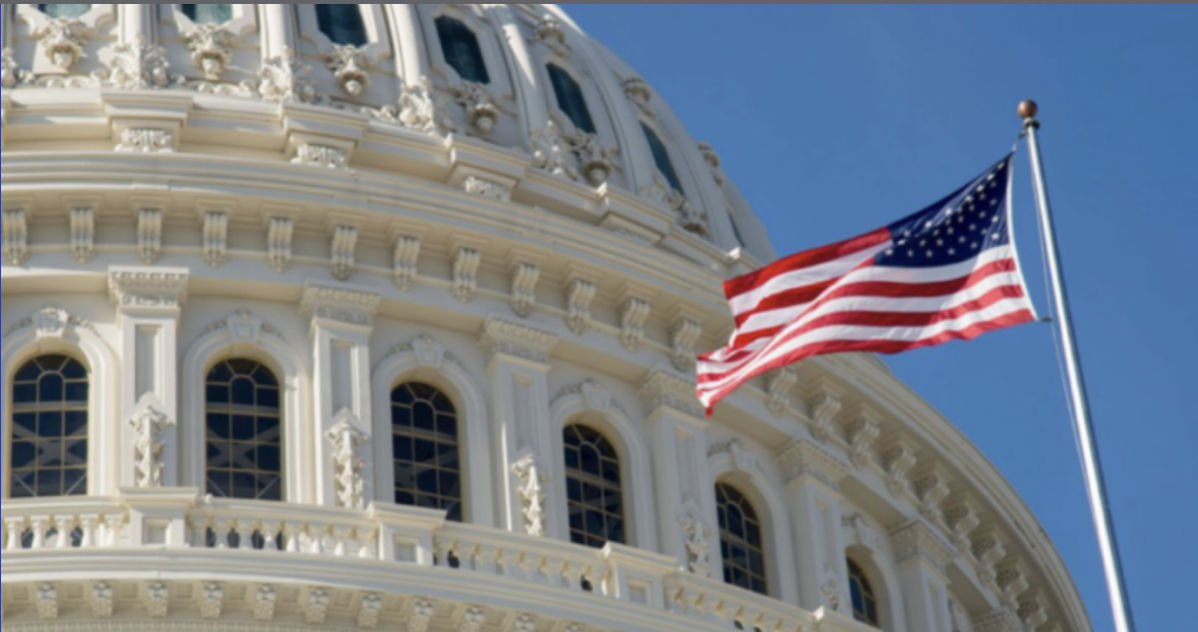 WASHINGTON, D.C. (GF) — House Speaker Nancy Pelosi (D-CA) is pushing for a vote TODAY on "Phase 1" of Joe Biden's SPENDING SCAM. The fake, infrastructure bill only spends about 10% of its $1.2 trillion on roads, bridges, airports, etc. The rest is a socialist wish-list of progressive, pork spending.

But with the Democrat Party in chaos, no one really knows if that vote will happen tonight, tomorrow or even next week. Current "in-fighting" among House Dems makes this a critical time for patriots opposed to the "Biden Boondoggle" to make their voices heard. Click here to send "Stop The Spending Scam!" faxes to Capitol Hill now.

Far-left Representatives are threatening to vote "NO!" today because they want trillions more taxpayer dollars to spend on "human infrastructure," "climate infrastructure," "election infrastructure," etc. Unless an agreement is in place to also pass the $6-trillion "Phase 2" legislation, the most radical Democrats in the House say they'll embarrass Ms. Pelosi and Mr. Biden by voting against the "smaller" bill.

FOX News reports: "House progressives are refusing to vote for the bipartisan infrastructure bill until they have at least a public commitment from (Sen. Kyrsten) Sinema (D-Ariz.) and Sen. Joe Manchin, D-W.Va., that they will vote for reconciliation. If Sinema continues to keep her stance a mystery, there's a strong chance there will be no infrastructure vote Thursday or potentially even Friday."

As Grassfire has stated for months, Sen. Kyrsten Sinema (D-AZ) and Sen. Joe Manchin (D-WV) are the keys to saving the United States from becoming "America The Socialist." Their "NO!" votes can stop Joe Biden's and the radical, unhinged Left's $6-TRILLION SPENDING SCAM.

The two "moderate" Senators are holding the line -- at least for now. They're refusing to support the trillions in wish-list, progressive-pork spending their fellow Democrats want. Click here or on the banner below to urge Sinema and Manchin to stand strong. Immediately fax your personalized "Stop The Spending Scam!" message to them and all 50 GOP Senators on Capitol Hill for only $30:

It will only take one of those two Democrat Senators to derail Joe Biden's $6-TRILLION SOCIALIST SPENDING SCAM. Take immediate action to stop the radical, unhinged Left from driving America off the fiscal cliff into full-blown socialism. Click here to fax Senators now and demand they "Stop The Spending Scam!" Thanks, in advance, for making your voice heard.

P.S. If you missed this morning's SPENDING SCAM update, we included it below. Find out why the editorial board of The Wall Street Journal thinks Joe Biden's $6-trillion, socialist boondoggle deserves "to collapse from its own dead weight." Take immediate action to prevent our great nation from turning into "America The Socialist" by clicking on this link or the banner below. Rush your personalized "Stop The Spending Scam!" faxes to Senators on Capitol Hill:

Joe Biden's $6-TRILLION SOCIALIST SPENDING SCAM is worse than "America First" patriots could have imagined. Even The Wall Street Journal sees it. Their editorial board writes in today's paper: "The Democratic tax show has become a tragi-comedy of errors." They also shared this about the radical, unhinged Left's "Fly-by-Night Taxation":

There’s never been anything like this, and we’ve been around a long time. Democrats are writing tax policy for a $22 trillion economy on the fly, floating new tax increases willy-nilly, with little thought to the consequences and no time for public debate. ...

This is the rotten tax policy you get when a party is scrambling and desperate to pass legislation that is increasingly unpopular as more Americans discover what’s in it. The familiar tax increases that people understand are proving to be a hard sell. So Democrats are rummaging through the attic of bad socialist ideas to find some way to pretend they are paying for their multi-trillion-dollar spending blitz. The best result would be for the entire farce to collapse from its own dead weight.

Grassfire couldn't agree more! Even though Democrats are "trimming" the larger $6-trillion socialist spending bill, it's still a SCAM. Months ago, Grassfire predicted that the radical, unhinged Left would ask for an absurd amount of taxpayer money. Later, they'd claim to be fiscal hawks by "cutting" ridiculous tax-and-spend items, shortening timelines and other gimmicks, so they can pass a monstrous bill that will be the biggest, liberty-stealing expansion of the federal government in American history.

According to CNN, Mr. Biden is heading to Capitol Hill this morning to pressure Democrats to support and vote on his trillion-dollar, socialist boondoggle later today: "The goal in part is to convince progressives to vote for infrastructure bill." House Speaker Nancy Pelosi has been dealing with a "revolt" among far-left Representatives, who refuse to support the smaller "Phase 1" infrastructure bill ($1.2 trillion) without voting on the MUCH larger, $6-trillion SOCIALIST SPENDING SCAM at the same time.

Joe Biden leaves for Rome TODAY. He wants this SPENDING SCAM as a "feather in his cap" to wave around when meeting with Pope Francis and G-20 leaders this weekend. Then he wants to tout this legislation as a huge progressive victory a U.N. climate conference in Scotland next week.

That's why your immediate action is desperately needed today. This SPENDING SCAM will dictate who we are as a nation moving forward. Will America remain the land of life, liberty and limited government? Or will the Biden regime push the U.S. off a fiscal cliff into full-blown socialism.

Sens. Sinema and Manchin are on the tip of the spear in this battle to save America. Both Senators are still opposed to the true $6-TRILLION "price tag," which ultra-far-left Sen. Bernie Sanders (a self-proclaimed socialist) reportedly let slip in a closed-door meeting last week.

Pressure on those two Senators from their fellow Democrats is at a fever pitch this week. But they can save America from socialism! Using Grassfire's unique FaxFire system, you can encourage both Sinema and Manchin to stand strong and continue fighting to "Stop The Spending Scam!"

Click here or on the banner below and immediately fax Sen. Sinema, Sen. Manchin and ALL 50 Republican Senators for only $30. Or you can reach every U.S. Senator (100 "Stop The Spending Scam!" faxes) for just $50:

Due to a legislative tactic known as "budget reconciliation," the Biden regime's $6-TRILLION SPENDING SCAM can be passed with a simple majority vote in the Senate. All 50 Republicans in the Upper Chamber are opposed to pushing the U.S. off a fiscal cliff into full-blown socialism. If Sinema or Manchin vote "NO!" Democrats won't have the 50 votes they need to have Kamala Harris cast the tie-breaking vote. Click here to fax Senators on Capitol Hill now.

Again, Grassfire representatives will soon deliver thousands of "Stop The Spending Scam!" petitions to Sinema, Manchin and GOP leadership on Capitol Hill. Let Senators know where you stand. Click here to fax them now. To send your own "Stop The Spending Scam!" faxes, click here for a list of targets and contact information. Thanks, in advance, for making your voice heard.

P.S. Time is running out to "Stop The Spending Scam!" Because Democrats are using "budget reconciliation," Biden's SOCIALIST SPENDING SCAM needs only a simple-majority vote to become law. The radical, unhinged Left could turn our great nation into "The Socialist States of America" with ZERO REPUBLICAN SUPPORT! That's what makes Sinema's and Manchin's votes the key to stopping it! Don't let America get pushed off a fiscal cliff into full-blown socialism. Go here to fax Senators and demand they "Stop The Spending Scam!" now: