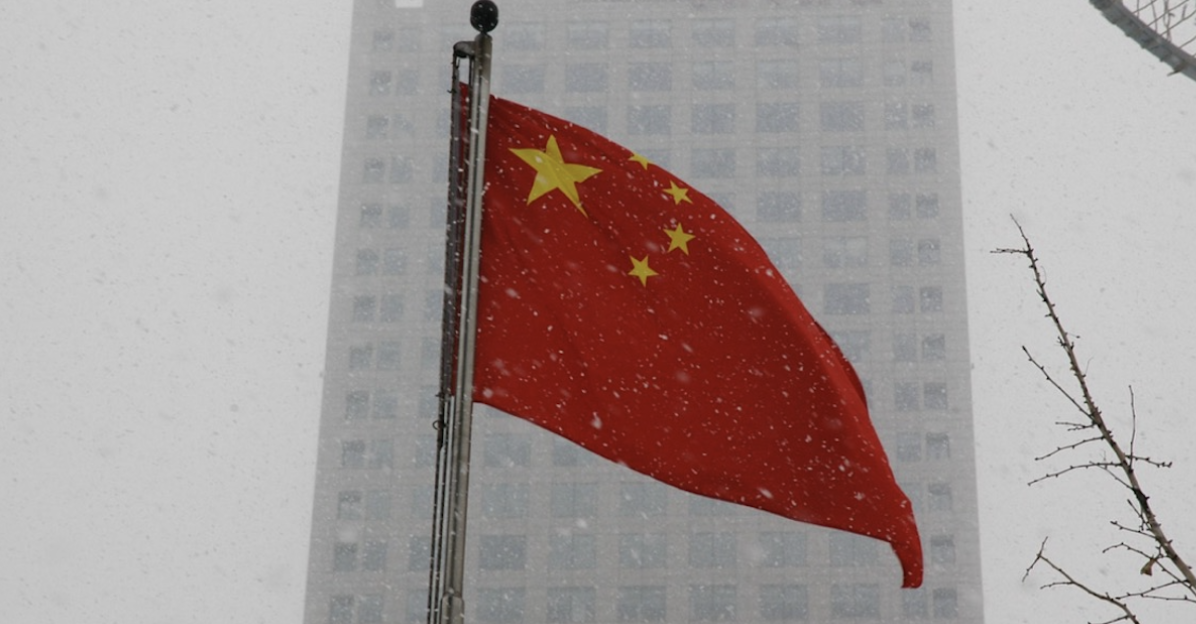 A vote on the radical Democrats' new tax-and-spend scheme is IMMINENT in the House of Representatives. Last night, we told you how Republican reps dubbed H.R. 4521 the "America Concedes to China Act" and The Wall Street Journal calls it the "Be More Like China Act." See our previous update below for more information.

In an email to Grassfire yesterday, House Minority Whip Steve Scalise (R-LA) criticized the "America COMPETES Act of 2022" as "a back-door Build Back Better bill." Also, GOP leadership issued a laundry list of problems with the 2,912-page, $324-billion H.R.4521, including:

Speaker Pelosi's legislation will cripple America's competitive advantage worldwide and bolster the CCP's intellectual theft and influence campaigns within our universities. ... The America Concedes to China Act is carelessly written – it is full of errors and provisions calling for things that are significantly outdated. ... Through their words and their actions, Democrats are putting China first and America last.

A final vote on passing H.R.4521 is scheduled for 10:30 a.m. TODAY in the House. That, literally, gives "America First" patriots just minutes to make their voices heard! Fax your personalized "DON'T BUILD BACK CHINA!" faxes to GOP House leaders and dozens of other Republican Representatives by clicking here or on the banner below now:

House Republicans insist the bill "does little to address the growing threat from the Chinese Communist Party" and would provide $8 billion in taxpayer-funded "slush funds" to China. If you don't want radical Democrats to concede America to the CCP, utilize our unique FaxFire system to make your voice heard now!

Click here to rush your personalized "Don't Build Back China!" faxes to GOP Representatives on Capitol Hill. Again, the House is scheduled to vote on H.R.4521 at 10:30 a.m. ET today (Friday). That means time is running out! Thank you, in advance, for taking action this morning.

P.S. In case you missed it, we included our previous "Don't Build Back China!" update below. If you did see last night's article, please consider sharing it with your family members and friends. Urge them to click here to make their voices heard by faxing GOP Reps now:

Out of the smoldering ashes of Joe Biden's failed "Build Back Better" boondoggle comes another tax-and-spend scheme from radical Democrats on Capitol Hill. The "America Creating Opportunities for Manufacturing, Pre-Eminence in Technology, and Economic Strength Act of 2022" (aka, the "America COMPETES Act of 2022") has been widely dismissed by Republicans, who have dubbed it the "America Concedes to China Act."

GOP leaders in the House call the 2,912-page, $324-billion bill "a liberal wishlist filled with reckless spending." This sounds just like "Build Back Better," but it's worse. Why? Because it "Builds Back China" by giving the communist nation a competitive advantage over the United States. Here's more from House Republican leadership:

Over the last two years, China has caused global destruction by concealing the truth about its initial COVID outbreak. The Chinese Communist Party (CCP) has also committed horrible human rights abuses against the Uyghurs, and, disturbingly, they have become more aggressive towards Hong Kong and Taiwan. What is Speaker Pelosi's response? To introduce a package of progressive priorities that gives China an economic and diplomatic upper hand over the United States. There is no reason for any Member of Congress to vote for Democrats' soft-on-China legislation.

Grassfire received an urgent email this morning from the office of House Minority Whip Steve Scalise (R-LA) with the latest on radical Democrats' efforts to pass H.R.4521 by TOMORROW MORNING! Votes on amendments to the "America Concedes to China Act" were scheduled to begin at 4:30 p.m. TODAY and continue until 10:30 p.m. ET tonight. A final vote is expected 12 hours later at 10:30 a.m. ET tomorrow (Friday).

We're empowering you to fight back against the "America Concedes To China Act" with our unique FaxFire System. If you're outraged by the radical Democrats' plan to bolster communism at the expense of the American economy and its people, take immediate action to make your voice heard!

Click here or on the banner below now to send your personalized "DON'T BUILD BACK CHINA!" faxes to GOP House leaders and dozens of other Republican Representatives in the "Lower Chamber" now:

👉 ATTENTION GRASSFIRE VIPS: Go here to send your "DON'T BUILD BACK CHINA!" faxes for 80% off! Not a VIP? Go here to send faxes at an 80% discount. (Trouble accessing your benefits? Go here.)

The Wall Street Journal calls H.R.4521 the "Be More Like China Act" because, they say: "The House competition bill is industrial policy mixed with welfare" and "leaves no liberal special interest behind." The newspaper's editorial board also writes:

House votes on the horribly misnamed "America COMPETES Act of 2022" are happening TODAY and TOMORROW. That's why Grassfire is empowering our team members to fight back now! If you oppose the radical Democrats' "Build Back China" plan, click here to fax House Republicans on Capitol Hill now.

"America First" patriots MUST stay engaged in the FIGHT to protect the U.S. economy from the harmful policies of Democrats and the Biden regime. Tell Republican Representatives to vote "NO!" on the "America Concedes to China Act." Take immediate action by clicking here to instantly send your "DON'T BUILD BACK CHINA!" faxes now. Thanks, in advance, for taking a stand today.

P.S. Again, House Minority Whip Steve Scalise's office says a series of votes on amendments to the "America Concedes to China Act" will begin this afternoon and continue into this evening. A final vote on H.R.4521 is expected tomorrow morning. So time is short to make your voice heard! Click here or on the banner below to fax GOP Representatives now: