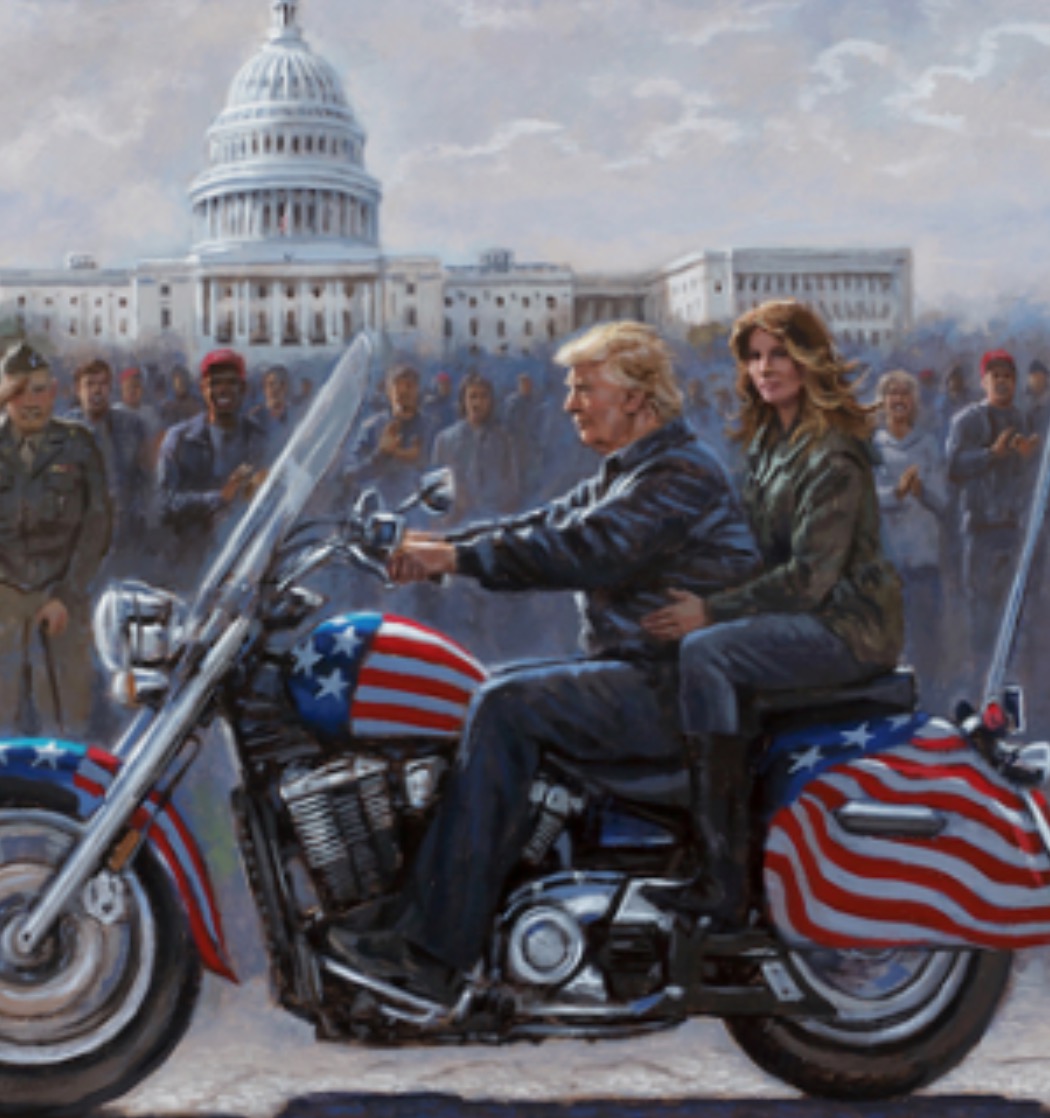 This is UNPRECEDENTED. Trump clearly won major concessions and agreements that the President says Americans have been trying to get from Mexico "for 20 years." Of course, as expected, the liberal media is refusing to give Trump any credit! They are saying Trump's timeline is wrong and that the tariffs didn't gain any real concessions.

The President launched a Twitter counterinsurgency today to expose the media's lies:

"When will the Failing New York Times admit that their front page story on the the new Mexico deal at the Border is a FRAUD and nothing more than a badly reported “hit job” on me, something that has been going on since the first day I announced for the presidency! Sick Journalism."

+ + This President Just Rides On!

Once again, we are seeing classic Donald Trump. He calls 'em as he sees 'em. No holds barred. We don't think any other president would dare to directly confront the immigration issue by threatening tariffs and then winning concessions in a matter of days.

That's what makes this latest McNaughton print so timely and accurate.

Jon McNaughton's latest painting, "MAGA Ride," depicts President Trump and First Lady Melania on board a very American motorcycle boldly riding in front of the Capitol building with Americans from all walks of life cheering them on!

The way McNaughton captures President Trump's determined gaze speaks volumes. No matter the opposition, this President has his eyes fixed on the goal of restoring our nation's greatness.

+ + Act now if you want one of these iconic prints. Limited quantities are available!

We have just a very small quantity of these prints available at this special price with free and immediate shipping after they arrive. That's why we need to hear from you ASAP so we can get these powerful paintings shipped out.

Help Grassfire with a contribution of $35 or more and we'll send you a beautiful 10x15 lithograph that is ready for framing. Go here now to help Grassfire and request your copy of McNaughton's newest painting, "MAGA Ride":

The President once again took action that no other recent president would even consider. He did more THIS WEEK to stop illegal immigration than his four precedessors did in their entire terms. And his "reward" is to get attacked once again by the media. Yet TRUMP RIDES ON!

But this is what President Trump does. Again, we believe this is one of McNaughton's most powerful depictions of our President's boldness in the face of the unprecedented opposition he is facing. Please let me know immediately if you would like to reserve a copy of "MAGA Ride."

Thanks in advance, and we know you will enjoy this new painting!

P.S. This new McNaughton painting is a powerful depiction of our president's stand against powerful and oppressive political adversaries! Quantities at this special price with free shipping are very limited! We need to hear from you ASAP.  Go here to help Grassfire and request your "MAGA Ride" lithograph print suitable for framing: