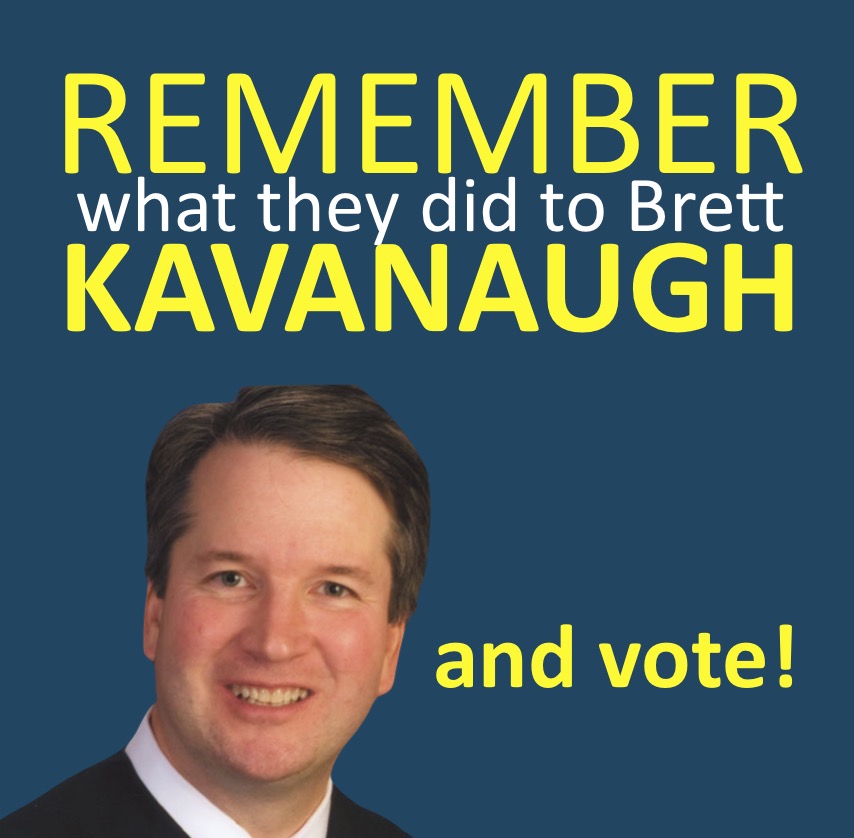 It's Election Day in America. Forces that support and oppose President Donald Trump and his "Make America Great Again" agenda are calling this midterm vote "the most important in our nation's history."

But at Grassfire, all we have to say today is: "Remember Kavanaugh!" As you head to the polls, we're asking you not to forget how the "Unhinged Left" attempted to destroy a loving husband, dedicated father, highly respected judge and now (thankfully) Supreme Court justice.

The FOX News website published a scathing article this morning calling on American voters to remember the character assassination of Brett Kavanaugh perpetrated by Democrats at the highest levels of government. It read, in part:

Before you fill in a bubble on your ballot — remember the liberal machine's heavily orchestrated campaign to destroy an honorable man by any means necessary.

Remember Senate Minority Leader Chuck Schumer's, D-N.Y., words, "I will oppose him with everything I've got." The Democrats made good on Schumer's pledge and they almost succeeded in destroying him — almost.

Remember that Sen. Diane Feinstein, D-Calif., received a letter outlining sexual assault allegations by Dr. Christine Blasey Ford in July, and didn't bother to share this information until right before the Senate Judiciary Committee was to vote on Kavanaugh's nomination in September...

Remember when you go to the polls Tuesday that in the wake of Kavanaugh's confirmation vote, Ariel Dumas, writer for "The Late Show with Stephen Colbert" [on CBS] tweeted, "Whatever happens, I'm just glad we ruined Brett Kavanaugh's life."

She gave us a very telling page out of the liberal playbook. If they couldn't defeat Kavanaugh with everything they've got, then they'd at least celebrate destroying his life. This perverse way of thinking is nothing short of pure evil.

This past weekend, the Senate Judiciary Committee released a report that cleared Justice Kavanaugh of multiple sexual-misconduct allegations. And more news surfaced in recent days revealing that at least one of his accusers admitted lying about being sexually assaulted by him. Why did she fabricate her rape story? Because she reportedly "was angry" about Kavanaugh's nomination.

So again, today's battle cry is "Remember Kavanaugh!" This short-and-sweet pushback to the "Unhinged Left" is the perfect message for Grassfire team members on this pivotal Election Day.

And finally, please make sure you vote!

P.S. Please share this blog post with your friends and family members. Use every social-media tool available and encourage them to "Remember Kavanaugh!" when they head to the polls today in this highly consequential midterm election. Thanks in advance.