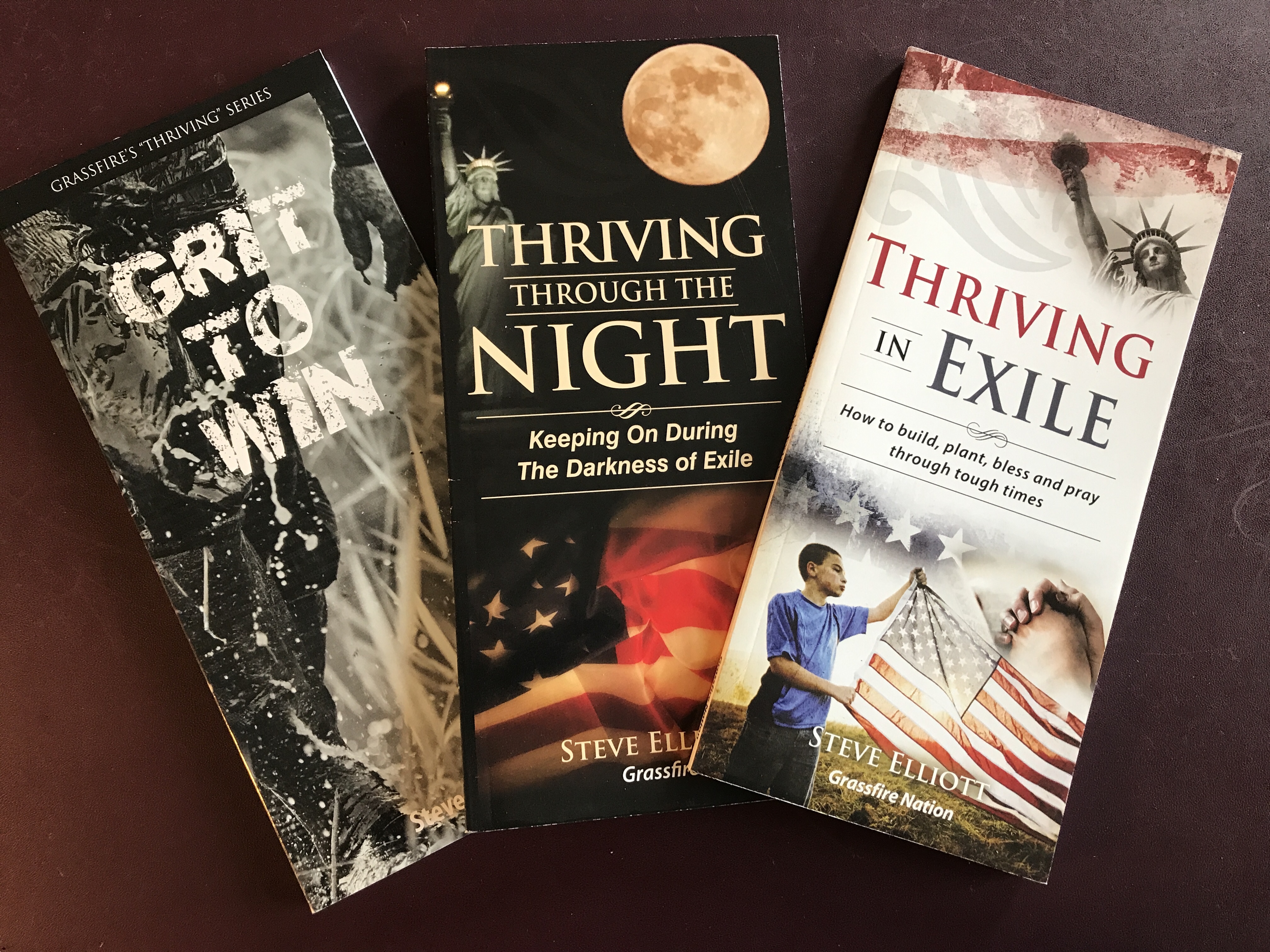 What started from an email I wrote the morning after President Obama's re-election has developed into a way of thinking that found expression in series of Grassfire books and a framework for the future.

Thriving In Exile was the first book published in 2012. By the next year, things looked even more bleak, so I wrote Thriving Through The Night. Then in 2015, we published Grit To Win, which explains how a lifestyle of thriving leads to resiliency which leads to success.

Grassfire's forward-looking vision now very much centers on this idea of thriving. We're making it our goal to provide resources that "help America thrive." In 2018, I developed a short video e-course called "Thriving 101" to guide our team through the basics of this concept.

One of my favorite "thriving" stories involves Ronald Reagan. With the help of our media producer Norvell Rose, we developed what a fitting tribute to the principles of grit and determination demonstrated in his life.