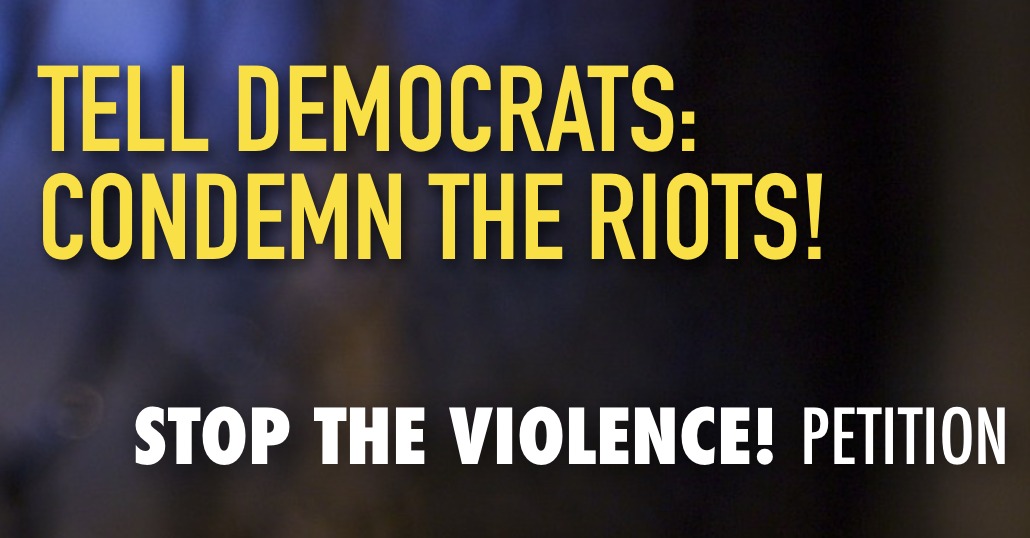 Tweet
I just signed the national "Stop The Violence!" Petition. Go here to join me in calling on key lawmakers (governors, representatives and senators) to condemn the rioting, looting and destruction in Democrat-run cities:
Read the blog at Grassfire