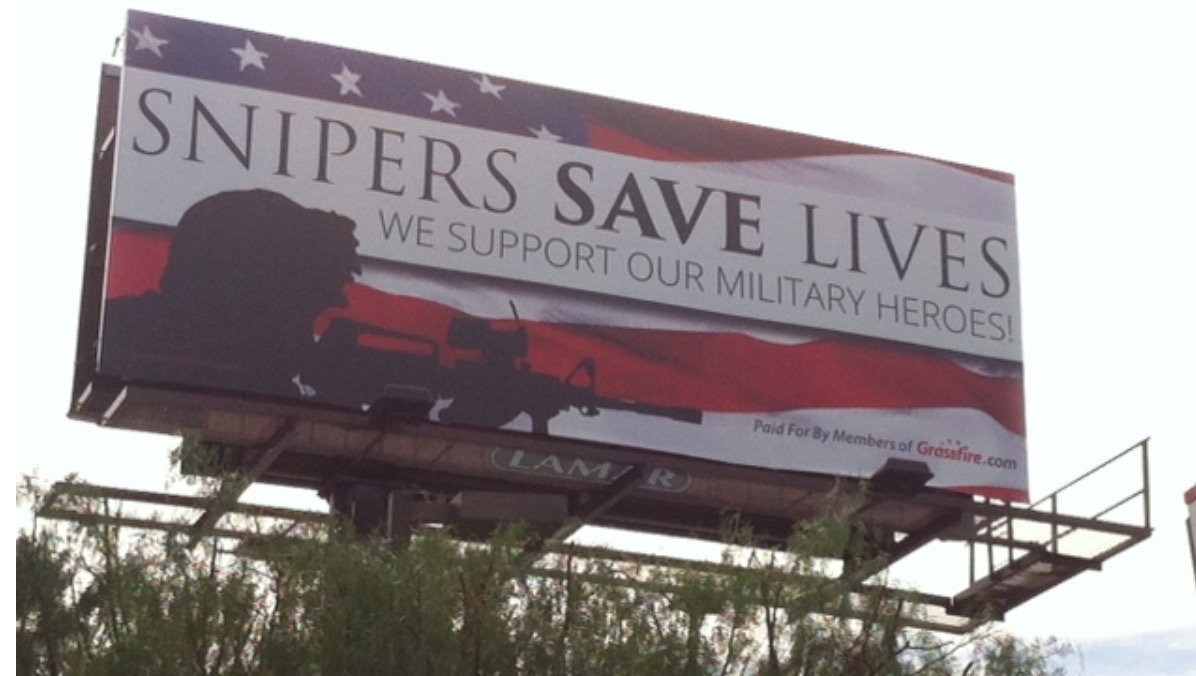 When the movie "American Sniper" came under attack from Hollywood elites, we decided to take action and send a message directly to the epicenter of the entertainment industry.

So we designed a "Snipers Save Lives" billboard and placed it just a stone's throw from where the Academy Awards were being held that year. We asked team members to help and the billboard was successfully raised and on display when the Hollywood elites were walking the red carpet. Message sent. 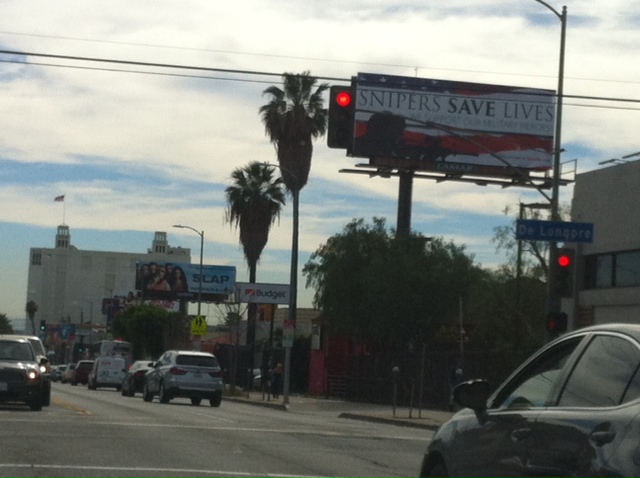