GRASSFIRE — The Associated Press is reporting that the Trump administration has shifted tactics. AP says the President is trying to bypass House Speaker Nancy Pelosi (D-CA) to negotiate with other Democrats directly to fund a border wall and end the government shutdown:

The White House invited rank-and-file lawmakers to lunch with Trump at the White House as part of a strategy to build support from centrist Democrats and newly elected freshmen, including those from areas where the president is popular with voters.

But not a single House Democrat showed up yesterday! How is the President supposed to negotiate if no one on the Left is willing to talk with him? AP also reports:

Trump urged his supporters to call the offices of Democratic lawmakers to press them to support the wall to reopen the government.

If you want Congress to fund a border wall between the U.S. and Mexico, President Trump has an assignment for you. He's calling on Americans who don't support illegal immigration to "Tell Nancy and Chuck... Only a wall will work." Early Tuesday morning, the President warned of another "migrant caravan" forming in Central America, tweeting: 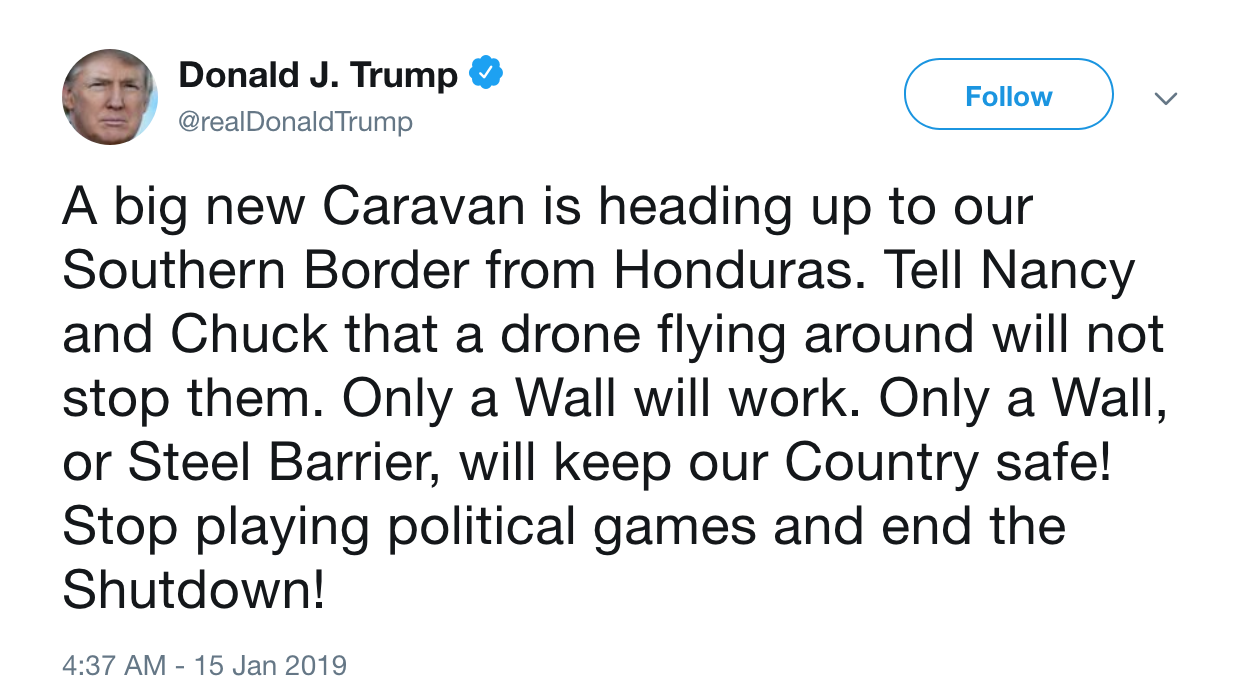 A big new Caravan is heading up to our Southern Border from Honduras. Tell Nancy and Chuck that a drone flying around will not stop them. Only a Wall will work. Only a Wall, or Steel Barrier, will keep our Country safe! Stop playing political games and end the Shutdown!

Grassfire is making it easy for you to follow the Commander-in-Chief's lead. We have two ways you can take IMMEDIATE action. First, you can call the D.C. offices of House Speaker Nancy Pelosi (D-CA) and Senate Minority Leader Chuck Schumer (D-NY) to demand they fund the wall and re-open the full government. Here are their numbers:

Or you can instantly send them -- and up to 60 other lawmakers -- a personalized message calling for increased border security and an end to the shutdown. Using Grassfire's unique FaxFire system, our team members can make their voices heard on Capitol Hill in just seconds.

If you want Pelosi and Schumer to provide the $5 billion President Trump is demanding to fund the wall, take action now! Fax your two Senators, your Representative and dozens of House and Senate leaders with only a few clicks of your mouse. Go here to send your "Fund The Wall" faxes now:

The United States can't afford to adopt an "open-borders" policy, which many Leftists like "Nancy and Chuck" want in hopes of adding millions more Democrat voters. The flood of illegal immigrants who instantly receive amnesty or a fast-track to citizenship would likely need taxpayer-funded assistance to survive. The cost of programs like food stamps, health care and public education would skyrocket to unsustainable levels. 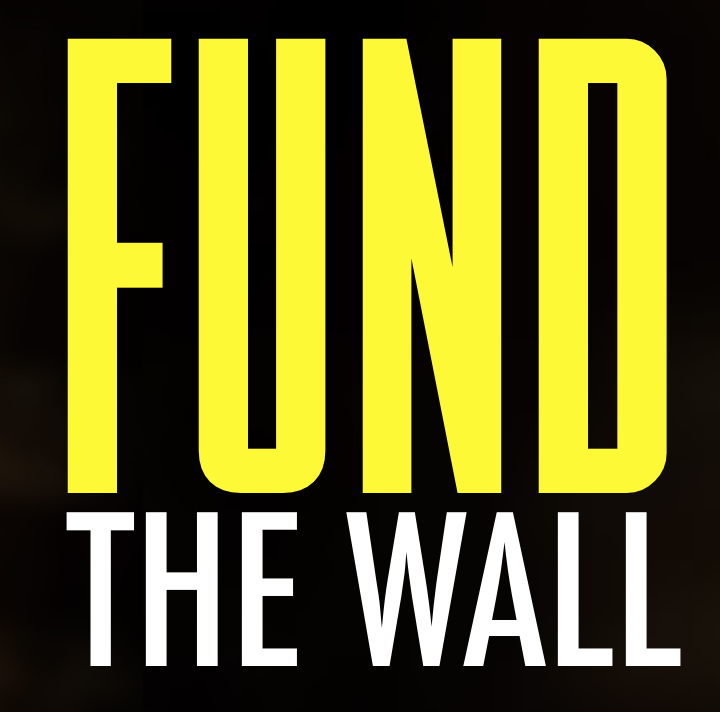 "We the People" CAN do something to push back against Democrat attempts to fundamentally transform America. Patriots across the U.S. need to make their voices heard and tell Congress to protect our borders and stop the invasion. As a Grassfire team member, you can demand lawmakers "Fund The Wall" by sending your personalized message instantly to House and Senate offices on Capitol Hill. Go here to fax now.

Finally, as your online, grassroots-activism services provider, Grassfire is honored to give you a voice regarding this important, national-security issue. D.C. lawmakers MUST take immediate action to stop this ongoing threat to our nation's safety and sovereignty. To send your own faxes, click here for a list of targets and their contact information. Or go here to use our unique FaxFire delivery system.