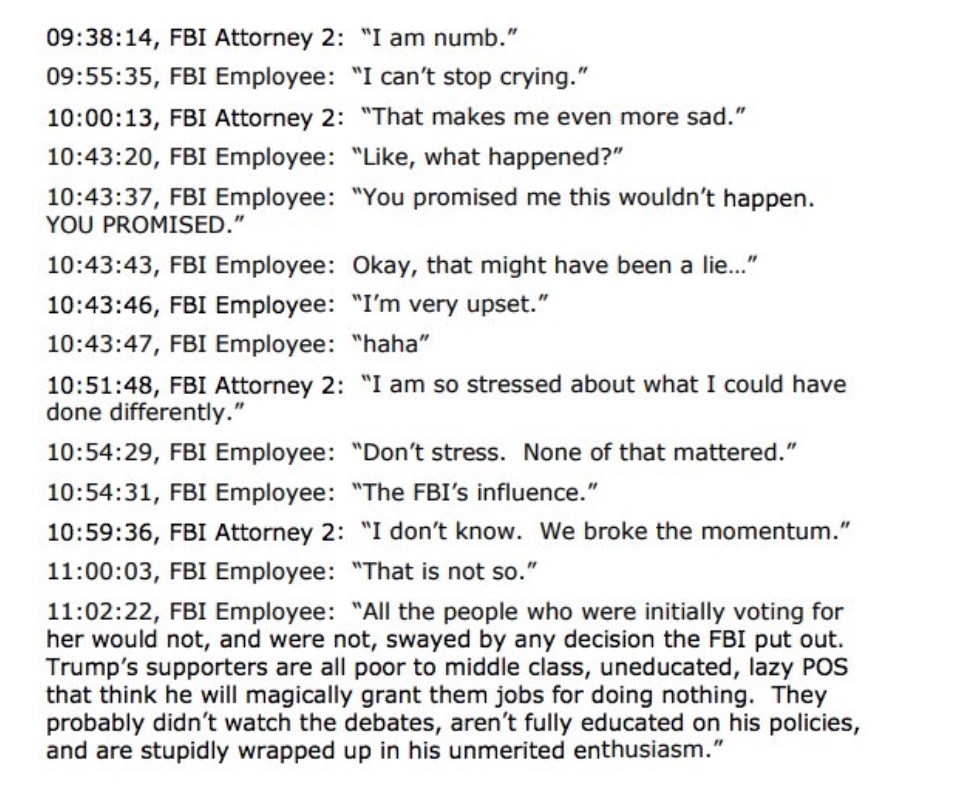 More evidence, from the OIG report, of open bias against then-candidate Trump in the FBI...

Here's a shocking text series from the day after the 2016 election in which FBI agents say they are "numb" and "upset."

Most damning of all is what they called the Trump supporters...

"Trump supporters are all poor to middle class, uneducated, lazy POS that think he will magically grant them jobs for doing nothing. They probably didn't watch the debates, aren't fully educated on his policies, and are stupidly wrapped up in his unmerited enthusiasm."

The long-awaited FBI Office of the Inspector General (OIG) report has found that former director James Comey was "insubordinate" in his work while the FBI demonstrated "hostility" toward the Trump campaign. The report also revealed that senior FBI officials showed a “willingness to take official action” to block the Trump candidacy for President.

There must be real accountability. Congress must demand a full criminal investigation into the actions of James Comey and other FBI officials who ran cover for Hillary Clinton while working openly to undermine President Trump. Go here to sign!