Fax Republicans AND Democrats! Demand They Reprimand The Senate Minority Leader For Threatening Justices AND Urge Him To Resign Immediately! 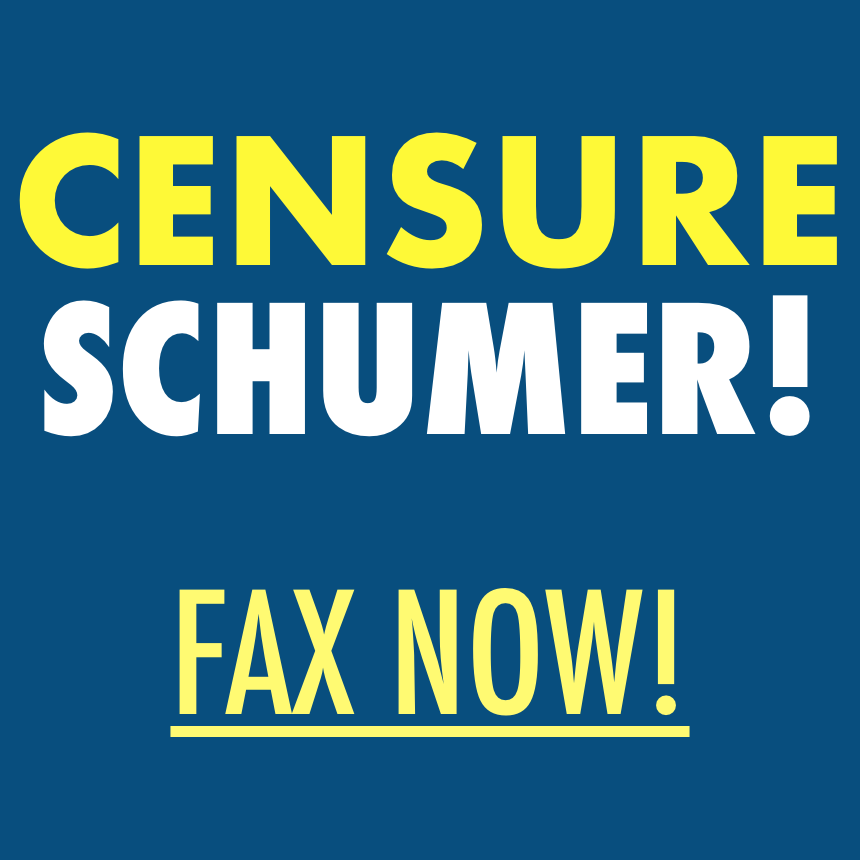 Sen. Chuck Schumer (D-NY) MUST be censured by his fellow Senators for his reprehensible comments, threatening Supreme Court Justices Neil Gorsuch and Brett Kavanaugh. The Senate Minority Leader's hateful rhetoric at a rally of abortion supporters has NO place in a civil society. It especially should not be spoken on the very steps of the institution that protects the rights of EVERY AMERICAN.

A lawmaker, Republican or Democrat, deserves to be censured and forced to resign for telling two sitting justices that they will "pay the price" and "won't know what hit" them for their legal decisions regarding abortion or any other case. American patriots must NOT stay silent and let so-called "leaders" like Sen. Schumer go unpunished for these kinds of verbal attacks against America's judicial branch.

As an immediate pushback to Schumer's ugly rant, Grassfire is empowering our team members to fax personalized messages directly to congressional offices on Capitol Hill. With just a few clicks, you can demand the Minority Leader's colleagues officially reprimand him for his dangerous threats, while also urging him to resign from office.

Grassfire's "Censure Schumer!" FaxFire targets your state's congressional delegation, as well as key House and Senate leaders, who need to hear from you TODAY. Utilize "Tier 2" and "Tier 3" of this FaxFire to also reach every GOP Senator or the entire United States Senate! Take a stand and schedule your personalized "Censure Schumer!" faxes NOW for immediate delivery to our nation's capital. (To see a complete list of FaxFire targets and their contact information, click here.)