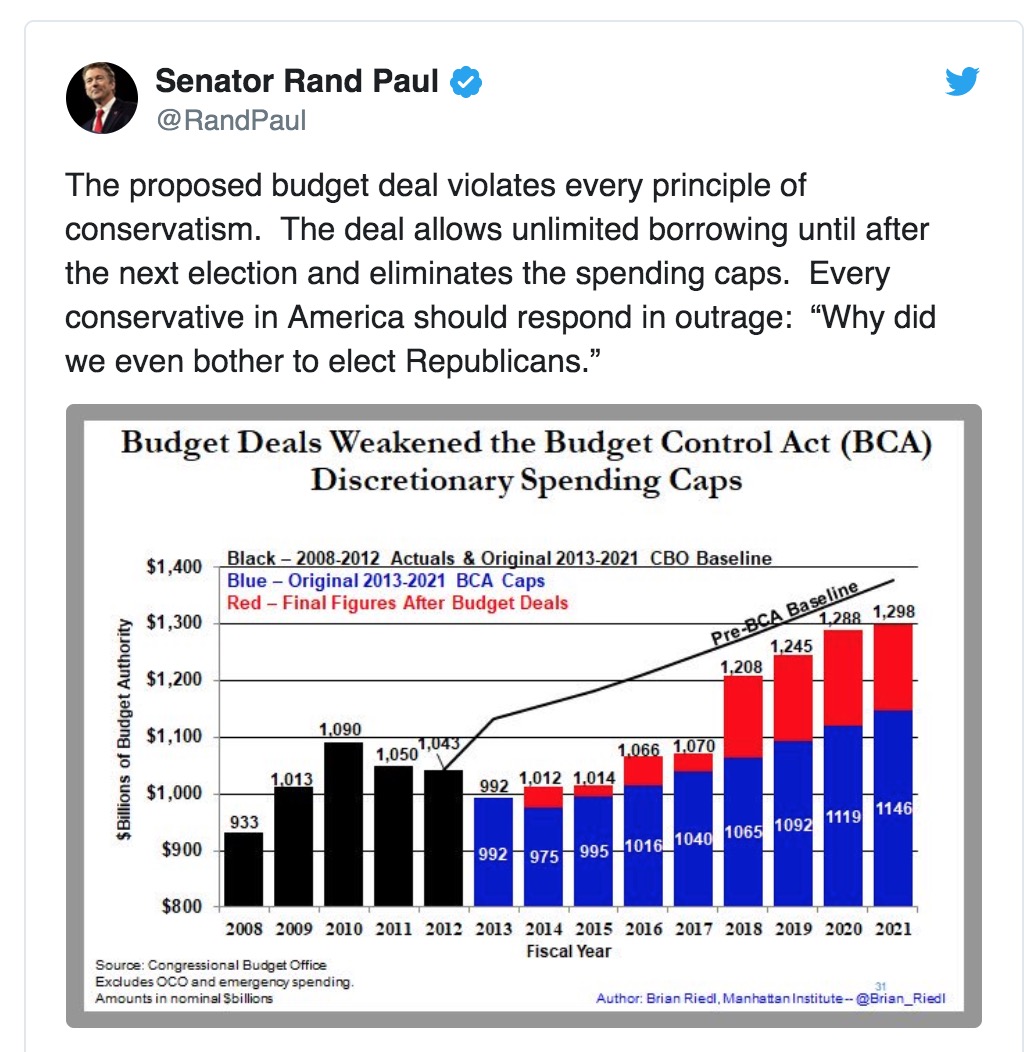 It is possible that this is the worst spending/budget deal in American history. It makes no attempt at fiscal responsibility, and as Sen. Paul notes, it allows UNLIMITED BORROWING until after the election!

Grassfire is encouraging our team members to utilize our FaxFire system to let their voices be heard. If possible, please choose LEVEL TWO and reach all Senate Republicans with your message. Go here to schedule your faxes:

Thanks, and see below for more details.