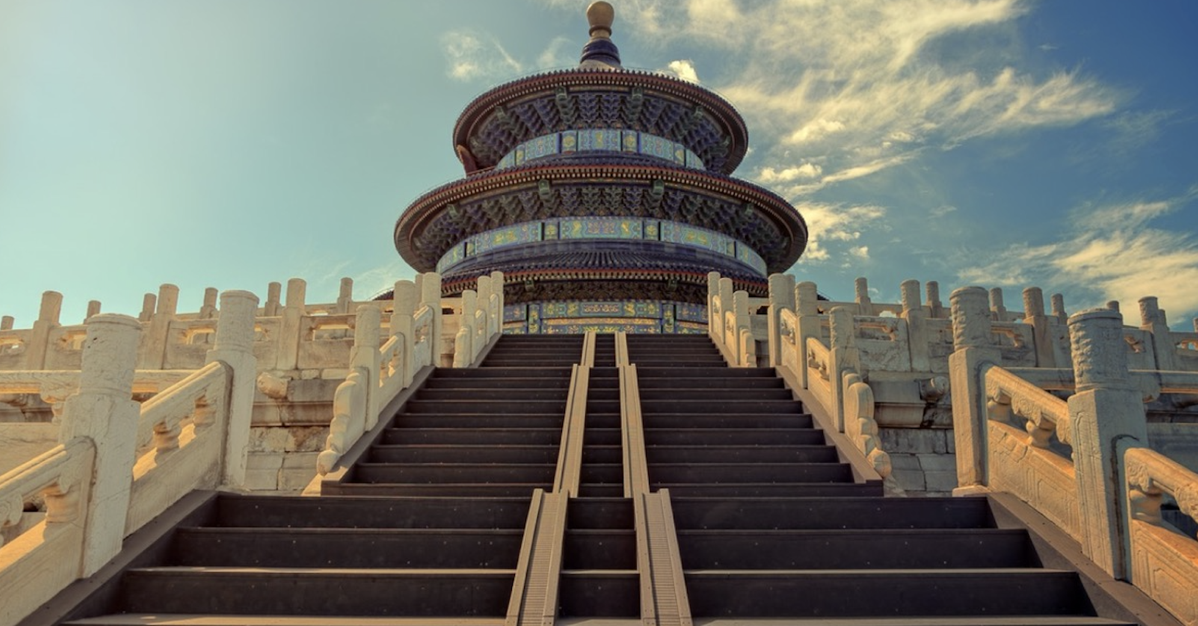 The Democrats' grossly misnamed "America COMPETES Act of 2022"* has risen out of the smoldering ashes of Joe Biden's failed "Build Back Better" boondoggle. This latest multi-billion-dollar, tax-and-spend scheme from the radical, unhinged Left was widely dismissed by Republicans in the "Lower Chamber," who dubbed it the "America Concedes to China Act."

Despite The Wall Street Journal labeling the bill the "Be More Like China Act," House Speaker Nancy Pelosi (D-CA) garnered the support of all but one Democrat to pass H.R.4521 by a vote of 222-210. (GOP turncoat Rep. Adam Kinzinger of Illinois was the lone Republican to support it.)

The newspaper's editorial board wrote last week that the "competition bill is industrial policy mixed with welfare" and "leaves no liberal special interest behind." House GOP leadership called the 2,912-page, $324-billion bill "a liberal wishlist filled with reckless spending."

But after, Friday's vote the Biden regime's new SPENDING SCAM has moved to the "Upper Chamber," where it received a bitter welcome from Senate Minority Leader Mitch McConnell. On the Senate floor yesterday, the Kentucky Republican blasted the bill and Democrats who support it:

"America's national security and economic competition with the CCP is a defining challenge for our country. And not just us, but for all our friends and partners around the world. ...

"A few days ago ... House Democrats slapped together a partisan bill stuffed with poison pills and the kinds of things they tried to put in their reckless taxing-and-spending spree that failed at the end of last year. ...

"It pours billions into the U.N. Green Climate Fund, so the U.S. can borrow money from China to give it to an international body, which can then give it to China."

H.R.4521 sounds a lot like "Build Back Better," but it's worse. Why? Because it "Builds Back China" by giving the communist nation a competitive advantage over the United States. House Republican leadership insists the bill is "a package of progressive priorities that gives China an economic and diplomatic upper hand over the United States. There is no reason for any Member of Congress to vote for Democrats' soft-on-China legislation."

Grassfire wants to empower you and our other team members to fight back against the "America Concedes To China Act" in the Senate. If you're outraged by the radical Democrats' plan to bolster communism at the expense of the American economy and its people, take immediate action to make your voice heard!

Click here or on the banner below now to sign the "DON'T BUILD BACK CHINA!" national petition:

Senate votes on the horribly misnamed "America COMPETES Act of 2022" are pending. That's why Grassfire is empowering our team members to fight back now! If you oppose the radical Democrats' "Be More Like China" plan, click here to sign the "Don't Build Back China!" national petition with just a few clicks.

When Grassfire reaches 20,000 signatures, we'll deliver your petition to Republican leaders in Washington, D.C. You can demand GOP Senators take action to stop the Biden regime from passing the "America Concedes To China Act"!

"America First" patriots MUST stay engaged in the FIGHT to protect the U.S. economy from the harmful policies of Democrats and the Biden regime. Tell Senate Republicans and moderate Democrats to vote "NO!" on the "America Concedes to China Act." Take immediate action by clicking here to sign the "DON'T BUILD BACK CHINA!" national petition now. Thanks, in advance, for taking a stand today.

P.S. Again, the "America Concedes to China Act" is now before the United States Senate. With the Biden regime's far-left, socialist "Build Back Better" boondoggle having gone down in flames, Grassfire expects Senate Majority Leader Chuck Schumer (D-NY) to push for a face-saving vote soon on this new, multi-billion-dollar SPENDING SCAM. Take action now to make your voice heard! Click here or on the banner below to sign the "DON'T BUILD BACK CHINA!" national petition:

*The "America Creating Opportunities for Manufacturing, Pre-Eminence in Technology, and Economic Strength Act of 2022"