Nominee can't define "woman." But a pedophile? No problem. 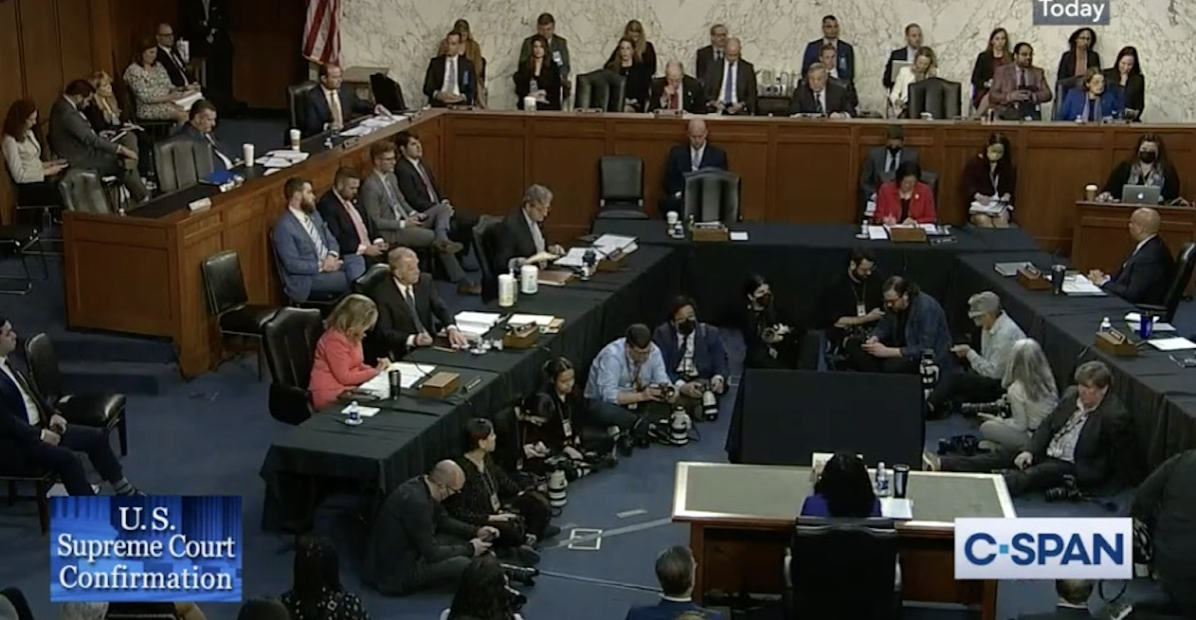 Joe Biden's pick for the Supreme Court of the United States (SCOTUS) can't or won't define what a woman is. Yet, Judge Ketanji Brown Jackson apparently had no problem "re-defining" what a pedophile is while serving as Vice-Chair of the U.S. Sentencing Commission. According to a disturbing report from Breitbart News this week:

Jackson then went on to talk about how she "mistakingly assumed that child pornography offenders are pedophiles."

"So I'm trying to understand this category of non-pedophiles who obtain child pornography. And are those the people who you are saying are the nonsexually motivated offenders?" Jackson asked.

Dr. Abel told Jackson, "I think you ought to keep your previous definition, quite frankly."

Judge Ketanji Brown Jackson is Mr. Biden's nominee to replace retiring Justice Stephen Breyer on America's High Court. But she has been criticized by Republicans for her controversial and weak sentencing of child predators, for her perceived "judicial activism" and for her rulings overturned by higher courts.

Yesterday, we told you how former House Speaker Newt Gingrich (R-GA) said Jackson "should be disqualified" from consideration for saying she can't define what a "woman" is. He added that somebody who refuses to do that is "so radical that they clearly are not part of any reasonable 'mainstream.'"

The Senate Judiciary Committee has scheduled a vote for Monday, April 4 on advancing Jackson's nomination to the floor of the Upper Chamber. Minority Leader Mitch McConnell (R-KY) has already said he'll vote AGAINST her confirmation to America's High Court. If you want other GOP Senators to join him, you can take action now.

Click here or on the banner below to demand Republican Senators NOT support the current Supreme Court nominee -- both in committee AND on the Senate floor. Rush your "Vote No On Biden's SCOTUS Pick!" faxes to Capitol Hill now:

With a crucial vote pending on Monday, "America First" patriots have just a few days left to make their voices heard. Grassfire is mobilizing a petition delivery to McConnell and the Senate Judiciary Committee's ranking member, Sen. Chuck Grassley (R-IA), BEFORE that critical vote. As a signer of the "Vote No On Biden's SCOTUS Pick!" national petition, you can fax Senators now and increase the impact of that pending delivery. Click here to fax now.

Most Democrats are willing to overlook her controversial court rulings, criminal sentencing and apparent support for Critical Race Theory by voting in favor of her lifetime appointment to the Supreme Court. But what about Republicans?

You can demand the rest of the GOP join Gingrich and McConnell to oppose Mr. Biden's SCOTUS pick. Republican Senators must stand strong and stay united if they want to stop Judge Jackson's confirmation. We're closing the "Vote No On Biden's SCOTUS Pick!" national petition TODAY (Thursday, March 31), so we can deliver YOUR signature BEFORE the Senate Judiciary Committee vote. Click here to fax Senators now. Thanks, in advance, for taking action today.