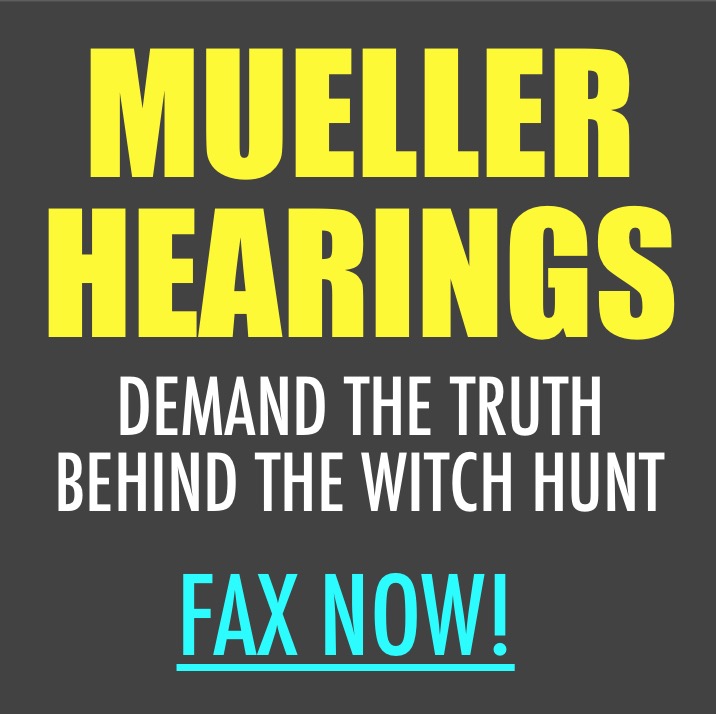 Thank you for taking a stand on this critical issue! Democrats are calling Robert Mueller before both the House Judiciary and Intelligence committees to allegedly expose more dirt against President Trump. But in doing so, they are opening the door for REAL QUESTIONS regarding the truth nature of the Witch Hunt against the President. With the Mueller Report concluding that there was NO COLLUSION, it's time for real answers on the genesis of this witch hunt, including the role played by the Obama Administration, the Obama FBI, the Clinton Campaign, James Comey and others.

Grassfire's "Mueller Hearings FaxFire reaches YOUR Senators and Representative along with the GOP members of the House Judiciary and Intelligence committees. Expand your impact and reach all members of these committees by choosing "Level Three."

If you want the GOP members of these committees to ask the real questions and demand the truth behind the witch hunt, send faxes now. (See fax targets here.)

Sign in with or
Don't have an account? Click here to create one.
Please check your e-mail for a link to activate your account.
No recent activity
Mueller hearings: Demand the truth behind the witch hunt
Mueller Hearings Critical Action...
Read the blog at Grassfire