Yaaaaawn. Same ol' Mitch McConnell. Just a different day and a different issue. He continues to be the "Judy" puppet to the Democrats' "Punch." 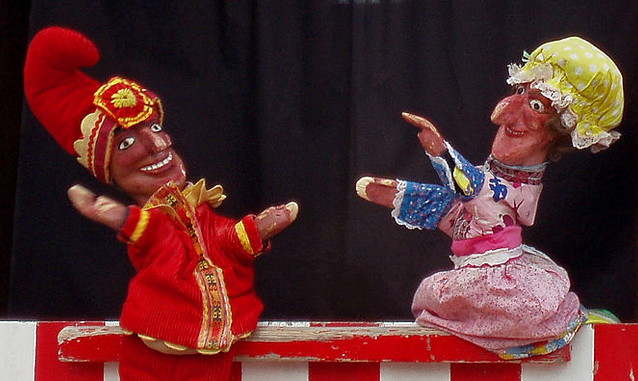 After threatening JUST THREE DAYS AGO to force Senate Democrats to "handle the debt limit alone," McConnell again put his feckless "leadership" on full display. He offered the "tax-and-spend party" a way out of the political mess THEY created and could have prevented, since they control the House, Senate and Oval Office.

"We have reached agreement to extend the debt ceiling through early December, and it's our hope that we can get this done as soon as today."

Because Schumer and his fellow Democrats have refused to use "budget reconciliation" to allow the federal government to continue borrowing money, he'll still need 60 votes for the measure to pass the Senate. If 41 of the 50 Republican Senators stand strong and stay united today, the Democrats and RINOs will lose.

Take immediate action to demand EVERY Senate Republican vote AGAINST raising America's debt limit TODAY. For just $30, call on all 50 GOP Senators, plus moderate Democrats Sen. Kyrsten Sinema (AZ) and Sen. Joe Manchin (WV), to say "NO!" to the radical Left's tax-and-spend policies. Click here or on the banner below now to reach all 100 members of the U.S. Senate for only $60:

Grassfire is waiting to hear from the office of the Senate Republican "Leader" about when a vote is likely to take place. But according to CNN: "Schumer took steps Thursday to set up a procedural vote on the short-term debt ceiling increase deal in case any senators decide to slow walk the process." That means a vote could happen soon.

So, click here or on the banner below to fax Senators now. Or see our previous update below to read more about McConnell's latest tough talk and weak result. Thanks, in advance, for taking action. 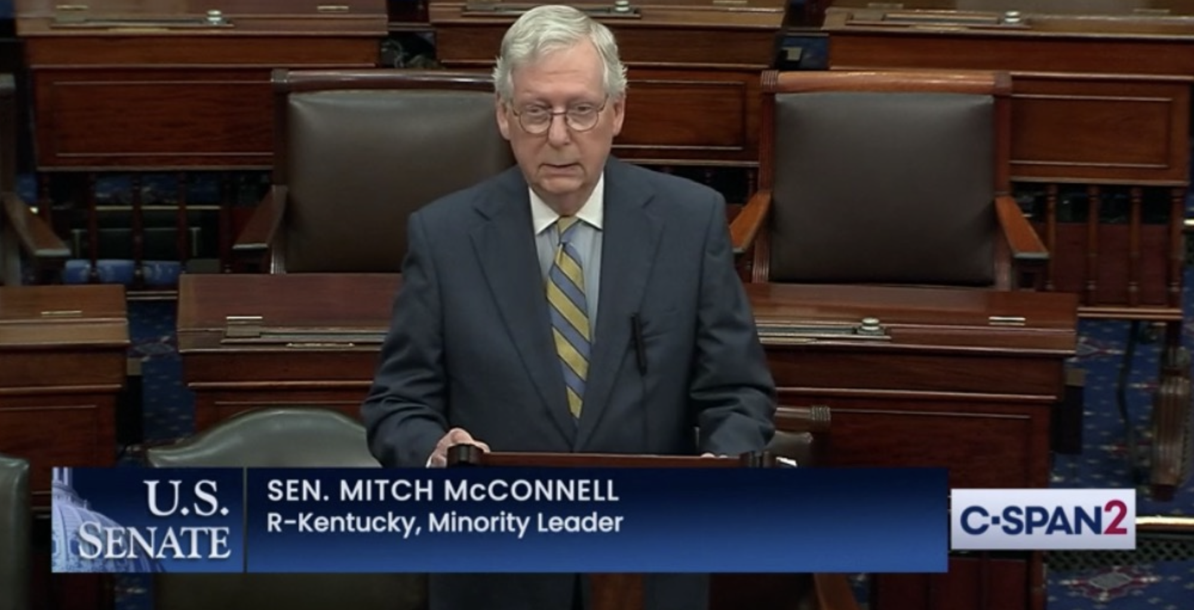 "Republicans remain the only party with a plan to prevent default. We have already made it clear we would assist in expediting the 304 reconciliation process for stand-alone debt limit legislation. To protect the American people from a near-term Democrat-created crisis, we will also allow Democrats to use normal procedures to pass an emergency debt limit extension at a fixed dollar amount to cover current spending levels into December." (Emphasis added.)

Schumer had scheduled a vote yesterday to increase the federal government's ability to borrow. But now that McConnell -- once again -- unleashed his "Play Fight and Surrender" strategy, a dirty, backroom deal is expected TODAY to spend more money that America doesn't have.

Over the past two days, Grassfire has been empowering our team members to rush thousands of "No Debt Limit Increase!" faxes to Washington, D.C. Today, we want to embolden you to do more than that. In addition to faxing Mitch McConnell, here's his phone number so you can call the GOP "leader's" office and tell him what you think:

After calling Capitol Hill, click here or on the banner below to demand Sen. McConnell and the other 49 Senate Republicans vote "NO!" on adding to America's already staggering $29-trillion national debt. For just $30, you can instantly fax those 50 GOP Senators, plus moderate Democrats Sen. Kyrsten Sinema (AZ) and Sen. Joe Manchin (WV). Or reach all 100 members of the U.S. Senate with your "No Debt Limit Increase!" faxes for only $60:

ATTENTION GRASSFIRE VIPS: GO HERE TO SEND YOUR "NO DEBT LIMIT INCREASE!" FAXES FOR 80% OFF! (Not a VIP? Go here to send this fax at an 80% discount.) (Having trouble accessing your benefits? Go here.)

Earlier this week, it looked like no GOP Senator would vote to raise America's debt limit. On Tuesday, Sen. Tom Cotton (R-AR) tweeted, "Sorry, Chuck. Republicans aren't going to bail you out." He also linked to a Washington Post article that clearly explained how Schumer and the Democrats can raise America's "debt ceiling" without Republicans' help:

McConnell has argued Democrats instead should use the process known as reconciliation to lift the cap. The tactic would allow Democrats to adopt spending legislation using 51 votes, as opposed to the normal 60 votes required to overcome a filibuster in the deadlocked chamber.

Democrats have resisted this move, which could require them to raise the debt ceiling by a specific amount, potentially exposing them to a flurry of uncomfortable political attacks. Schumer and other Democrats also have described the process as "risky," potentially taking so much time that the country could default before Democrats even finished legislating. (Emphasis added.)

So, what does McConnell do? He gives Schumer an "out" so the Democrats can save face at a time when they face a party revolt in the House and Joe Biden's approval rating (38% in a recent Quinnipiac poll) is at what Newsweek calls an "all-time low." Some Republican "leader"!

You can call and fax the Senate's senior RINO to make it crystal clear that you want Democrats to get NOTHING from the GOP when it comes to raising the country's debt limit. Let them try to turn America into a tyrannical, socialist oligarchy all by themselves.

If you want McConnell to rescind his offer to help Schumer and the Democrats, you can take immediate action! Demand GOP and "moderate" Senators stand strong and stay united against raising the U.S. debt ceiling. Click here to fax 52 lawmakers now for only $30.

To send your own faxes, click here for Grassfire's list of "No Debt Limit Increase!" targets and their contact information. Thanks, in advance, for making your voice heard today.

P.S. In the midst of the Biden regime's efforts to pass their $4.7-trillion, cradle-to-grave, Big Government boondoggle, Democrats also want to force America even deeper into debt -- and Mitch McConnell is helping them! RINOs and the radical, unhinged Left don't seem to care how much it costs taxpayers to build a super highway to socialism. Take action to demand Senators vote "NO!" on raising America's debt limit. Click here or on the banner below to immediately send your "No Debt Limit Increase!" faxes now:

Biden says he cannot promise U.S. will not breach debt-ceiling limit: 'That's up to Mitch McConnell' (The Washington Post)

'It's not a success': Dems head home after infrastructure stalemate (POLITICO)