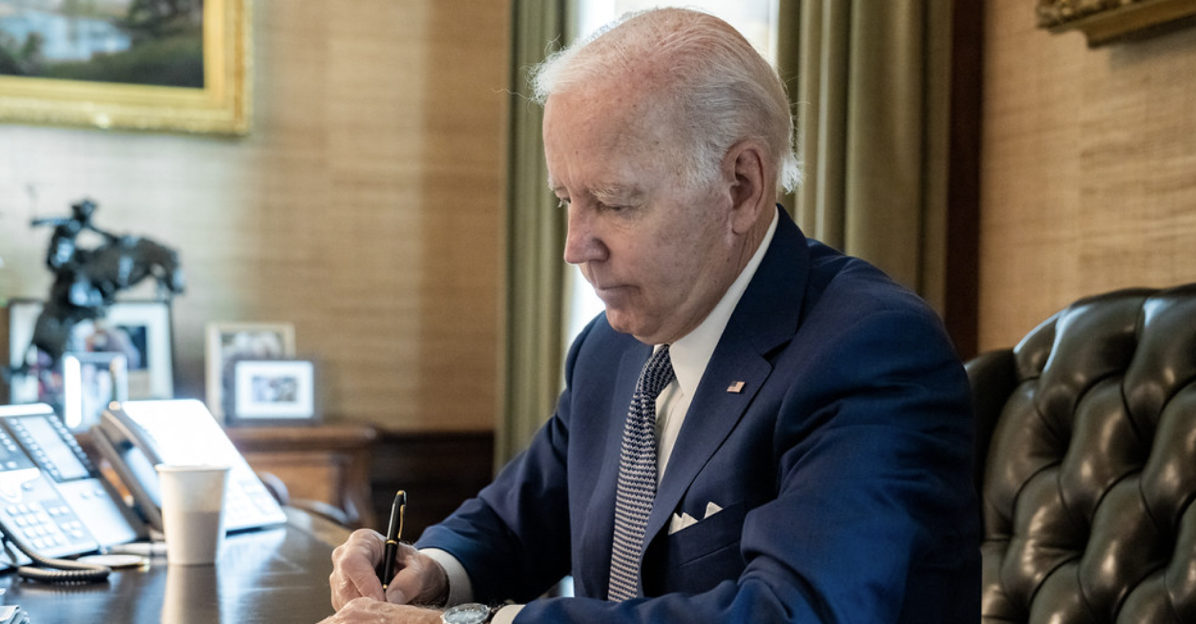 The fallout from Joe Biden's historically divisive "MAGA hate speech" is still being felt across our great nation. Understandably, "America First" patriots are outraged that the "Divider-in-Chief" would speak with such vitriol, anger and hostility to the more than 74 million supporters of President Donald J. Trump.

Last night, both prime-time hosts for FOX News, Tucker Carlson and Sean Hannity, railed against Mr. Biden. Carlson, whose program airs first on the most-watched channel in cable news, slammed Thursday's address — and the man who delivered it — as "authoritarian":

"Joe Biden gave the most threatening presidential speech in American history last week. He spoke in front of a blood-red backdrop, flanked by U.S. Marines. And he delivered, if you take a step back, the blueprint for the rest of his administration: Criminalize dissent, effectively ban the opposition, and use the federal agencies to transform America into a one party state."

In the next hour, Hannity insisted that Biden's "dark and ominous" rhetoric was "by design." He added that the speech revealed the Democrat Party's plan for the upcoming election:

"They want this to be about anything other than their disastrous, failed record. They now want to shift the public's attention to all things Donald Trump. … According to Joe, so-called MAGA Republicans – you are a threat to democracy. We're all enemies of the state – a pretty disgusting, blatant, focus-group tested effort and slogan to distract you, the American people, for what are catastrophic policies and a horrific agenda, and he's doing it just in time for the midterms."

If the Democrats want to make the upcoming election about President Trump, Grassfire is happy to help! Our 3' x 5' "Trump 2024" signs are the perfect way for "America First" patriots, like you, to push back against tyranny, failures and "MAGA hate" from the Biden regime.

Show radical Democrats, the Unhinged Left, Deep State, D.C. Swamp, FAKE NEWS and the "woke" mob what they're most afraid of -- your support for "President Trump, The Sequel"! Fly these bold, patriotic banners with pride outside your home, office, church and/or school. 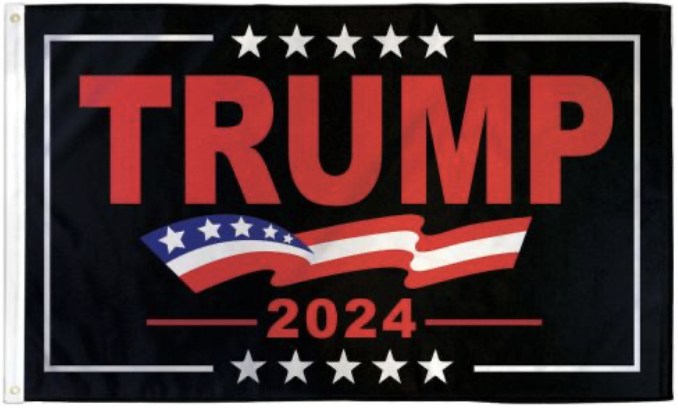 In appreciation for your contribution of $25 or more, we'll send you ONE "TRUMP 2024" flag. Contribute $50 or more and receive THREE! Plus, we'll cover the shipping (via first-class mail) no matter how many you order.

Click here or on the image below now to receive "TRUMP 2024" flags, as our gift, in appreciation for your contribution of $25, $50 or more to help Grassfire build:

These 100% polyester banners have two brass grommets and double stitching on three sides. The fourth side is QUADRUPLE stitched to help prevent tearing. Receive one 3' x 5' American flag for $25 or three for $50. Shipping is absolutely FREE on every order! But we ordered a limited supply, so they're available on a first-come, first-served basis ONLY! Click here to reserve your flag(s) now.

President Trump continues to show he's a fighter, not a quitter, battling against the radical Democrats, the Unhinged Left, Establishment RINOs, the Deep State, the D.C. Swamp, FAKE NEWS and the Hollywood Elitists. Why? For his personal gain? No. He fights to "Make America Great Again." Grassfire's 3' x 5' "TRUMP 2024" flags can empower you to tell your family, friends and neighbors EXACTLY where you stand.

In May 2017 speech, Mr. Trump promised, "I will never stop fighting for the American people." And he hasn't. This latest witch hunt is bound to fail — like all the others. That's why Grassfire wants you to be prepared when, and if, America's 45th Commander-in-Chief announces he's running again. CLICK HERE FOR "TRUMP 2024" FLAGS. Thanks, in advance, for your support today.

P.S. This is a crucial election year with only three months before the midterms. Your support today will help us amplify YOUR VOICE in Washington, D.C. and beyond. Again, our supply of 3' x 5' "TRUMP 2024" flags is extremely limited. So, we're offering them on a first-come, first-served basis ONLY! If you can help Grassfire build with a contribution of $25, $50 or more, you'll receive these bold, pro-America banners as our gift. Go here to reserve yours now:

P.P.S. Become a VIP, get our briefings and SAVE on FaxFires!

Grassfire invites you to become a VIP. This week, our exclusive VIP Briefings included DOZENS and DOZENS of resources about the FBI raid on President Trump, the Biden regime's IRS army and other crucial headlines.

We believe Grassfire's VIP Briefing is the best news digest for patriotic conservatives in the country, and it's delivered first to our VIPs.

Go here to become a VIP. Be the first to receive our VIP news briefings and send personalized FaxFire messages for UP TO 80% OFF.

Sean Hannity: This is by design (FOX News via YouTube)