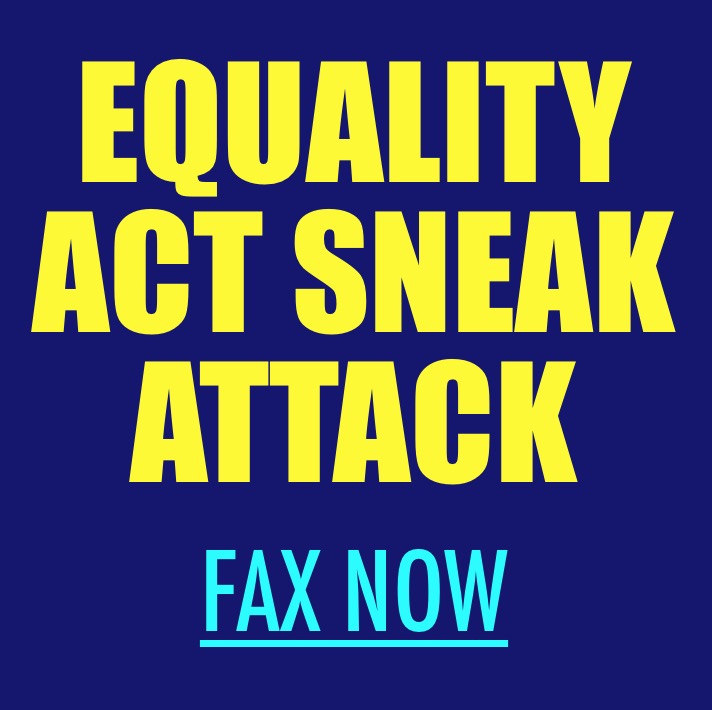 THANK YOU for taking action on the anti-faith Equality Act! With the main bill being held up in the Senate, Democrats are advancing the essence of the Equality Act which effectively criminalizes Christianity through multiple bills. By embedding key components of the Equality Act in several pieces of must-pass legislation, the main points of the Act could soon become law. These bills could impact churches, religious organizations, and Christian schools -- and anyone who dares to stand for traditional ideals of male and female.

These Equality Act "sneak attack" bills are not about "equality." They are about stripping away religious liberties and putting people of faith on the wrong side of the law!

Grassfire has set up a FaxFire so you can let Senators know where you stand on these "sneak attack" bills. Simply select the fax targets of your choosing and get your message delivered to the Senate right now!

UPDATE: We have focused this FaxFire to reach your two Senators and the 11 GOP Senators being targeted by LGBT activists. If possible, select "Level Two" (Bigger Impact) and reach all GOP members of the Senate. (To see a complete list of FaxFire targets and their contact information, click here.)