As a taxpaying, American citizen, you have the power to effect change in Washington, D.C.! Using Grassfire's "Ditch Mitch!" FaxFire, you can demand Senate Republicans replace Mitch McConnell with a new Minority Leader who fully supports President Trump and his "America First" agenda.

Sen. McConnell's recent attacks against Donald Trump have been divisive, unproductive and detrimental to the entire Republican Party. The Minority Leader does NOT deserve to be the top Republican in the Upper Chamber if he's constantly stabbing America's 45th president in the back. That's not leadership! His actions and rhetoric have NO place in the GOP.

POLITICO recently reported: "81% of Republican respondents gave (Trump) positive marks." That same poll also revealed: "Fifty-nine percent of Republican voters said they want Trump to play a major role in their party going forward." Honestly, how can Sen. McConnell lead a party with so many people -- even his own GOP Senate colleagues -- directly opposed to what he thinks?

+ + Senate Republicans MUST Stand With President Trump AGAINST Sen. McConnell! 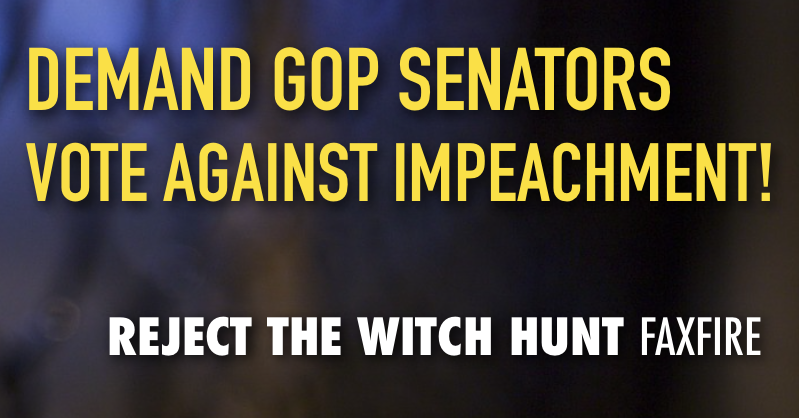 Grassfire is empowering you to demand Senators "Ditch Mitch!" Utilize our unique FaxFire system and call on EVERY Senate Republican to find a new Minority Leader. For just $30, you can instantly fax 50 GOP Senators, urging them to fire Sen. Mitch McConnell and support President Trump!

To encourage MAXIMUM PARTICIPATION, we're offering you a 40% discount on our "Ditch Mitch!" FaxFire. If you want to send your own faxes, click here to see a complete list of FaxFire targets and their contact information.

Once you select your fax level below, you will be directed to a page where you can customize your "Ditch Mitch!" fax message and finalize your order.