"What’s the mortality rate?" and more answers on the dangers of the Chinese Coronavirus 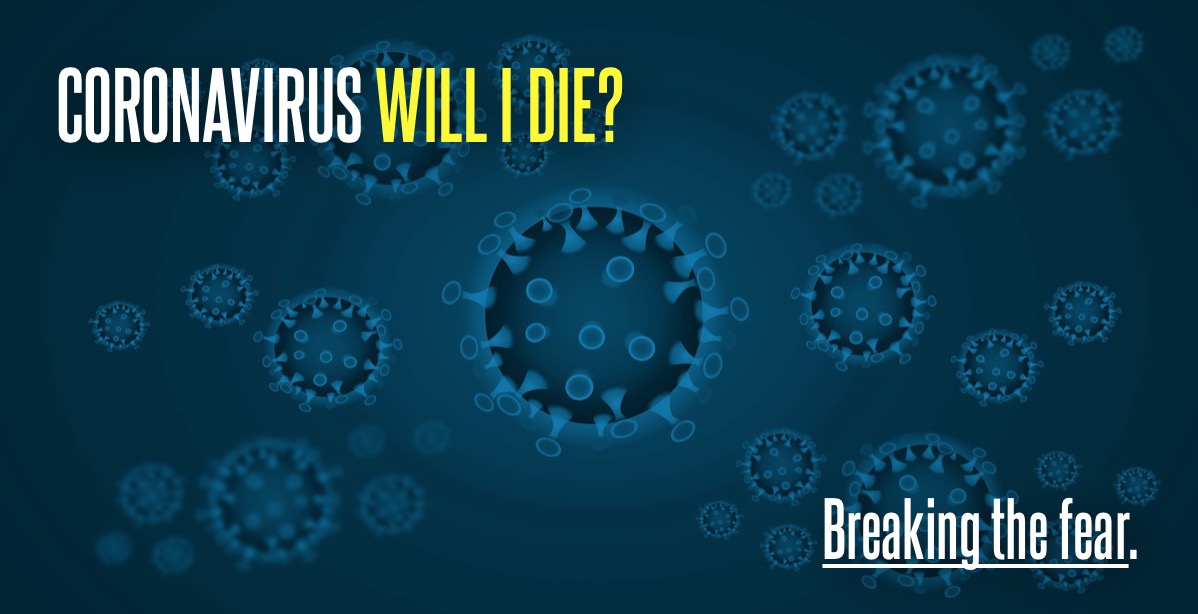 One of the key misconceptions about the Chinese Coronavirus is the mortality rate. This is in large part because many died when the new virus first presented in Wuhan.

Currently, the FEAR PUSHERS are reporting that the mortality rate from this Coronavirus is 3.4%. This started with the WHO Director on March 3 who manipulated numbers to promote the idea that the COVID mortality rate. Note how he mixes mortality ratio (or case fatality rate) with mortality rate:

"Globally, about 3.4% of reported COVID-19 cases have died. By comparison, seasonal flu generally kills far fewer than 1% of those infected."

3.4% was a RATIO and the seasonal flu comparison was referencing a mortality rate. The ratio is based solely on raw data of confirmed cases and deaths while the rate is an estimate based on an extrapolation that adds in estimated cases that were never confirmed by testing. The early predictions of mortality rates for these outbreaks are almost always high and misleading because we simply do not have enough data. (See more on this here.) Once there is additional data, the mortality ratio generally drops, and thus, the mortality rate predictions drop as well. Plus the WHO Director was actually misusing the WHO's own data! The WHO's own report from March 6 said the "crude mortality ratio" (total deaths divided by total infected) is "between 3 and 4 percent."

Here's why this is significant. Much of the push of the global panic has been fueled by this 3.4% number. Without the LIE of 3.4% we may never have moved so quickly to a societal shutdown that now threatens our economy and our jobs and our way of life.

The mortality rate is likely FAR LOWER than currently feared

So what's the best guess for the mortality rate for the Chinese Coronavirus? Here's what Adm. Brett Giroir at the Department of Health and Human Services said last week: "The best estimates now of the overall mortality rate for COVID-19 is somewhere between 0.1 percent and 1 percent. That’s lower than you’ve heard probably in many reports."

If Giroir is correct, then we can stop all the panic. Yes, LOTS OF PEOPLE MAY DIE -- just like the Swine Flu Pandemic of a decade ago or the seaonal flu (which kills 60,000 two seasons ago). Yes, we should take precautions. But this should not be treated as a culture-shifting event.

But is Giroir correct?

South Korea's Mortality Ratio: Most likely, yes. The strongest data set we currently have to project the Chinese Coronavirus mortality rate is coming from South Korea, where extensive testing has been done. Here's the latest data out of South Korea (updated as of 3/23):

The current "crude mortality ratio" in South Korea is 1.2%) -- about a third of the 3.4% discussed commonly. This is consistent with the lower mortality rate in China outside of Wuhan -- .7%.

As more testing takes place in the U.S., the mortality ratio in America is similar to that of Korea. Go here for complete chart and data. This is encouraging data that would seem to indicate the U.S. progression with COVID-19 is tracking closer to Korea and China outside of Wuhan, and Germany than the hot spots of Italy and Spain. Of course, the media willingly fans the flames of panic by only mention gross numbers instead of ratios.

Now add in those who will NEVER be tested...

The Mortality RATIO doesn't take into account those who are infected but their symptoms never necessitate testing. When we add those folks back in, the actual Mortality RATE in the U.S. will be significantly lower than 1.2%. But what percentage of infected folks will never be tested? New research establishes that a significant portion of those infected in China never became confirmed cases -- 86% of all infections were unconfirmed cases early on.

The real data right now indicates a high probability of a CEILING of a U.S. mortality rate significantly less than the current 1.2% mortality ration. I say CEILING because with awareness will come more testing and early diagnosis and better treatments and fewer deaths. If just one in two people who contract coronavirus are never tested, the actual mortality rate for those who contract the Chinese Coronavirus in the U.S. could be .6%; if two thirds never get tested the mortality rate drops to .4%; if 6 in 7 don't get tested, the mortaliy rate cold be as low as .17% (similar to the seasonal flu). (For comparison, the odds of a car crash being the cause of your death is roughly 1%.

For more, read this article that predicts much lower mortality rates and total deaths.

You probably have a 99.5% or better chance to survive

If you are under 50 and healthy, you have about a 99.5% chance to survive the Chinese Coronavirus (more on this here). To put that in context, you could contract a disease with a 99.5% survival rate TEN TIMES and still have a 95% chance you'd survive! The younger you are, the better your odds are. Age 70 and over, based on the data from China, is where the higher mortality risks set in.

We want to be clear. We aren't saying this shouldn't be taken seriously. It should be taken seriously, especially for the elderly and those with current medical conditions. Even a .7% mortality rate could result in a global pandemic that could result in death totals consistent with or even more than recent pandemics. But this does not justify GLOBAL PANIC, shutting down entire nations, disrupting our everyday lives, causing massive job losses, forcing America and the world into global recession, and possibly swaying the outcome of our presidential election!

NOTE: More recently, government officials have been publicly saying the mortality rate for the Chinese Coronavirus is closer to 1%. That's because more and more sources (like Grassfire) were rebuffing the 3-4% reports. So they changed their tactic and started saying this is "10 times more lethal than the seasonal flu" (1% as compared to .1%). Why did they do this? Because it sounds a lot more frightening than DROPPING the projection from 3% to 1%/ But let's remember that the early Swine Flu predictions started out at 4% and ended up being closer to .1%, and the experts really don't know. But the lower projection and the CEILING projection noted above and demonstrated by the Korea data is looking better and better.

Tweet
What is the real coronavirus mortality rate?
Read the blog at Grassfire