Take a stand against the coronavirus fear machine. Sign the "No Fear" statement and resist unconstitutional encroachment on our lives 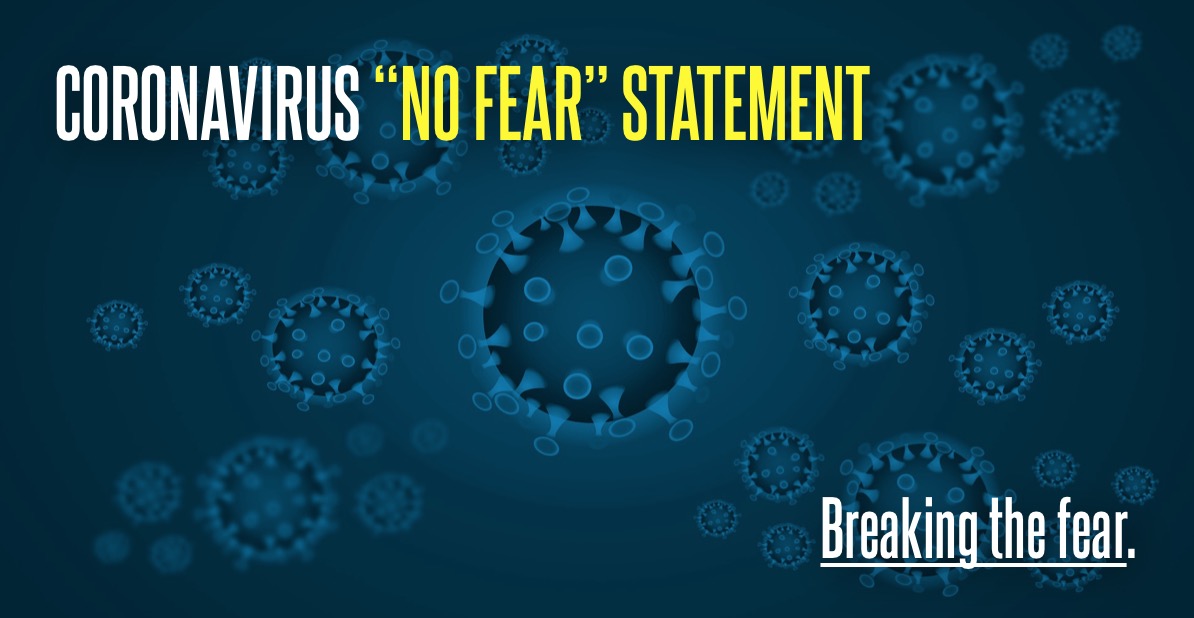 Grassfire wants to empower our team members to stand strong against the FEAR MONGERING over the Chinese Coronavirus and the threat of government encroachment on our lives. In response to the mass hysteria and misinformation surrounding this outbreak, we've launched a national "Fight The Fear" statement and are asking you to add your name. Take action now to push back against the panic with the truth about the illness.

By signing, you can help BUST the MYTHS being pushed by the FEAR-BASED MEDIA COMPLEX. While the virus MUST be taken very seriously, it does not justify GLOBAL PANIC. Everyone needs to take prudent steps to protect themselves and their families by minimizing risks. But, as Americans, we also must REJECT THE FEAR NARRATIVE and insist on living life as normally as possible.

The "Fight The Fear" Statement reads:

I will FIGHT the tidal wave of FEAR that is gripping our nation over the Chinese Coronavirus while calling on our leaders to not impose unconstitutional restrictions on our liberties in an effort to combat this virus. While I will take every precaution to protect myself and my loved ones, especially the elderly, I reject the fear narrative being pushed by so many in the media. Instead, I will educate myself about the true threat posed by this virus and encourage my family, friends and elected officials to reject major disruptions to our lives. And I will not fear. As commanded in Joshua 1:9, I will "be strong and of a good courage."