In 2006, it global warming extremism had reached an apex. Al Gore was running around the country with his unsubstantiated video, a Republican President was on board, and it seemed world progress would soon be haulted in favor of saving the planet.

Enter Grassfire, with our innovative and somewhat tongue-in-cheek effort to expose the lunacy called "Carbon Belch Day." It was sheer brilliance... 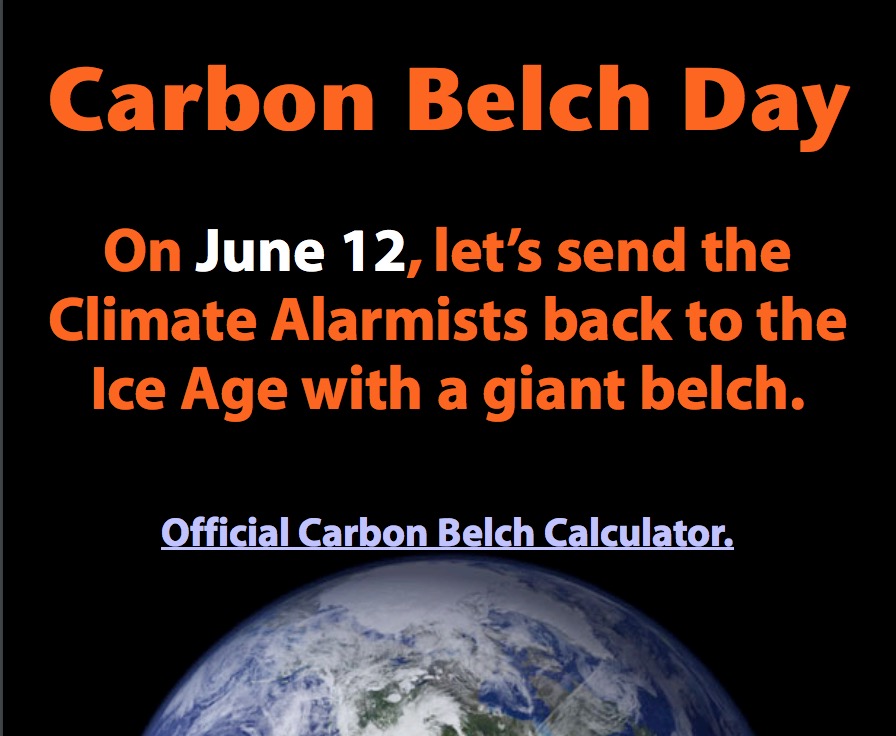 decided to invite citizens across the country to pledge to release one, massive carbon belch on one particular day (June 12, 2006). So we complied published estimates of equivalent carbon usage to calculate just how much carbon an average American could "belch" on that day by doing sinister and allegedly planet-destroying activities like driving their car, or mowing the lawn, or grilling some steaks. And created a website to allow citizens to "pledge" their belch on that day.

The campaign gained considerable notoriety, including the Neil Cavuto interview above. In the interview (at about 1:50 of the video), you will note that when challenged by Cavuto that the campaign was wasteful and costly symbolism, I connected this effort to another "wasteful" campaign -- the Boston Tea Party. Of course, the modern Tea Party would emerge the following February, but it is clear that the sentiment behind the idea was already brewing.

Like many controversial issues, Grassfire ran out in front and took what was at the time a risky position. Many of our own team members questioned our actions. Today, most conservatives agree that climate alarmism is more religion than science -- where radical lefties regained their footing after losing the Cold War and the intellectual battle against communism and collectivism. Of course, the battle continues today. The activists and media have conveniently replaced "global warming" with "climate change" so that they can blame even cold weather, blizzards... everything.... on global warming. And they announce that we are "deniers." We think they are the ones in denial.

With our permission, the idea was continued by another organization for a few years. The remnants of the effort can still be seen here.

One of the best videos debunking the hysteria is called The Great Global Warming Swindle: