If You Want Witnesses In The Senate Trial, Take Additional Action!

Tell GOP Senators To Call The Democrats' Bluff By Faxing Them NOW!

Speaker of the House Nancy Pelosi (D-CA) held the articles of impeachment passed against President Trump for more than a month. She lost her gamble demanding Senate Majority Leader Mitch McConnell (R-KY) allow new witnesses at trial. McConnell refused to "do House Democrats' homework for them" by enabling an extension of their investigation. That should have been done BEFORE their impeachment vote.

But after Pelosi finally relented and began the process of sending the articles to the Upper Chamber, a small group of Senate Republicans pitched McConnell on the idea of "witness reciprocity." The basic premise is that if Democrats get to call a trial witness, the GOP does, too.

+ + TAKE ACTION: Tell The Senate To Bring On The Bidens AND The "Whistleblower"! 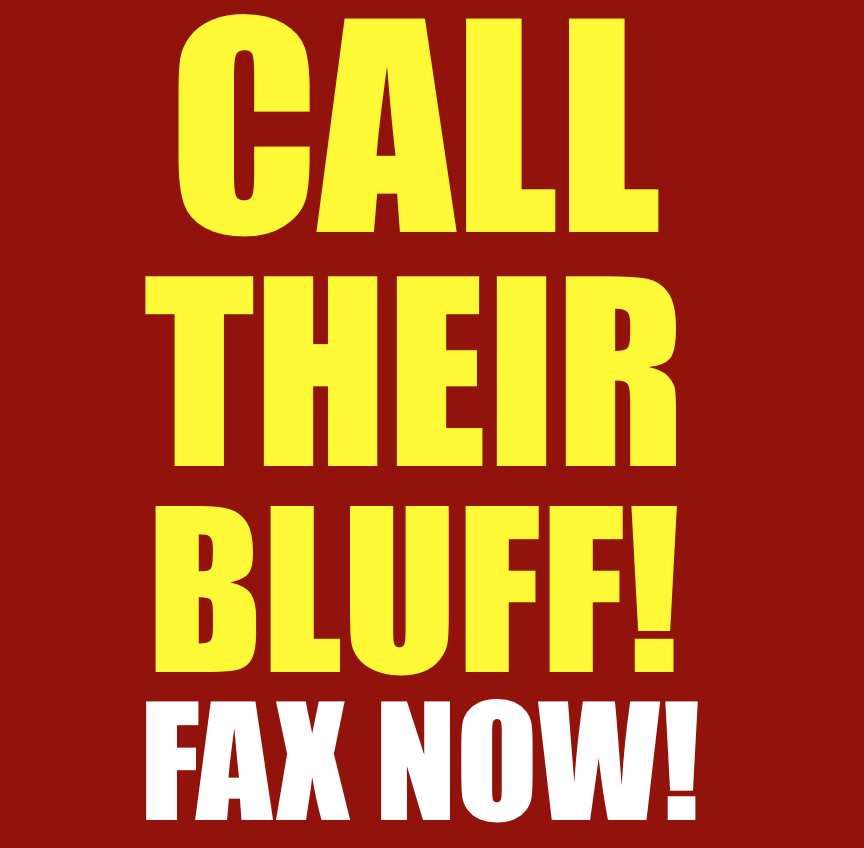 The fact is, Republican-called witnesses during the impeachment trial could help exonerate our Commander-in-Chief and finally end this second outrageous Witch Hunt against him. Having Joe Biden and his son Hunter testify about corruption in Ukraine could justify President Trump's call for an investigation. Also, Mr. Trump would be able to hear from his accuser -- the so-called "whistleblower."

It's critical for Senators to hear from grassroots Americans, like you! So, Grassfire has set up a special "Call Their Bluff!" FaxFire to immediately fax your personalized message to key Republicans and Democrats in the impeachment fight. Simply select your FaxFire level below to get started! (To see a complete list of Senate targets and their contact information, click here.)

Once you select your FaxFire level, you will be directed to a page where you can customize your message and finalize your order.

Tell GOP Senators To Call The Democrats' Bluff: Demand Witnesses In The Trump Impeachment Trial!
If You Want Witnesses In The Senate Trial, Take Additional Action!
Read the blog at Grassfire