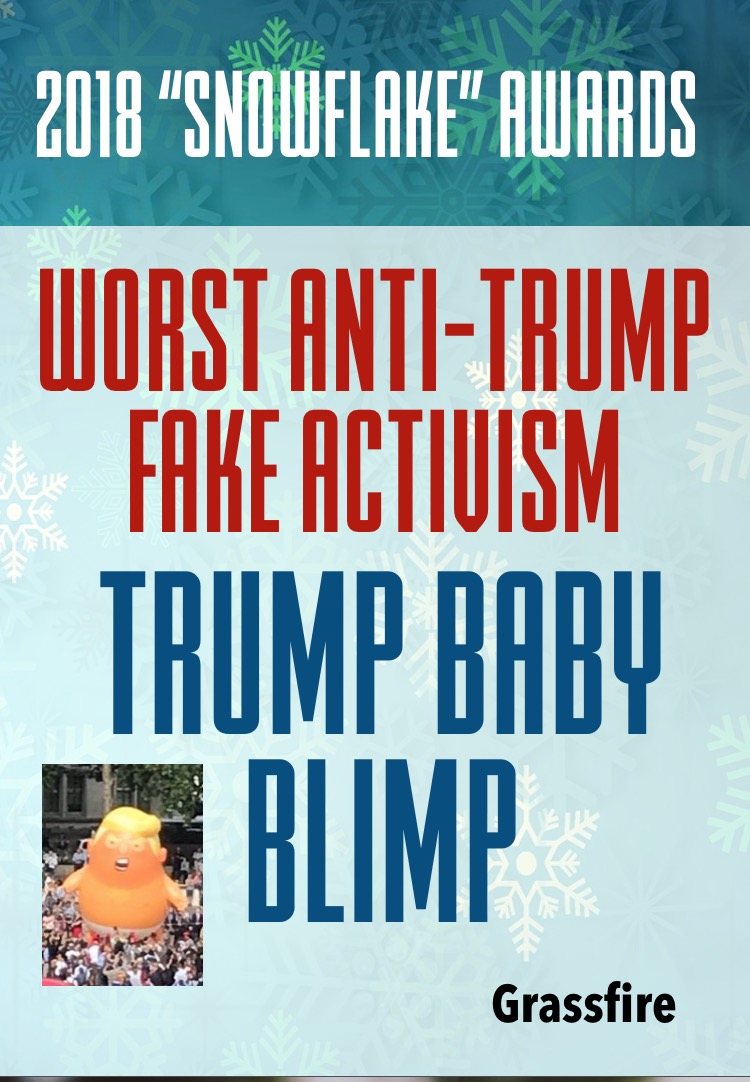 This was actually the most difficult category for our selection team because there were so many good candidates. But it came down to two efforts from our friends across the pond: babies against Trump and the Baby Trump Blimp.

It's pretty shameful to put a "babies against trump" sign on your newborn, so that would have certainly been a worthy winner. But the anti-Trump "blimp" has to take the cake because...

It wasn't a blimp!

More like a large a balloon. Although the Washington Post hailed it as a "giant blimp" with these words, "It's big, it's orange, and it's wearing a diaper." the Guardian said it "captured the country’s imagination and mobilised people against Trump." Hey, Guardian, we won the war. Your country is a mess. How's Brexit going?

So we recognize the Baby Trump Blimp as the worst Snowflake anti-Trump effort of the year, and look forward to more worthy contestants in 2019. 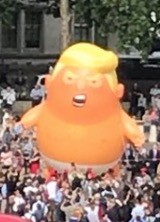